In the fall of 2012, investors in junior Canadian gold company Banro Corp. had a lot to feel good about. After about a decade and a half of toil, its first gold mine in the Democratic Republic of Congo (DRC) began commercial production.

Banro had the backing of Blackrock Inc., one of the biggest institutional investors in the world. The company had also started construction on a second mine, which was due to come on-stream about a year later. Meantime, gold bullion was trading around US$1,700 an ounce, only about US$200 shy of its record high. Banro's own shares were on a roll too, with the company trading at a market value of around $900-million.

But 5 1/2 years later, Banro has crashed. Its shares collapsed to pennies a share before regulators halted trading in November. Then shortly before Christmas the Toronto-based company filed for court protection from creditors. While the company is still operating, its future is very much up in the air. Common shareholders are set to be completely wiped out and creditors owed about US$379-million are facing a major haircut.

"At one time when it was up there, it had a number of different suitors." But now he says Banro has become a "booby prize."

Banro has had a tortured run since its inceptions. Its gold resource in the mountainous region of eastern Congo is considered world class. But having a high-quality asset has never guaranteed success. During its star-crossed history, the company has been dealt a host of problems including civil war, employee kidnappings and rebels blocking access to one of its mines. The company has also encountered delays and cost overruns. Banro serves as a cautionary tale for investing in a frontier market – and illustrates that when things go wrong in mining, they can go really wrong.

In the mining investment, there are various grades of geopolitical risk. The DRC is at the top of the list. Although blessed with natural resources, DRC has a history of violence, political corruption, profound poverty, woeful infrastructure and rampant infectious disease.

"A tropical war zone, where if the militias don't kill you, the mosquitoes will," Rick Rule, president and CEO of Sprott U.S. Holdings Inc., said of the environment Banro is facing. Mr. Rule is a long-time DRC investor and onetime Banro shareholder.

The eastern part of the country, where Banro's assets are located, is known as a particularly rough spot. Finding qualified staff is difficult. Roads and bridges are often in terrible shape. Power is nonexistent in some places. The remoteness of Banro's mines, which are about 1,500 kilometres from the capital city Kinshasa, also adds to its problems.

"The challenge here is not to go crazy," Banro's chief executive officer, Mike Prinsloo, said in a 2010 interview with The Globe and Mail.

Early on in its existence, the company had a lesson in how tough it was going to be in DRC. In the late 1990s, as the country endured a bloody civil war, Banro had its assets seized by the government – then led by president Laurent Kabila – putting a halt to its exploration efforts. Later, a number of employees and legal advisers were jailed for treason.

In 2002, Banro reached an agreement with the new president that saw it make major concessions, including giving up rights to all minerals on-site apart from gold. By late 2004, the company was once again exploring for gold, eventually uncovering major reserves at its Twangiza site. The stock took flight as the company set its sights on building its first gold mine. Banro attracted the interest of Blackrock's star mining fund manager, Evy Hambro, and by 2011 the institution had amassed an 11-per-cent equity stake in the company.

Mining is an extremely capital-intensive business. While Banro was building its first Twangiza mine, the company tapped the equity markets frequently to raise capital. In 2012, a few months before Twangiza went online, the company turned to the debt market in a big way, raising US$175-million in notes that would come due after five years. Some saw that as a risky move. The company was also betting that cash flow from Twangiza would help pay construction costs for Namoya, its second mine.

"They made some assumptions that everything would go according to plan," Mr. Rule said.

But things did not go smoothly at Twangiza, once it started commercial production in September, 2012. Production targets were missed as the company dealt with setbacks such as bad weather and equipment malfunctions. Meantime, construction of Namoya fell years behind schedule and costs ran drastically over.

Then gold prices crumbled, sinking by about 40 per cent over the next four years. Worldwide, investors bolted from gold companies with the riskiest portfolios.

By 2014, as the cost of its capital skyrocketed and with its share price in the dumps, Banro was forced to seek an alternative source of capital. Gramercy Funds Management, a Connecticut-based hedge fund, invested US$40-million via a preferred share offering in February, 2014. Eventually Banro cut streaming and forward agreements with Gramercy, which meant Banro agreed to sell a portion of its gold production at prices far below market rate. In December, 2015, Chinese investment fund Baiyin International Investment got involved, and pumped US$99-million alongside Gramercy into Banro via equity, a term loan and a streaming deal. Banro's balance-sheet was getting strained.

Banro, Gramercy and Blackrock did not respond to requests for comment.

In January, 2016, the company's second mine, Namoya, finally started commercial production. But the company was under severe financial stress. The US$175-million in debt raised five years prior was coming due soon, with Banro seemingly unable to pay. In February, 2017, a major restructuring was unveiled that saw the debt refinanced with a new maturity date four years out. Gramercy and other preferred shareholders took a significant loss, swapping their securities for common equity. Gramercy doubled down, infusing even more money into Banro.

As the company restructured, tensions in DRC flared. Around 2010, local populations were displaced in the area where Banro built its first mine. In many cases, the company paid for relocations and tried to hire locals. Banro also set up a charitable foundation. But problems arose.

"The critical issue here has been the displacement of artisanal gold miners previously working in or around the company's concessions," said Ben Radley, a researcher at the International Institute of Social Studies, who specializes in gold mining in the DRC.

Such displacements of thousands of miners who had previously dug for ore by hand "fostered a lot of resentment" against the company, he added.

Over time, a road leading to Banro's Namoya mine came under the control of local militias, who teamed up with members of displaced communities, Mr. Radley said.

In March, 2017, as the company was trying to regain its financial footing, five employees were kidnapped from its Namoya mine by a rebel group protesting the company's treatment of artisanal miners. The employees were eventually released. In July, a convoy of supply trucks travelling to the same mine was trapped in a crossfire between the Congolese national army and an armed group. Then in September, rebels blocked off road access to Namoya and Banro was forced to suspend production at the site.

The company was soon facing yet another liquidity crunch. On Dec. 22, it was granted protection from creditors under the Companies' Creditors Arrangement Act (CCAA).

If one can salvage any good news from the creditor protection filing, it's that its two chief backers, Gramercy and Baiyin, are sticking with the company. They have injected US$20-million in debtor in possession (DIP) financing to keep the company operating.

Under the terms of the proposed restructuring, debt holders are due to swap their securities for equity. That will inevitably entail taking a major haircut. Banro's obligations under gold-forward agreements will also be deferred for a number of years. Since entering creditor protection, production has restarted at its Namoya mine, meaning a key cash-flow source has returned. There's also an outside chance the company could be sold, but a bidding war is not expected.

Mr. Rule, for one, says Banro can rise again, and says Sprott might even consider investing in an overhauled version of the company, on conditions including a revamped capital structure that made sense, a credible business plan and a new management team with experience operating gold mines in frontier markets.

As to where Banro went wrong? It was run with little or no margin for error, Mr. Rule said. Too much debt on the balance sheet; not enough equity.

"What you learn in the mining business is that you should always be a little overcapitalized," Mr. Rule said. "They took a risk and they lost."

With files from Geoffrey York 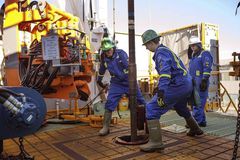 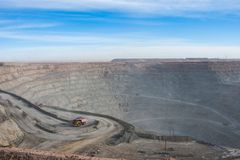