Gordie Howe got his first pair of skates when his mom brought home a burlap sack filled with items she'd bought from a neighbour. The skates were too big, so five-year-old Gordie stuffed wool socks into the toes and headed for an outdoor rink.

In the 82 years since Mr. Hockey first laced them up, equipment has transformed into a high-tech, big-ticket purchase – and the process of buying new gear has undergone a similar shift as consumers fixate on performance and fit.

Soon, today's generation of hockey players won't even need to leave the store before hitting the ice.

In an effort to jump-start hockey equipment sales at a time when growth for the sport is slowing, hockey equipment giant Bauer is embarking on a bold expansion – building a chain of large superstores with ice rinks inside.

The stores are being targeted at large hockey markets, with the first slated to open this summer in Boston, followed by Minneapolis-Saint Paul in September, and then Canada. Initially, nine locations are planned, including sites in Toronto, Montreal and Vancouver in the next few years.

The notion of putting a large ice surface – expected to be roughly half the size of an NHL hockey rink – inside a store is no small undertaking. Some hockey retailers offer plastic ice, good for shooting pucks or stick-handling. But Bauer is betting the real thing will encourage players to test out sticks and skates, and let goalies sample gloves and pads, in a more authentic environment. To avoid damaging new products, the store will make demos of its various lines available in different sizes, the company said.

Kevin Davis, chief executive officer of Performance Sports Group Ltd. (PSG), the Exeter, N.H.-based company that runs Bauer Hockey, said it was important that the ice surface be significant in size, even though it comes with higher overhead.

"We wanted to make sure that the ice has enough room to actually take shots on a goalie ... not just have it be a 10-feet by 10-feet piece of synthetic ice," Mr. Davis said. "Synthetic ice is better than nothing. But actually trying it on ice is where you're going to be able to experience it."

The move is also an attempt by Bauer to claim a bigger share of the fiercely competitive hockey market by attracting customers into Bauer-only stores, where the company can focus people on its products. The strategy takes a page from Nike Inc., which opened the first Niketown in 1990 and reshaped the athletic shoe market with a one-brand, super-store approach, and the Apple Inc. strategy, which designs its retail locations as gadget playrooms.

Though retailers risk alienating consumers who prefer to shop several brands at once, they gain the ability to showcase more of their own products.

"We're breaking new ground for hockey. But we're following a very well-paved road here," Mr. Davis said. "This is not going to be an outlet store. There is nothing about this that's going to be discount or close-out. This is going to be a premium positioned store. It's going to be the Apple store for hockey equipment."

To accommodate the rinks, the stores must be big. At about 20,000 square feet, they will approach the size of larger retailers, such as Wal-Mart or Home Depot. Though PSG won't discuss specific costs, the stores are believed to run a few million dollars each to build. Despite the price tag, Mr. Davis said they are not intended as money-losers. "We think in the first 18 to 24 months the stores will be profitable," he said. "It will be an incredibly efficient use of marketing dollars."

Founded in 1927 by the Bauer family of Kitchener, Ont., the company has gone through several owners over the years. It was bought by Oregon-based Nike in 1995 when the shoe maker looked to expand into hockey. When Nike later lost interest, the brand was sold in 2008 to private equity firm Kohlberg & Co., and Quebec-born businessman Graeme Roustan, who set out to revitalize Bauer Hockey.

PSG was taken public in 2011 and Bauer has been searching for ways to expand hockey sales. Though PSG also makes gear for lacrosse and baseball, most of its roughly $100-million (U.S.) in annual pre-tax earnings comes from hockey.

Trevor Johnson, an analyst with National Bank Financial, said that even though the up-front costs for the new stores will be significant, the strategy will be an effective brand differentiator against rivals such as CCM, which is owned by Reebok.

"The big thing is stealing market share from competitors in a constrained industry," Mr. Johnson said. "It's capital intensive, but once you have it up and running, aside from the cooling costs and all that, I think you can make that case that this is a positive investment, not just a loss-leader."

The nine planned locations include the Original Six NHL cities – Toronto, Montreal, New York, Boston, Detroit and Chicago – as well as Vancouver, Los Angeles and Minneapolis-Saint Paul. If the model proves successful, Mr. Davis hasn't ruled out locations in other NHL cities down the road, particularly in Canada.

But the company must walk a careful line: As it seeks to grow the business with Bauer-only stores, it must also make sure it doesn't overly cannibalize sales at independent retailers that carry its products alongside other brands.

"We've got over 1,400 retail outlets in North America, so we're not going to replace hockey retail, we're going to augment it," Mr. Davis said. "We're trying to focus this on where there are a high concentration of hockey players, and not over do it." 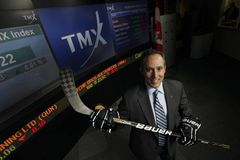 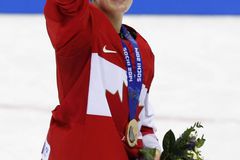 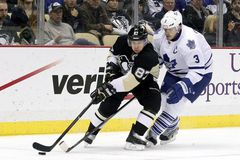