Despite controversy over a "success fee" that it paid for an earlier South African contract, Bombardier Inc. is in a strong position to win more business from the same rail project, a senior South African official says.

Bombardier's rail division is one of three finalists in the bidding to supply 48 coaches for the high-speed Gautrain rail link between Johannesburg and Pretoria. The contract would be worth an estimated $285-million (U.S.).

The Montreal-based manufacturer is "at an advantage" for the contract because it built the existing 96 coaches for the Gautrain, and the new coaches would be a similar design, according to Jack van der Merwe, chief executive officer of the Gautrain Management Agency.

And in the longer term, Bombardier is expected to be among the front-runners for a much bigger contract to supply as many as 350 coaches for a proposed expansion of the Gautrain, which would add 150 kilometres to the existing 80-kilometre rail network.

Bombardier's tactics for winning the original Gautrain contract have sparked media headlines and an official investigation. Bombardier paid for the services of a Tunisian middleman, Youssef Zarrouk, who helped a Bombardier-led consortium win the Gautrain contract in 2005. The contract eventually generated about $2-billion for the company.

In an interview with The Globe and Mail published last month, Mr. Zarrouk said he received a "success fee" of $3.5-million from Bombardier for his work on the Gautrain contract, in which he collaborated with a South African lobbyist and businessman who has close connections to the ruling party, the African National Congress.

A Bombardier spokesman told The Globe that it hired Mr. Zarrouk as a "sales representative" on the Gautrain project. He said the payment was within the norms of the industry.

An official South African investigative agency, the Public Protector, opened an investigation into the Gautrain contract in 2015. But the case has been delayed by budget shortages and a backlog of other alleged corruption cases.

Despite the controversy, Mr. van der Merwe has said that he accepts Bombardier's explanation for the payment to the middleman.

For the latest contract, his agency expects to choose one of the three finalists as its preferred bidder by February or March, and will then begin negotiating the final details, he told The Globe in an interview.

In addition to Bombardier, the other finalists are consortiums led by the Chinese rail manufacturer CRRC and the French multinational Alstom. The Gautrain management agency has told the bidders that 65 per cent of their train components must be from local suppliers.

"Bombardier are at an advantage," Mr. van der Merwe said. "But they're not the only bidder, and the only way they can get it is if they sharpen their pencils. The more serious the money constraints are, the more we're going to look at the value."

The contract, which would increase Gautrain's rolling stock by 50 per cent, is considered necessary because of congestion on the lines. Eight years after its opening, Gautrain attracts about 64,000 passengers every weekday.

At rush hour, the trains are so crowded that Mr. van der Merwe himself is sometimes unable to board. "They throw me off my own train, because it's chock-a-block," he said.

"At the peak times, we're running every train that we have. We are being constrained by the amount of rolling stock. In retrospect, we should have purchased more cars, and that's why we're now rushing to do it."

Within the next decade, Mr. van der Merwe is hoping to launch an ambitious expansion of the Gautrain, adding 19 stations and 150 kilometres of track. It would serve, for the first time, the sprawling townships of Soweto and Mamelodi, as well as other fast-growing districts.

It could be difficult to persuade South Africa's cash-strapped government to finance the expansion. The management agency is arguing that the project will be necessary to serve the fast-growing population of Gauteng province, the country's industrial heartland. It forecasts that this population will make about 24 million passenger trips daily on all forms of transport between homes and workplaces or schools by 2037.

Critics have complained that the Gautrain is primarily a service for affluent passengers and requires a regular subsidy from the government. By some calculations, the government subsidy is up to $5 a passenger.

Its defenders say it has encouraged motorists to give up their cars and switch to rail, while stimulating economic development in many regions of Johannesburg and Pretoria.

For many residents in the largely black township of Soweto, the Gautrain expansion could save 86 minutes on a typical commute to the Sandton business district, Mr. van der Merwe said. 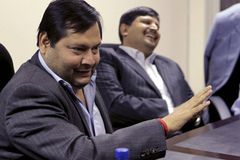