The federal government is signalling that the country's newspaper industry is set to get financial help, with the minister in charge of the file vowing of measures in this year's budget and officials ready to meet with publishers to talk details.

The exact value and details of the financing will be laid out in the budget that has been delivered in late March each of the past two years.

Expectations are high that the Liberals will allocate more money and change the rules around the Canada Periodical Fund to provide funding beyond print magazines, non-daily newspapers and digital periodicals as the industry looks for a viable business model in the digital age.

Heritage Minister Melanie Joly discussed the matter during a meeting Thursday with representatives of the Federation nationale des communications, a Quebec union that represents 6,000 people who work in culture and communications.

Union president Pascale St-Onge said Joly told the gathering "there would be a support measure in the next budget" without specifying the funding formula the Liberals would use.

Last week, Prime Minister Justin Trudeau told the newspaper Le Soleil that he was preoccupied with the financial crisis facing media in Canada and that a decision on federal funding would come in the next budget.

"We've had an indication from the prime minister's mouth and from the minister's mouth that there will be help for newspapers, so both of those are very encouraging," said Bob Cox, chairman of News Media Canada, a trade association representing almost 1,000 newspapers in the country.

The government said an announcement will be made in the coming weeks or months concerning the $75-million periodical fund to help.

"Journalism is critical to a healthy democracy. We have always supported local journalism and will continue to do so. We have been clear: we will not bail out models that are no longer viable," Joly's official Twitter account tweeted Friday afternoon.

"We are currently reviewing the Canada Periodical Fund to make sure it can support magazines and local papers to innovate, adapt and transition to digital."

The government has been bombarded with ideas on how to help the industry that has watched mounting layoffs in newsrooms as companies look to cut costs and shutter publications.

A 100-page report from the Public Policy Forum last year called for a sales tax on foreign companies selling digital subscriptions in Canada, a "Future of Journalism and Democracy" fund to help finance reliable news and information with $100-million in federal seed money, a new "local" mandate for news agency The Canadian Press and changes to the CBC's online advertising.

The Quebec union and News Media Canada have called for changes to the periodical fund.

"When we looked at this, the periodical fund seemed to be the best vehicle for introducing an emergency measure in the next budget that would be able to administer funds for the daily and weekly news media, " St-Onge said.

Joly, she said, "seemed to agree that the periodical fund is certainly the easiest way to support print media."

Changes to the periodical fund were of particular interest to Joly's officials when the minister met with Cox and other publishers in mid-September. A briefing note prepared for the meeting noted that News Media Canada's proposal to morph the periodical fund into a $350-million journalism fund to, among other things, provide rebates on newsroom salaries and expenses, would require about $275-million in new federal spending.

Officials told Joly to ask Cox and other publishers what they believed "would constitute the minimum level of financial support that would make a positive difference for the industry."

The Canadian Press obtained copies of the documents under the access-to-information law.

Cox said that any funding would be helpful to preserve jobs and possibly bolster the number of newsroom staff as the industry looks for a viable business model.

"The goal is to maintain the journalism through transition," said Cox, publisher of the Winnipeg Free Press.

"We know how much capacity has been taken out of reporting in communities across the country and we want to maintain that capacity while news organizations struggle with what their futures will be." 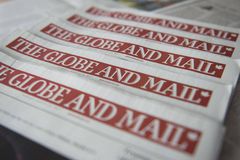 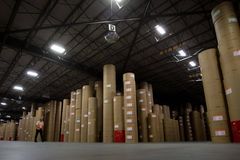