Two previous posts, here and here, have discussed the potentially revolutionary impact of road vehicle automation, particularly on the automobile industry. The deployment of driverless cars could well cause this industry to shrink by half or more. This post focuses on the impacts of driverless cars – more specifically autonomous taxicabs (ATs) – on public transit, which could be equally dramatic.

I argued in the previous posts that provision of AT services will be the main use of driverless cars, which are moving rapidly towards production and deployment. You will be able to summon an AT using your smart phone, and direct it to leave you at your desired location, at a cost that is about a third of current taxi fares and thus comparable to the user cost of public transit. (AT services will normally not need government subsidy.)

Travelling in an AT will be incomparably better than travelling by bus or even streetcar. As a consequence, ATs will replace much transit as we know it.

ATs will be better because they will travel door-to door and provide a more comfortable journey than any transit service could provide. They will be speedier, except along highly travelled routes, for which something like present heavy-rail services – subways or suburban trains – will still be required.

ATs can be narrower (the smallest might have only two facing seats), drive more closely together (three vehicles will fit across two lanes), and follow each other at shorter distances (at one-second-or-less intervals rather than two seconds), and they will be more likely to be shared. As a consequence, ATs will be able to carry up to four times as many passengers per lane as human-driven cars (8,000 rather than 2,000 per hour). Even with this advantage, roads could not cope with the flow from the TD Centre. Moreover, there are several other highly occupied office towers at or close to the intersection of Toronto's Bay and King Streets. There could be even worse congestion at this area's set-down and pick-up points for ATs.

Locations such as Bay and King will continue to require heavy-rail transit – subways or regional trains – capable of moving tens of thousands of people per hour per direction. Peripheral stations on the lines serving the dense districts could be served by ATs, as would the dense districts themselves outside of busy periods. Heavy rail lines need extend only from high-density areas to the nearest place where passenger activity would be at a level low enough to allow for ready access by ATs during peak periods.

Bus systems are almost always well within the capacity of AT systems and will also likely not survive. This includes school bus systems, which in Canada are responsible today for much more movement of people than urban transit systems.

Thus, driverless cars could bring a major shrinkage in transit systems as well as in the automotive industry. However, an AT service would be a form of public transit and thus public transit may be considered due for major expansion, albeit in a very different form from what we have now.

In my next post on this topic I'll address energy concerns relation to vehicle automation. Will more cars on the road mean more energy use? Will automation facilitate the use of electric traction motors rather than internal combustion engines? Will driverless electric cars be able to get their power directly from the grid, which can be much more efficient than using on-board batteries?

How driverless cars will navigate into the mainstream
December 26, 2012 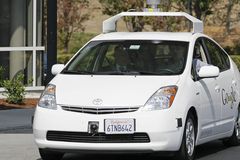 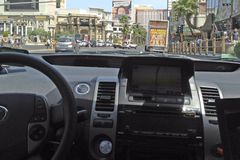