Amid a wave of store closings, a couple of mid-market apparel retailers have found new owners and are mapping out a turnaround strategy, banking on bucking the trend of shrinking fashion chains.

Men's clothing retailer Grafton Fraser Inc., which runs Tip Top Tailor, said Wednesday it has acquired 35 Jones New York women's wear stores that had been expected to close – and plans to expand to at least 50 outlets in the next five years.

Last week, Stern Partners Inc. said it has a deal to buy almost all the Comark Inc. stores. Comark, which has been operating under creditors' court protection since March, owns women's apparel chains Ricki's and Cleo as well as denim specialist Bootlegger.

The new owners are betting they can find a niche even as big foreign fashion chains flood the market, often offering low prices and trendy styles, raising the ante for domestic players.

"I don't think there's a need for Canadian retailers just to roll over because some big chains are coming," Ronald Stern, chief executive officer of Vancouver-based Stern Partners, which owns denim chain Warehouse One, said in an interview. "To be somewhat of a contrarian is often a good strategy."

The acquisitions come as the retail sector feels the squeeze of a crowded market and the collapse of giant discounter Target Canada, which closed its 133 stores this year after filing for court protection. A slew of other retailers have faltered, ranging from fashion chain Mexx to electronics purveyor Future Shop, as more business moves online and discount titans become more dominant.

"It's a tough market because there's so many retailers going after a similar demographic," said June Doyle-MacLean, a retail consultant and veteran of the industry. "You can only slash and burn prices so far and remain profitable."

But retail operators with the resources to expand and focus on distinctive niches can find some attractive store lease rates as other merchants close, giving retailers more bargaining clout with landlords, Ms. Doyle-MacLean said. Retailers also can find opportunities to bolster their e-commerce business, which both the Comark and Jones New York chains intend to do, company executives said.

Grafton Fraser said it has signed a long-term agreement to enable Jones New York to launch an online selling site. It has a deal with Authentic Brands Group, which purchased Jones New York in April, to operate Jones New York e-commerce in Canada.

Jones New York, a privately held women's clothing company that had announced in late January that it would close all 127 of its retail stores, including the Canadian locations, plans to introduce an e-commerce site in March, Dave McGregor, chief executive officer of Grafton Fraser, said in an interview.

Both Jones New York and the Comark chains plan to focus on an older demographic than the teenagers and twenty-somethings to which many of the foreign cheap-chic chains cater.

Jones New York, known for its career wear for women 30 to 50 years old, will add more coats and jackets to respond to customer demand for more outerwear in colder weather, Mr. McGregor said. As well, the chain will add shoes, handbags and lingerie to its offerings, he said.

Privately owned Grafton Fraser, which has been working on cashing in on a heightened interest among men for fashion – and burgeoning sales of men's clothing – is now counting on benefiting from the women's market, which, over all, is larger than that of men's but essentially not growing.

While Canada's men's wear sales rose 8.6 per cent to more than $8-billion in the year ended May 31, the $13.5-billion women's market stayed about the same in the same period, according to researcher NPD Group.

Still, Jones New York is an iconic name in women's fashion and performed relatively well in Canada, compared with other specialty chains, Mr. McGregor said. "I just didn't want to see that brand disappear like others have in the past few years."

On the real estate front, both chains see future opportunities. Mr. McGregor said Jones New York will look for good lease deals in some of the country's top malls at a time of growing vacancies as other retailers close.

Comark's chains, which ring up about $345-million of annual sales, are attractive partly because of their valuable leases in some of the best malls, Mr. Stern said. It is buying about 300 of the roughly 340 Comark stores. "We are getting quite a portfolio of leases that would be very difficult to assemble today," Mr. Stern said. 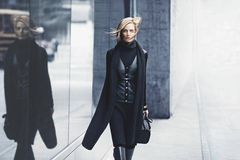 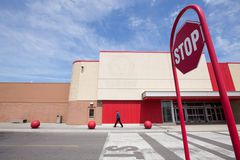