The company's warehouse, once brimming with steel building components, is now only one-third full, Mr. Sun laments. Beijing's construction boom, in full force up until just a few months ago, has geared down sharply. Mr. Sun says sales are so slow these days, he no longer orders new stock unless a buyer requests it.

"The profits in steel are getting really bad now, because Beijing's housing market is slowing down. Nobody is building any houses because they don't make money anymore," Mr. Sun said. "Compared to last year there has been a real decline. Personally, I think it's going to get worse and worse."

The ripple effects from China's slowing economic growth are being felt from Beijing to British Columbia. At risk is a nearly decade-long run of unquenchable demand and high prices for a range of metals and other commodities, powered by relentless spending on homes, office towers, and transportation and communications infrastructure across China.

China's big build is maturing as capacity catches up with demand, even leaving entire residential and retail complexes nearly vacant due to a lack of buyers. That is beginning to backfire through parts of the global commodities supply chain that has fed China for the past decade.

"It's very hard to imagine how the price of non-food commodities could possibly be maintained," said Michael Pettis, a finance professor at Beijing University's Guanghua School of Management who predicts a collapse in commodity prices – perhaps as much as 50 per cent for copper, for example.

For the global mining industry, the worry is that the supercycle is ending.

"The stagnant growth outlook for China's infrastructure and property sectors, combined with construction-biased Chinese demand, marks the end of the Chinese commodity supercycle," Credit Suisse concluded in a recent report. Though China may still engineer a soft landing for its economy, the downshift is enough to upset a long-running favourable supply-and-demand picture. As China slows, commodities will bear the brunt of the pain, the firm said.

Booms and busts have always been a natural reality of the mining industry. The past decade, however, earned the industry buzzword "supercycle" for the unusually long run of demand and strong prices for metals, attributable in great part to China's unstoppable growth.

Canadian resource companies – some of the world's largest – were made richer with each pound of copper, zinc, nickel, iron ore and steel-making coal that China consumed. Today, though, investors are spooked by falling demand and mining shares have nosedived.

Inventories of copper and other metals in China are bursting. As evidence of slower Chinese growth piled up over the past three months, the mining-heavy materials index of the Toronto Stock Exchange slid about 20 per cent. Vancouver-based Teck Resources Ltd., a major supplier of steel-making coal and other metals to China, has seen its shares fall nearly 40 per cent from about year ago.

Shareholders of Canadian miner Sherritt International Corp. took the company to task at its annual meeting this week, complaining about a share price that has plunged about 45 per cent from levels last year when commodities were flying high.

"It's very hard to put together a really, truly, bullish, global economic outlook at this point in time," Sherritt chairman Ian Delaney said on the sidelines of the meeting.

Demand for metals in India has also slipped as its growth cools, and of course Europe's financial crisis and crumbling economy only makes matters worse.

For Canada, a fading supercycle is a concern for the many planned mining projects that promise to help keep the resources boom humming, creating jobs and attracting major spending and spinoff benefits for the broader economy. Miners have pledged billions of dollars of investments in coming years, from copper mines in British Columbia and graphite and gold mines in Northern Ontario to major iron ore projects in the far north and Labrador.

While most major mining companies say they're plowing ahead, danger signs are emerging. Just last week base metals miner HudBay Minerals Inc. called off a $400-million debt offering just days after it was announced, citing poor overall market conditions. The withdrawal of the offering puts long-term funding into question for the company's Peruvian copper project, where a full construction decision is due this year, analysts said.

BHP Billiton, the world's largest miner, this month said it was pausing a five-year, $80-billion (U.S.) expansion plan for its iron ore, coal, energy and base metals divisions amid concerns that commodity markets might cool further.

The move, echoed by other miners, was particularly telling because the company drafts spending budgets according to revenue expectations.

Earlier this week, Chinese buyers were reportedly deferring or defaulting on coal and iron ore deliveries after a drop in prices and as the economy showed signs of cooling even faster than previously expected.

"Certainly we've seen Chinese activity has been slower, for sure," said Michael Amm, a mining specialist at the Torys law firm.

"They're still out there, they are still doing things, but the pace is lower, and that was driving a lot of the exuberance and bidding up a lot of the prices."

But even modestly lower copper prices could inflict damage on the industry, since costs to operate mines around the world have shot up in recent years, squeezing profit margins.

In Beijing, cranes that until a few months ago were working full tilt to build apartment blocks and shopping malls in Beijing are now slowing.

"If newcomers are looking for jobs now, there's less work," said Wang Shaosheng, 35, as he relaxed with his crew on the front step of a nearly-finished high-rise apartment building within sight of the mountains that ring the city he came to six years ago from Henan province.

The group, on the site for a month, are happy to have found the job bricking the interior of residential buildings for a state-sponsored affordable-housing program as Beijing's property market slows and property developers abandon plans for new projects.

But China may not be able to afford another massive stimulus spending spree like the one that helped the country roar back from the global downturn of 2008.

"China has invested so much in infrastructure, further investment is not expected to have further returns," said Li Wei, an economics professor at Beijing's Cheung Kong Graduate School of Business. Instead, he said, the country needs to focus now on boosting domestic spending and cutting or removing some taxes.

Across China, steel companies are diversifying to mitigate losses, smelters are slowing or stopping production and bonded warehouses in Shanghai are overflowing. A plan to add 10,000 kilometres to China's national rail project, a program of great national pride, has been suspended for safety reviews or lack of funds.

An expected leadership transition later this year in China is also being watched closely, described by one mining executive as "just another question mark in a world characterized by question marks."

China's growth will be tempered, but few expect it to stop.

"I just can't see that it all comes to a halt and that we reset and we go back to a planet that has basically the United States and a fragmented Europe pulling the weight," said Mike White, chief executive officer of boutique investment bank IBK Capital. "We are in a new paradigm. We've taken the old cycle and we've simply stepped it up, and now we are within a new cycle."

While prices probably won't fall off a cliff like they did in some previous cycles, the mining industry can't insulate itself from a rocky stretch ahead.

"I don't think the Chinese government or the economy has figured out how to take the cyclicality out of human nature," said Sherritt's Mr. Delaney.

Carolynne Wheeler is a freelance writer based in Beijing 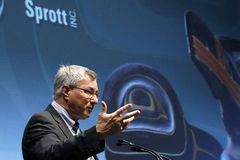 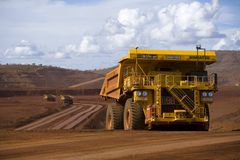 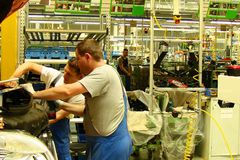 Opinion
Western energy vs. eastern industry: a manufactured debate
May 25, 2012 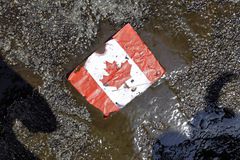 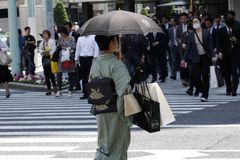 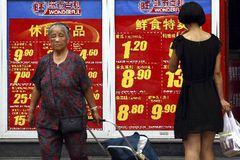 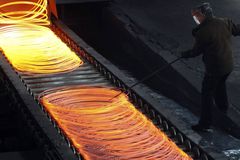