The soaring price of electricity in Ontario is top of mind for the province's auto makers, but it should not yet be considered a competitive disadvantage when the province is bidding for new investment by car companies, a new study concludes.

Electricity rates are higher in Ontario than they are in the 10 largest auto-producing U.S. states, a study by the Automotive Policy Research Centre at McMaster University in Hamilton, says.

They rose by 26 per cent between 2010 and 2015 in Ontario, almost double the next worse performing auto making jurisdiction, which was Indiana.

But measured as a percentage of vehicle production in U.S. dollars, electricity rates fell in Ontario in that period, although the decline was not as steep as it was in the top auto-producing states examined by the study.

While rates are higher in Ontario, the cost of electricity is only $6 more per vehicle assembled in the province than it is in Michigan, the state with the next highest costs and just $18 compared with Kentucky, where costs are lowest.

"Our research indicates that even though rates have been described as a major cause of the deteriorating competitiveness of Ontario's manufacturing industry, the size of the gap is not currently large enough to warrant such characterizations; certainly, not in the context of a $30,000 vehicle," the centre's Greig Mordue and Kelly White concluded.

But that led them to ask why it has become such a hot-button issue among auto makers.

They concluded that the doubling of hydro rates in Ontario since 2006 (compared with increases equal to inflation in U.S. jurisdictions) has caught the attention of senior executives and a new pricing scheme in the province has caused those executives to pay much closer attention to their electricity bills.

"Even though Canadian plants compete with U.S. plants for mandates and are assessed or benchmarked against those plants in U.S. dollar terms, these are the realities: The plants are located in Canada; executives in Canada are influenced by Canadian dialogue; electricity bills incurred in Canada are paid in Canadian dollars," the authors said.

The new pricing scheme, called the Industry Conservation Initiative, enables large power users to reduce their costs by operating during times when electricity use is not at its peak.

That's difficult for auto plants – some of which in Ontario are running on three shifts a day – because of the nearly impossible task of shifting employee work hours on a daily basis and the intricate industrial ballet involved in supplying such plants with seats, tires, sheet metal and other parts.

Nonetheless the pricing scheme means executives must make operational decisions up to 15 times a year about how and when they will use electricity, the study said.

"Each time this happens, it causes them to analyze and assess electricity costs and each time that process unfolds, a perception is reinforced that Ontario provides an uncompetitive environment in so far as its electricity pricing system is concerned."

The study noted that costs in Ontario have risen in part because of the phase-out of coal-fired hydro generating plants.

If the new Trump administration follows through on promises to cancel restrictions on the use of coal, electricity could become more of a competitive factor for auto makers in Canada, the study said. 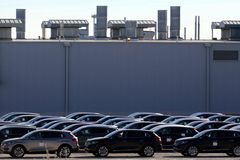 Volkswagen investigation could take years, Environment Canada says
Subscriber content
December 20, 2016
Follow Greg Keenan on Twitter @gregkeenanglobe
Report an error Editorial code of conduct
Due to technical reasons, we have temporarily removed commenting from our articles. We hope to have this fixed soon. Thank you for your patience. If you are looking to give feedback on our new site, please send it along to feedback@globeandmail.com. If you want to write a letter to the editor, please forward to letters@globeandmail.com.
Comments