Non-alcoholic beer doesn't get a lot of love.

At best, it's seen as a pale imitation for people who cannot have the real thing – pregnant women who miss having a drink, for example, those recovering from alcoholism, or those who are on certain medications – and at worst, it's perceived as outright unpalatable. Most people associate "near beer" with packages gathering dust on a grocery store shelf.

A brewing giant is making a global investment in changing that. Anheuser-Busch InBev is making a non-alcoholic version of its Budweiser brand, which will begin hitting shelves in Canada this long weekend, and rolling out nationwide over the next two weeks. Budweiser Prohibition Brew will be sold internationally soon; Canada is the first market to sell it.

"With non-alcoholic beer, the stigma has been that it's not about enjoyment," said Kyle Norrington, vice-president of marketing for A-B Inbev at Labatt Breweries of Canada. "… Breaking down some of the stigma is important for the industry."

That's not just because makers of alcoholic drinks want to encourage responsible consumption. It's also a business imperative: While brands like Bud still hold by far the biggest share of the beer market, their sales have flattened out as growth has been nabbed by craft beers with more complex flavours – and by other alcoholic drinks. Big brewers such as A-B Inbev and competitor Molson-Coors have responded by buying up craft breweries in recent years. And last year, Labatt bought the rights in Canada to sell Okanagan Cider and Mike's Hard Lemonade, reflecting consumers' changing tastes.

Another way to compensate for those industry challenges, though, is to attempt to become part of people's beverage consumption at different times of day. There is an opportunity there: As concerns around health and wellness help to reshape what consumers eat and drink, some people are drinking less pop and broadening the types of beverages they are considering during the day. While Prohibition Brew still packs a caloric punch at 150 calories and two grams of sugar in a 355-millilitre can, Mr. Norrington said people looking for more "natural" beverages might be drawn to a barley and hops over pop.

A-B Inbev's chief executive officer has publicly said that by 2025, the company aims to draw 20 per cent of its global revenue from low- and no-alcohol products.

Low- and no-alcohol beverages are a $53.4-million market in Canada, according to research firm Nielsen. That's very small compared to beer, which racked up $9-billion in sales in the year ended March 31, 2015, according to Statistics Canada; the overall alcoholic beverage market was worth $21.3-billion in the same time period.

And it's not as though the market is without non-alcoholic beers: Anheuser-Busch sells O'Doul's and Beck's non-alcoholic in North America, and has other brands such as Stella Artois Non-Alcoholic and Hoegaarden 0.0 elsewhere. Molson-Coors also sells Coors Non-Alcoholic. Guinness makes Kaliber. Radeberger Gruppe KG has a non-alcoholic brand called Clausthaler. Those are just a few examples.

But Mr. Norrington believes that the category could be greatly expanded by a big brand with the marketing heft of Budweiser – and that some people might gravitate toward the chance to have a beer even if they have to drive their kids to soccer practice later in the day, or go back to work after lunch.

There is a precedent: In 2013, A-B Inbev launched a non-alcoholic version of its Brahma brand in Brazil, a big seller there, and sales have grown quickly to more than seven times higher than in its first year. The non-alcoholic category as a whole grew 65 per cent in Brazil between 2009 and 2014, and is not viewed with the same disdain as it often is in North America; in Germany, it grew 49 per cent in that same time. A-B Inbev believes it can push growth of the category in other markets as well.

"When a big brand runs with it, it's amazing how you can open up the category," Mr. Norrington said.

The full might of Budweiser's marketing machine is going into the launch: Next Wednesday, the company is bringing the famous Budweiser Clydesdales to clop through downtown Toronto promoting the new brand. It has already signed deals with major grocery and convenience stores, and is aiming at deals with fast-food chains; its first is with Pizza Nova. Mr. Norrington says it's possible it could also be in sports venues; Budweiser already has a deal for the Blue Jays home at the Rogers Centre, for example, and runs a program there to encourage friends to act as designated drivers.

While the product will hit shelves this weekend, the advertising will kick into gear beginning in mid-June with black billboards featuring the black-and-white cans, with slogans such as "Finally, non-alcoholic beer that actually tastes like beer."

Budweiser is pushing the message that its beer really does taste just like the flagship brand. (Depending on your palate, this may or may not be a selling point.) While many non-alcoholic beers go through a brewing process and then remove the alcohol through boiling – which can affect the flavour – A-B Inbev is among the brewers that use a low-temperature vacuum process to remove the alcohol while avoiding that problem. The sugars from the barley malt are also not allowed to ferment as they would in the alcoholic product, and are left in the beer to preserve their taste.

The design of the cans looks pleasantly retro: A-B Inbev is attempting to hearken back to its heritage, when it brewed its first near-beer starting in 1920 and during Prohibition in the U.S. The 1920s have a great deal of marketing cachet as a time period with an aesthetic that is still revered.

In 2012, Beam Inc. launched a new brand of whisky called Dock 57, hearkening back to the name of the shipping dock in Walkerville, Ont., where bootlegged bottles would depart for the U.S. At the height of the popularity of HBO hit Boardwalk Empire, the company took advantage of its roots to host screening parties for the show and set up speakeasys. Sleeman Breweries, owned by Sapporo, has also been looking back to the period. In recent years, it has run a series of ads touting its "shady" past as a bootlegging operation.

Prohibition Brew will be using Canada as a test market of sorts for the global initiative. Because the country is culturally diverse, and faces a number of regulations, A-B Inbev can learn things here that it can apply to a number of other countries. 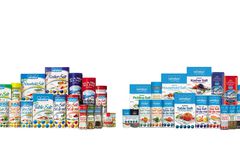 Why advertisements must be entertainment
May 16, 2018 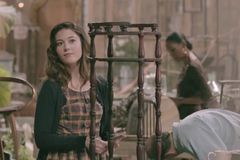 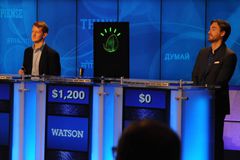 ‘Can we do the work without killing ourselves?’ Ad executive enforces shorter workdays
May 16, 2018 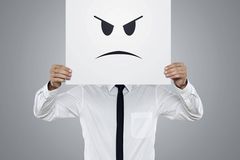