When it comes to selling foods that are high in salt, sugar or fat, there is very little debate that marketers should not target children with advertising. Even so, the logic goes, parents are still the first line of defence – it's up to them to educate children about advertising, and ultimately steer them away from unhealthy foods.

But what happens when those parents are still under the sway of the advertising they saw as children?

New research has demonstrated that when companies advertise to kids using mascots or characters, the love of the brand and feelings that the product is wholesome and healthful can persist well into adulthood. That even applies to "line extensions," new versions of the product launched under the same brand. And the lingering effects of that advertising can hamper adults' abilities to change their opinions of less-than-healthy brands they loved as children.

"Because of the increasing interest in obesity and talk about what can be done, I had done some research earlier on advertising to children. Some of the response was, 'Well, sure you can get children to want to buy your product, but the parents should be there to help them make better decisions,'" said Merrie Brucks, a professor of marketing at the University of Arizona and one of the authors of the study. "...But the parents themselves are affected."

Prof. Brucks and her co-authors, Jesper Nielsen, also from the University of Arizona, and Paul Connell, a professor at Stony Brook University, conducted four studies with people in the U.S. and the U.K.

In the first, the researchers showed people advertising characters they would have seen in childhood (before age 13) such as Tony the Tiger, and characters that were not used until they were adults. They then asked the participants to rate the products associated with the characters for a number of attributes, including how healthful the products are. They found that those who had been exposed to those products in childhood rated them more positively – including rating them as more healthy.

But how do they know that advertising is what swayed those consumers, and not simply happy memories of childhood sugar highs? In a second study, the researchers measured adults' ratings of the products based on when they saw advertising-related images (such as Froot Loops mascot Toucan Sam or McDonald's chief executive clown, Ronald McDonald), compared to when they were shown images of the food itself, which might remind them more generally of consuming the product. They found response to the advertising images led to more positive evaluations of the product, and the opinion that the product was more healthy.

Two further studies showed that adults are resistant to changing their opinions about those brands they were exposed to as children, if they like the advertising character. That applied both for real products and for suggested line extensions, such as a mock-up of a (fake) new product called "Frosted Puffs," with Tony the Tiger on the packaging.

There has been plenty of research in the past that demonstrates the power of food advertising with children. Studies have shown, for example, that the use of friendly characters is a powerful way for brands to develop an emotional connection with children. Other studies have shown that seeing a beloved mascot while they are eating can even lead kids to think that a product tastes better. And a broad field of research has covered the fact that children under about age 13 do not possess the critical skills necessary to take in advertising with a skeptical eye. The difference here is that the new research suggests that once brands have hooked people as children, that affinity can be tenacious as adults. The paper will appear in the June issue of the Journal of Consumer Research.

"Children are easily persuaded through advertising techniques. The interesting part is that they don't outgrow that," Prof. Brucks said.

Considering the growing concerns about obesity, the effect of food advertising is a public health issue, she said.

Most advertisers have already publicly acknowledged the issue. Major food and beverage companies such as Coca-Cola Co., McDonald's Corp. and General Mills Inc. have pledged either not to target children with advertising, or only to advertise so-called healthier foods to them.

However, some have questioned those pledges: last year, a study published in the journal Preventable Chronic Disease found that branded online games, made by advertisers and appealing to children, often promoted foods that were high in fat, sugar, and/or salt.

The new research highlights how adults may be feeling the long-term effects of advertising seen during childhood. That's important because adults are often called upon to use their judgment to eat healthy, and to help kids do the same. For example, Coca-Cola Co. launched a global campaign last year directly addressing the problem of obesity. It called on consumers to be responsible for counting calories and enjoying treats in moderation.

The new studies only used friendly mascots in order to measure the effect of advertising, but Prof. Brucks suggested the results could be similar with other aspects of food advertising – such as jingles, or other familiar ad images – that contribute to the messages of happiness and fun used to promote foods to children.

Evoking that childhood brand affinity is a powerful tool for advertisers. Kellogg Co.'s Rice Krispies, for instance, has released a number of ads featuring parents listening to the cereal's trademark "snap crackle and pop" sound with their own kids, under the slogan "childhood is calling." The sweet stories of family togetherness play well on their own, but many of the parents watching those ads could also be swayed by their own memories of the cereal from when they were children.

Since 2010, Kraft Foods Group Inc. has been more actively advertising its macaroni and cheese product to adults, both in the U.S. and Canada. While it has traditionally been sold as a kids' food, marketing it as a nostalgic indulgence is an opportunity for Kraft to widen its demographic and boost sales. A recent U.S. ad featured '90s rapper Vanilla Ice; and a surreal Canadian commercial launched this month features a magical horse asking adults what happened to the fun they embraced as children.

The campaigns may be new, but this research suggests that the influence of advertisers such as these may just be part of your childhood calling.

Ottawa looks to Australia for pointers on Made-in-Canada brand campaign
May 12, 2018 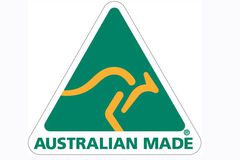 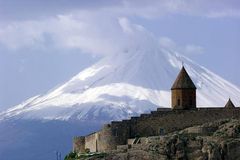 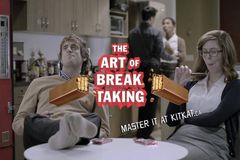 They’re cool and creative. So why do ad agencies have such boring names?
May 12, 2018 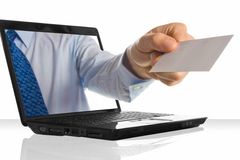