Insurance companies are setting up temporary claims hubs and sending additional staff to Alberta as wildfires in Fort McMurray destroyed property in what could become one of the country's costliest natural disasters.

Intact Financial Corp., Canada's largest property and casualty insurer, has sent staff to the region and increased the capacity of its phone lines. The company said Wednesday morning that losses are already piling up.

"So far, in terms of losses reported since last night, we have about 40 losses reported. Some are evacuations, some are total losses … probably about 25 fires at this point," Mathieu Lamy, senior vice-president of claims at Intact, told analysts on an earnings conference call, adding that it's "very early to assess where it's going to end up."

The damage in Fort McMurray is drawing comparisons to losses taken by insurers in the spring of 2011 when flames engulfed the town of Slave Lake, Alta. – the most expensive catastrophic loss caused by fire that has ever been recorded in Canada.

Slave Lake caused $742-million in insured losses and destroyed about one-third of the town, according to industry group Insurance Bureau of Canada.

"I would say there are lots of similarities between Fort McMurray and Slave Lake," Intact chief executive officer Charles Brindamour said on the call, stressing that it was too early to provide comment on the extent of the damages and that customer safety was the paramount concern. Intact had a larger exposure to the Slave Lake disaster because of its market share in the region, and the company's losses climbed to between $45-million and $55-million after tax as a result of those fires.

Alberta has been grappling with an above-average number of fires of late. In 2015, there were 1,786 wildfires, according to government figures – the third-highest number in the past 25 years. The amount of flame retardant poured out to manage the fires in 2015 could have filled four Olympic-sized swimming pools.

In 2016, the wildfire season began a month early on March 1, after low levels of snow and rain were recorded.

Mr. Brindamour said Intact had been watching Fort McMurray since the weekend for signals that fire damages could become catastrophic. Yesterday, Intact began sending extra people to Alberta to prepare its response efforts for as soon as access to the sites becomes available.

Other insurers are also preparing teams to respond to the area and handle increased call volumes.

Aviva Canada said its catastrophe team will hit the ground Thursday morning, setting up at a temporary location while the evacuation order is in effect. Others, such as Wawanesa Insurance, took to social media to help customers identify their temporary claims centres. Waterloo, Ont.-based Economical Insurance stated that it was trying to locate policyholders to provide them with emergency funding.

The Insurance Bureau of Canada has set up its own emergency line to take calls from residents with questions or concerns. The number is 1-844-227-5422.

Insurers will be under added scrutiny after suffering reputational damage in the province following severe flooding in 2013. The combination of property destroyed by often uninsured overland flooding and frequently insured sewer backup during that disaster resulted in uneven coverage for homes and businesses among different insurance providers.

In the case of fire, policies typically cover damages as well as additional living expenses during the time people were forced to leave their homes following the evacuation order.

As Intact waits for more information, the company has tallied its policies in the area. "We know we insure about 1,500 houses, 1,300 tenants in condos," said Intact's Mr. Lamy, adding that the company would also be exposed to automotive risk with potential damage to an unknown number of vehicles.

Losses reported on commercial insurance policies can also add up quickly and Intact said it has about 350 clients with insurance for their property, building contents and losses from business interruption. These policies offer a range of coverage from about $20,000 to $12-million, Mr. Lamy said.

Extreme weather events have been increasing over the past nearly 40 years in Canada, with flood, ice, wind and wildfire doing billions of dollars worth of damages to homes and businesses from coast to coast. Insured losses from catastrophic events now frequently add up to $1-billion a year or higher in Canada, according to the Insurance Bureau of Canada. And many of the worst losses the country has experienced since the IBC began tracking catastrophes in 1983 have come in the past few years. Here are the top five largest natural catastrophes as ranked by their cost at the time. 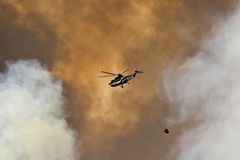 Opinion
Fort McMurray is intertwined with all of nature’s risks and glory
May 4, 2016 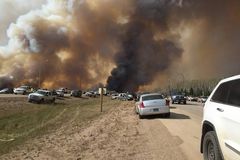 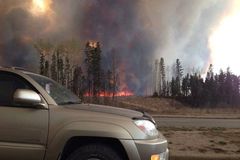 updated
‘It was raining ash’: Wildfire sparks exodus from Fort McMurray
May 4, 2016 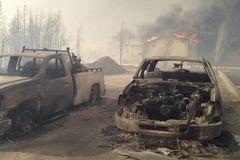 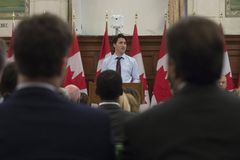