It’s a gathering where the world’s wealthy and powerful hash out problems ranging from economic inequality to climate change – and hundreds of them took private jets to get there. Here are some of the sublime and ridiculous highlights of this year’s World Economic Forum so far. 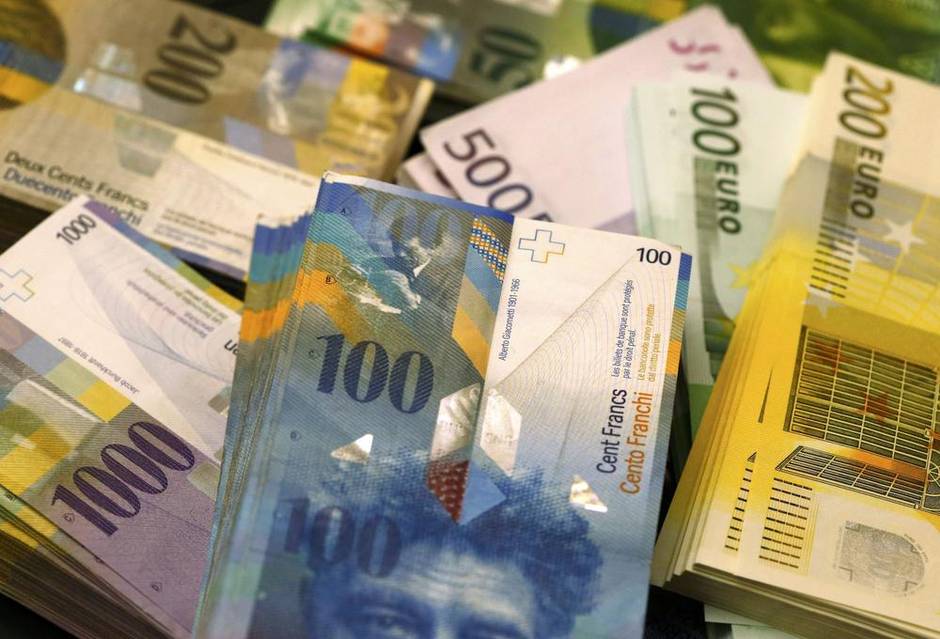 Swiss Franc and Euro banknotes of several values lie on a table in a Swiss bank in Bern. (Ruben Sprich/Reuters)

In Switzerland, Davos delegates’ fabulous wealth isn’t going as far as it used to – not since the franc was sent soaring last week by the Swiss central bank’s decision to abandon its peg against the euro. For the hundreds of professionals attending the conference to network with the rich and powerful, though, the franc’s rise has created cost problems: Those from the United States will find their expenses more than 15 per cent higher, while euro zone attendees are looking at a 20 per cent hike. One CNBC reporter was charged 38 francs (almost $54 Canadian) for a hot dog.

There is talk every year about the high prices at the tony ski resort – and the suspicion that they are even higher during the World Economic Forum. One speaker told Associated Press that she saw the transition in action: She and her husband arrived early at a hotel near the edge of town to ski, enjoying the restaurant’s fixed-price menu at 25 Swiss francs a head. On the morning the forum opened, though the hotelier told them there were a few changes in the menu. It was a tad fancier – and the fixed price meal was now 50 francs.

No one expects the Saudi accusation 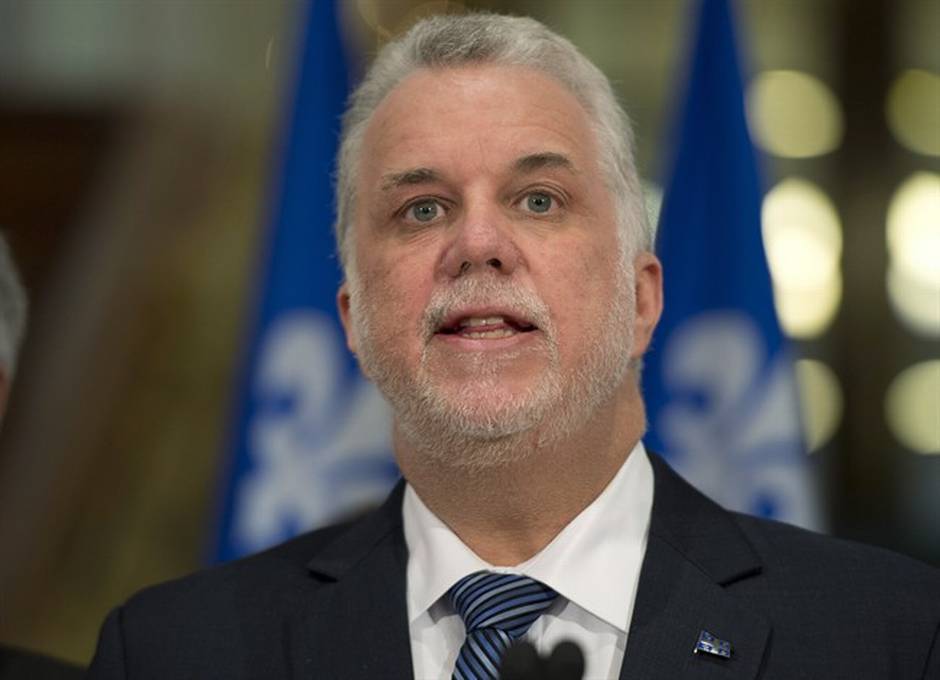 The death of Saudi Arabia’s King Abdullah on Thursday cast a pall over the Davos gathering, with Jordan’s king cancelling his appearance at the forum to attend his fellow monarch’s funeral. But Quebec Premier Philippe Couillard was caught off-guard by a different sort of Saudi-related news: Accusations from his partisan rival of beign under the sway of Saudi “values.”

At a caucus meeting, PQ interim leader Stéphane Bédard suggested the Premier – a former brain surgeon who worked as an adviser to the Saudi health minister in the 1990s – would be unwilling to enshrine secularism in Quebec law because “he seems quite steeped in [Saudi] values, that reality, that way of living together.” In Davos, Mr. Couillard reacted angrily. “If I was so inclined, I could sue,” he told The Canadian Press, “but I’m not going to waste my time with an individual like that.”

Davos is awash in technological anxiety this year: The potential breakup of the Internet by national regulation is a hot topic, and one closed-door meeting on Thursday focused on keeping the Internet open. But presenters also poked holes in one major fear: Artificially intelligent robots won’t rise up against us.

Addressing claims by Tesla founder Elon Musk that AI is a real threat to humanity’s survival, UC Berkeley professors Ken Goldberg and Alison Gopnik laid out reasons why a machine revolt is unlikely: Machine’s can’t learn from experience, think creatively or come up with new ideas like humans do.

(Read more: Don Tapscott writes from Davos on the debate over new technologies)

Return of the potential king 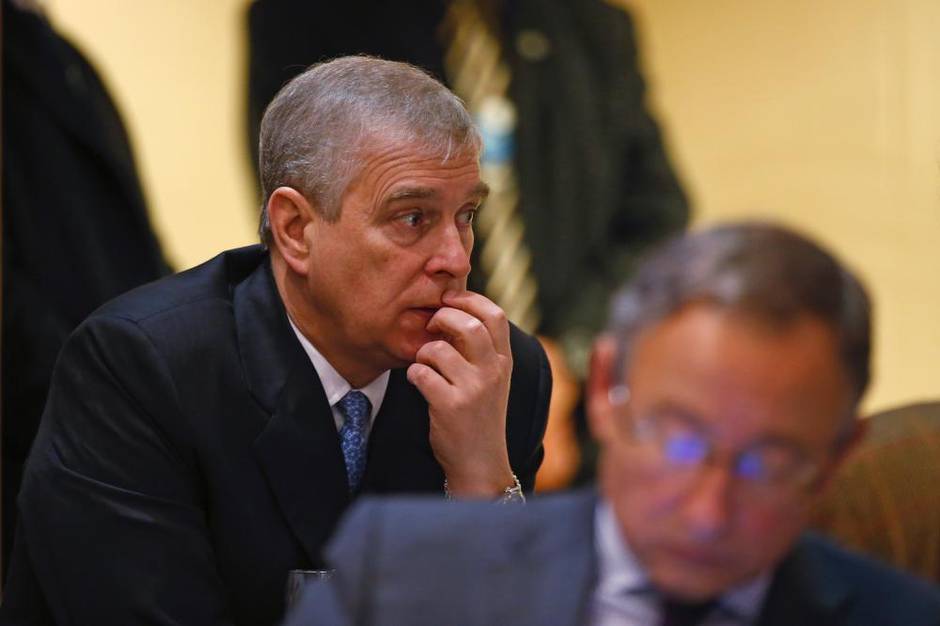 Britain's Prince Andrew, pauses during a break in sessions on Day 2 of the World Economic Forum in Davos, Switzerland, on Jan. 22. (Jason Alden/Bloomberg)

On Thursday, Davos-goers heard Prince Andrew make his first public comment on allegations that he had had sex with an underage girl. Speaking before world and business leaders, the 54-year-old prince reiterated previous official denials of the accusations. “My focus is on my work,” he said.

According to the allegations filed in a Florida court, a woman identified only as Jane Doe #3 but named as Virginia Roberts by some British media said she was forced as a minor by Andrew’s friend Jeffrey Epstein to have sex with several people, including the prince. When she allegedly had sex with the prince she was aged 17, underaged according to Florida law, the documents said.

Meanwhile, U.S. lawyers representing the woman filed papers requesting that the prince respond to her claims under oath. The woman says in court papers that Buckingham Palace’s denials are false. “I hope my attorneys can interview Prince Andrew under oath about the contacts and that he will tell the truth,” she says in the papers.

A billionaire on austerity

Real-estate magnate Jeff Greene came to Davos on a private jet with his wife, kids and two nannies – and once there, he warned Americans that they need to live with less to help the economy.

“America’s lifestyle expectations are far too high and need to be adjusted so we have less things and a smaller, better existence,” Bloomberg News quoted the Floridian billionaire as saying on Wednesday. “We need to reinvent our whole system of life.”

Last night a chilly @iamwill took his #snowmanselfie with our protesting snowmen at #Davos2015 pic.twitter.com/7dxLL2fPJ1

While many Davos guests preferred to ski on the Swiss snows at Davos, some activists instead used it to make a point about climate change, poverty and economic inequality. The umbrella activist movement Action/2015 built 193 snowmen on the sidelines of the forum, each representing a nation, neatly attired with a flag scarf. Davos-goers were encouraged to take selfies with the snowmen, some of which were shared on Twitter under the hashtag #snowmanselfie.

Around the world in seven concerts 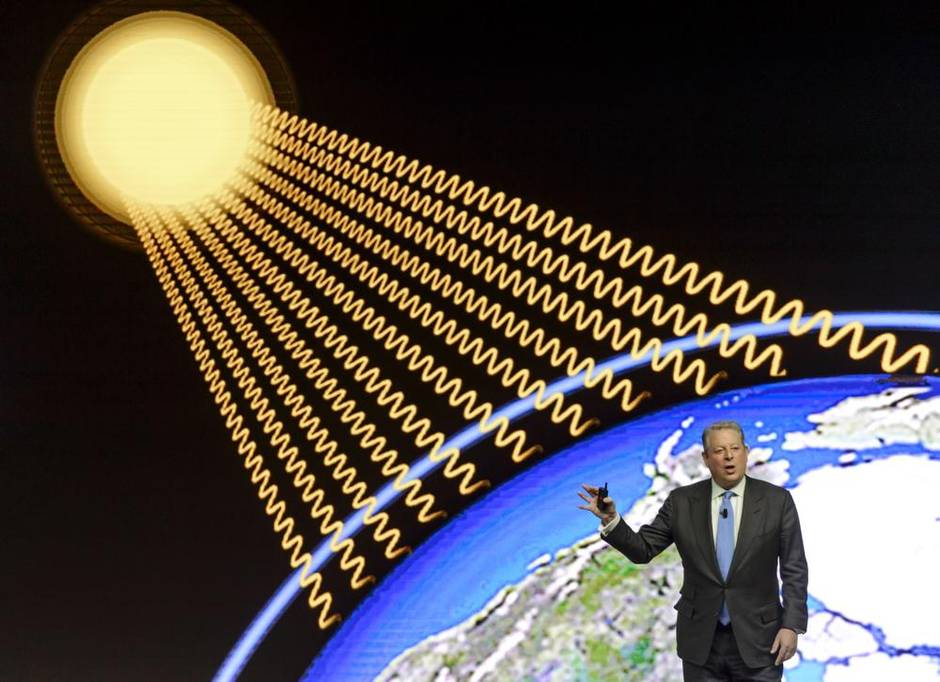 The protesters weren’t the only ones to put climate change in the spotlight at Davos: On Wednesday, former U.S. vice-president Al Gore and pop star Pharrell Williams announced Live Earth, an awareness-raising musical stunt staging concerts on every continent.

The 24-hour event on June 18 will televise concerts in six cities – New York, Paris, Rio de Janeiro, Beijing, Sydney and Cape Town – as well as a performance by a band of scientists at an Antarctic research station, Mr. Gore said. The event is designed to galvanize public support ahead of United Nations’ climate-change talks in Paris in December.

With reports from Associated Press, Reuters, The Canadian Press and Globe staff