Two Canadian cities are vying to become North America's primary centre for trading the Chinese yuan, an effort that has received federal backing amid a broader desire by Ottawa to strengthen ties with Beijing.

Leaders in banking, government and economic development in Toronto and Vancouver are pushing to make their cities hubs for settlement of the renminbi in hopes of establishing a centre for trade in the currency. Though London, Taipei, Singapore and Hong Kong have risen as important RMB trading zones, no city in North or South America has yet developed as a major settlement centre.

Toronto and Vancouver want to beat them to it. Hosting an RMB settlement centre in Canada could benefit the country by attracting greater trade, bringing in highly-skilled workers and reducing currency-exchange costs to domestic companies, which could better convert Canadian dollars directly into RMB instead incurring the fees from first passing through U.S. dollars. (The Chinese currency can be referred to either as yuan or renminbi, or RMB for short.)

"There is no centre in the Americas and we see huge first mover advantage for Toronto and Canada should Toronto be awarded as a settlement centre," said Neil Tait, a former banking executive in China who now serves as vice-chair of the Canada China Business Council.

"We have the potential to gain not only in recognition and reputation, but to attract business to our industry and Canada as U.S., Mexican and Latin America firms could settle via Toronto due to similar time zones."

But for Canada to seize such a position will require Ottawa's involvement, to negotiate with China for a direct currency swap line between the People's Bank of China and the Bank of Canada. A swap line creates a direct connection between central banks, allowing them to quickly buy and sell each other's currency during times of shortage, typically through short-term loans. They were used between Western nations during the financial crisis to ensure money kept flowing.

Such a line is key to providing enough liquidity to backstop a thriving trade. Canada already has direct lines with the U.S., Japan, the UK and Europe, but none yet with Beijing – although Ottawa is supportive of the idea.

China has recently showed that it's open to widening the reach of its currency.

Last June, amid much fanfare, Chinese officials granted a direct currency swap line between the People's Bank of China and the Bank of England, the first with a G7 country. A similar connection was established with the European Central Bank in October, as China's status as the second-largest economic power propels its currency into an increasingly important role, despite strict controls on its movement in and out of China.

Chinese officials have pushed for greater internationalization of the RMB, which last fall became the second-most used currency for international trade finance (it is number nine among most-actively traded world currencies). Deutsche Bank has predicted a 50-per-cent rise in RMB use for cross-border trade settlement in 2014, to six-trillion yuan, or about $1.1-trillion. That's equivalent to about 20 per cent of China's worldwide trade.

Both Toronto and Vancouver see an advantage in being located in a common time zone with a large number of companies trading with China, be they American retailers or Chilean copper miners. Toronto has sought to seize on its status as Canada's major financial centre. Vancouver, meanwhile, argues its advantages stems from its existing volumes of trade finance, its substantial Chinese-speaking population and an incentive program that exempts foreign exchange trading from provincial taxes.

B.C. also took a lead in the RMB market in November when the provincial government launched a "dim sum" – or RMB-denominated – bond worth nearly $425-million. It was the first triple-A rated foreign government to do so.

"That really kind of kicked off people thinking about the fact that Canada was trying to help the Chinese with the internationalization of their currency, and it was noticed," said Bruce Flexman, a former KPMG Canada chair who is now president of AdvantageBC, which promotes investment in the province.

He acknowledged that Vancouver is locked in competition with Toronto, although he said it's possible both cities could become RMB settlement centres.

The Toronto effort is being led by the Toronto Financial Services Alliance, which has struck a committee co-chaired by Bank of Montreal, HSBC and the Bank of China; the remaining big Canadian banks are also members. The alliance has made formal presentations to the federal Department of Finance and Bank of Canada, as have some of the individual banks.

"We think it would it would be an important addition to Toronto's financial offerings," said Janet Ecker, president of the alliance.

"Canada's strengthening commercial relationship with China provides an excellent opening for Canadian financial institutions to explore opportunities in Chinese yuan," said Finance Canada spokesman Jack Aubry. "The Government of Canada supports private-sector led initiatives towards this objective." (The Bank of Canada said it "takes no position on the proposal, as the initiative doesn't fall within its mandate.")

What's not clear is whether Chinese authorities will want to see the Canadian bids succeed, given the relative insignificance of Canada's trade with China compared to the U.S., as an example. There may, however, be other reasons to push for such a deal.

"Canada and China need a new story in their bilateral relationship right now, so I think this is one that might be kind of an easy win for both sides," said Sarah Kutulakos, executive director of the Canada China Business Council. "And don't forget – the U.S. has mid-term elections coming up. They have distractions."

It was only in 2011 that the loonie began to trade directly against the yuan in China. Since then, ties between the two countries have deepened substantially. Last year, after CNOOC Ltd.'s takeover of Calgary's Nexen Inc., Canada saw more Chinese investment than any other country.

Still, RMB settlement on Canadian soil would do little for some of the country's largest traders with China. "None of our sales are denominated in RMB," said Greg Waller, vice-president of investor relations at coal and copper miner Teck Resources Ltd. "Mineral commodities are priced and traded in U.S. dollars, and we don't see any changes to this in the near term."

Canfor Corp. similarly sells its lumber in greenbacks – "and so far none of our customers have asked" for a change to RMB, said spokeswoman Christine Kennedy. But, she added, "we would anticipate seeing RMB settlement becoming more of a priority in the future as trade with China continues to grow." 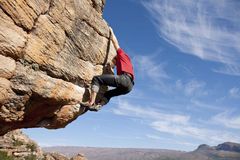 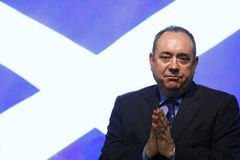 Down Under, things are going down further
Subscriber content
February 14, 2014 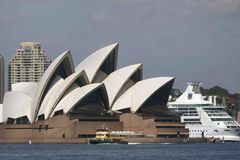