The country's biggest airlines, train and trucking firms, construction companies and transit authorities are urging the government to allow them to conduct mandatory drug tests for key members of their work forces.

The issue of testing is currently in front of the Senate, where two bills are being studied: C-45 to legalize cannabis by the summer, and C-46 to make it easier for law-enforcement authorities to crack down on impaired driving.

Ottawa wants C-46 to be adopted before the prohibition on cannabis is lifted to deal with the potential consequences of increased consumption. Among other things, the legislation will create new drug-impaired driving offences and make it easier for police to conduct random roadside tests for alcohol.

However, employers say they want the legislation to include measures to impose mandatory drug or alcohol tests on workers such as airline pilots, heavy-equipment operators and truck drivers.

Unions have long opposed mandatory drug tests in court, stating they are a violation of human rights and unlikely to improve workplace safety in any event. Organizations such as Suncor Energy Inc. and the Toronto Transit Commission have been waging legal battles to impose drug tests in recent years. While the TTC is currently conducting random tests among two thirds of its 15,000 employees, the matter remains in front of an arbitrator and the tests could ultimately be ruled illegal.

"What we are advocating, with both the provincial and federal governments, is for regulation and law across the land that allows for companies to have random drug and alcohol testing," TTC spokesman Brad Ross said. "We have a duty of care [as employers], and we do have a problem in the workplace with people having been caught impaired."

There are mandatory drug tests for truck drivers in the United States, and the Canadian Trucking Alliance is calling for the same system to exist on the northern side of the border.

"The legalization of marijuana clearly offers an opportunity for the government of Canada to empower those in safety-sensitive industries, like trucking, to introduce mandatory drug and alcohol testing," CTA president Stephen Laskowski said.

The Canadian Construction Association said many of its companies are regulated by the provinces, but the group is calling for "federal leadership" to allow mandatory testing before workers start their shifts.

"If we wait for a fatality to do a test, it's just not the right thing to do," said Gilbert Brulotte, past CCA chair. "We are putting lives at risk."

Hassan Yussuff, the head of the Canadian Labour Congress, responded that current rules and regulations provide all of the necessary tools to deal with the issue of impairment on the job. He added the push toward random drug tests would lead to the "Americanization" of Canadian labour rules.

"If somebody is using alcohol, cannabis or any other substance that makes them impaired, employers already have provisions in various codes to deal with that," Mr. Yussuff said. "Clearly [random testing] would be a major violation of workers' human rights. Both human-rights commissions and the Supreme Court of Canada have ruled on these points many times over."

Still, the employers' association known as the Federally Regulated Employers – Transportation and Communications (FETCO), which represents federally regulated companies such as Air Canada, FedEx Canada and Via Rail, said workers in dangerous positions should not have more rights than ordinary citizens who will face random roadside testing for alcohol (but not cannabis).

"If privacy rights are outweighed for an individual driving a car on the highway, the same logic must apply to a pilot flying a plane with 200 passengers, a train conductor hauling 50 cars of chemicals, a bus driver carrying 60 passengers, a truck driver operating on a major highway, or any worker whose workplace actions could impact the life of a co-worker or the public," FETCO said in material provided to legislators as part of a continuing lobbying campaign.

During a recent committee hearing, Conservative senator Claude Carignan criticized the fact Bill C-46 allows random breathalyzer tests for ordinary drivers – even users of lawn tractors – but not airline pilots. "The situation is even worse than I thought," Mr. Carignan said.

Greg Yost, a federal lawyer, told senators that allowing random drug tests in workplaces would likely have to be done through separate legislation.

"That is a labour relations issue. It is not something addressed by Bill C-46 nor, in my view, is it ever likely to be addressed under the Criminal Code," he said. 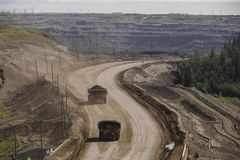