Canada is gearing up for its second wave of brain gains in the hot field of artificial intelligence.

This week, Geoff Gordon, one of the top professors at CMU's renowned machine learning department, left his post to lead Microsoft Corp.'s fledgling AI research lab in Montreal, established when the software giant bought local startup Maluuba a year ago. Dr. Gordon expects others to follow him to the hometown of deep learning pioneer Yoshua Bengio, a University of Montreal professor, Microsoft adviser and co-founder of the Montreal Institute for Learning Algorithms (MILA).

"As soon as I've told anybody that I'm becoming research director here, the first or second question they ask is: 'What are the opportunities to come work there?'" Dr. Gordon said, adding he intends to recruit CMU researchers as Microsoft aims to double the number of technical experts at its Montreal AI lab to 75 people within two years.

If all goes according to plan, the two star recruits will be followed in the next year by dozens more foreign AI experts. Under Ottawa's $125-million AI strategy unveiled in last year's budget, the Canadian Institute for Advanced Research is set to fund upward of 50 university chairs affiliated with AI institutes in Montreal, Toronto and Edmonton, with a mandate to recruit at least half the academics from abroad, said CIFAR chief executive officer Alan Bernstein.

CIFAR is the institute that recruited Dr. Hinton in the 1980s and has played an instrumental role in supporting AI research in Canada. Dr. Hinton was followed by Dr. Bengio and Rich Sutton, who, like him, eschewed opportunities in the United States for Canadian posts because they preferred the political and research-funding climate north of the border. As advances in AI turned it into a hot technology field in the past decade, their breakthroughs established Canada's leadership role.

Attracting AI experts to Canada marks a turn away from the recent trend of top Canadian-based AI academics being recruited by foreign tech giants such as Facebook Inc., Uber Technologies Inc. and Google parent Alphabet Inc. Other foreign firms have also pushed into Canada to start AI labs, part of an intensifying battle to lock up the brains.

While many academics have stayed to build labs in Canada for their foreign employers, there have been concerns that the country's top brains would be creating wealth for foreign, rather than domestic, interests and that the supply of AI professors would dwindle.

In one welcome development, Dr. Gordon's boss, Jennifer Chayes, managing director of Microsoft's research operations in New York, Boston and Montreal, said he will likely become an adjunct professor at a Montreal university.

"I promised Yoshua I was going to bring to, not take from, the Montreal AI community – and I think I delivered on that," she said. "It's becoming more and more apparent that Montreal is the AI hub of the world. It has risen to the point where it's not just a grower of talent but it should be an attracter of talent."

Under Dr. Gordon's watch, the Montreal lab is expected to build on its advances in teaching machines to read and summarize documents in plain language, as well as developing methods for teaching AI systems to do complex tasks.

Dr. Bengio, who described Dr. Gordon as "the most senior" AI expert to come to Montreal, said: "Three years ago it would have been unexpected to see that kind of move. It illustrates how the AI scene has changed and in particular the attractiveness of Montreal as an ecosystem for research and industry. We need that kind of high-level expertise to train that next generation. Every contribution … from established professors is important."

Thanks in large part to Dr. Bengio, Montreal has become a globally relevant AI centre, home to MILA as well as Element AI, one of the hottest AI startups in the world, which last year raised $102-million (U.S.) in venture financing. Dr. Bengio co-founded the company in 2016. 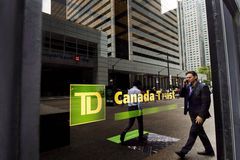 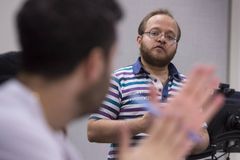 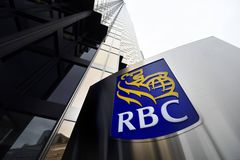