Nicholas Rivers is the Canada Research Chair in Climate and Energy Policy at the University of Ottawa.

Canadian governments have produced a lot of climate-change action plans over the past two decades. Most have been filled with fluffy language crafted to ruffle no feathers, and have promised a light touch to secure buy-in from all parties. Many have also never left the drawing board, playing a role only by locking up carbon in their infrequently consulted pages.

This, perhaps, explains the storm of controversy that has greeted the release of leaked details of Ontario's forthcoming climate plan. From what we know, the plan promises to transform Ontario's energy sector, in part by slowly phasing out natural gas as a home- and building-heating fuel, and in part by gradually replacing gasoline with electricity in the province's vehicle fleet. These aggressive measures go well beyond what we've come to expect from Canadian governments, save perhaps Quebec. While prior climate plans have shied away from singling out particular sectors, this one is targeted at reducing activity in the two fossil-fuel sectors that continue to produce the majority of Ontario's emissions (coal emissions having been mostly eliminated over the past decade in Ontario). The actions may seem draconian – Eliminating natural gas! Electric cars! – but they are precisely the type of measure that is required if we are to reach the greenhouse gas mitigation targets that Canadian and world leaders have advocated for since the 1990s, and reaffirmed at the Paris United Nations meetings last year. These targets essentially require that developed countries such as Canada completely eliminate greenhouse gas emissions by 2050 or shortly after. In that light, requiring 12 per cent of Ontario's new vehicles to be electric by 2025 and requiring that new buildings use electricity rather than gas by 2030, as Ontario's plan purportedly does, seem as if they are reasonable steps toward achieving a long-standing promise.

And while the anticipated cost of the plan is large at $7-billion over four years, it is important to put these figures in perspective. The proposed expenditures amount to about 0.3 per cent of Ontario's gross domestic product, and as such are hardly of a magnitude that will cripple the economy, as many commentators have suggested. Seriously tackling climate change requires resources, but the available evidence suggests that the benefits of reducing emissions outweighs the costs.

There is, however, much that can go wrong in securing the energy transition envisioned in the plan. Encouraging people to make dramatic changes in the way they consume energy requires new policies, and Ontarians are rightly skeptical about their government's ability to choose and implement these policies effectively. The Auditor-General's recent report describes a decade of poorly thought-out policies to promote renewable energy, which ended up costing the province more than $9-billion more than necessary. Cancelling two gas plants in Toronto imposed another billion dollars in costs. Over all, the Auditor-General highlights that the energy planning process in the province has broken down, and that little regard is placed on comparing costs and benefits of policies.

For Ontario's climate plan to succeed, its policy-making process will need to mature. Policies must be carefully scrutinized both before and after being implemented, such that only the most effective and efficient are retained. Politicization of decision making needs to be reduced, and transparency increased.

Already, there are reasons to be concerned. The leaked document contains 80 new policies, including large subsidies for electric cars and home retrofits, as well as for many other low-carbon technologies. Prior experience suggests that this type of policy is a costly way to reduce emissions. The government also appears poised to spend all of the new revenue from its cap-and-trade system on measures to cut additional emissions, suggesting that other potential uses for the revenue were not considered, which is striking given the province's poor fiscal state. And since the province's emissions will already be capped under the forthcoming cap-and-trade system, it is not even evident that the policies leaked this week will result in any further reduction in emissions.

Transitioning to a low-carbon economy will be an immense challenge. Ontario's climate plan is one of the first attempts by any Canadian government to seriously grapple with that challenge. Whether it's a model or a warning for other provinces depends largely on whether the province has learned its lessons from past mismanagement and chooses policies in a transparent and analytical manner.

Why is Ontario’s green plan powered by so much central planning?
May 17, 2016 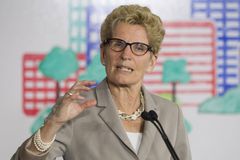 Opinion
The costs of Ontario’s climate plan are no bargain, and largely hidden
May 18, 2016 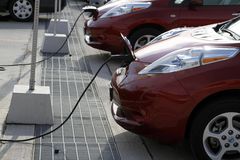