It took Kevin Shaw, president and founder of Zagga Entertainment Ltd., about five days of intermittent effort to conceptualize, write and polish his entry for a business pitch event a year-and-a-half ago at Ryerson University's Digital Media Zone for technology startups.

Delivering the pitch, which won Mr. Shaw an audience choice award at the event, took him all of 60 seconds.

"It was basically like writing a 60-second commercial," says Mr. Shaw, whose Toronto company is building a video-on-demand service featuring movies and TV shows with described video, for audiences who are visually impaired.

"There's quite a bit of wordsmithing that has to take place to get everything to fit," adds Mr. Shaw, who is blind, "but I worked for eight years in radio in creative production and advertising, so I'm used to writing to time."

Cramming all the good stuff about a business into such a concise statement – also known as an elevator pitch – doesn't come as naturally to many other entrepreneurs.

Some turn off their audience by loading too many superlatives in their pitch – "We have the best products at the lowest price!" – while others go on for far too long, notes Robert Tran, a business strategy consultant in Toronto.

"The idea behind an elevator pitch is that you have to be finished saying what you want to say by the time the elevator gets to your floor," he says. "Entrepreneurs love their business and they love talking about it, so it can be a challenge when they've only got 60 seconds to tell their story."

Getting the elevator pitch just right is crucial, Mr. Tran says. This pithy icebreaker can open doors with potential customers or snag an invitation to make a full-on pitch to a boardroom of investors.

Anna-Maria Mountfort, owner of mimiTens, a Toronto-based maker of kids' mittens and booties, says her elevator pitch helped get her products into an in-vogue Manhattan store called Story.

Having actress Whoopi Goldberg rave about her products didn't hurt either, Ms. Mountfort says. The actress was a surprise guest during the Story pitch session, which took place last October.

"Whoopi Goldberg actually put on my mittens," recalls Ms. Mountfort, whose products have also enjoyed call-outs on celebrity websites such as Gwyneth Paltrow's Goop.com. "But you know, it's one thing for people to see your product; they also need to understand what it's about and what your company is all about."

So what makes a good elevator pitch? Off the top, it needs to give people a clear idea of what a product or service does and what problem it solves, Mr. Tran says. This can be tougher to do when that product or service is based on a completely new concept or business model.

Mr. Shaw tackled this challenge by comparing his offering to something most can people can relate to. He described his product as "Netflix for the blind" – a reference to the on-demand Internet streaming service for movies and TV shows.

"Then I addressed the question about what problem it addresses by talking about the more than 20 million visually impaired people in North America who have no access to described video services," Mr. Shaw says. "When I say this, people get it immediately."

Entrepreneurs delivering a quick pitch to prospective investors should provide market-related context, Mr. Tran says. Typically this would include information about the development stage of the business and sales volumes. Businesses that have won high-profile customers should definitely name drop, Mr. Tran adds.

Whenever possible, entrepreneurs going to a networking or pitching event should do a bit of research into the people expected to be at the event. This will help them customize their pitch to their audience, Mr. Tran says.

For Ms. Mountfort, it came as a pleasant surprise when she learned that Ms. Goldberg was a new grandmother.

"So my products meant something to her," Ms. Mountfort says. "That kind of information is always good for me to know beforehand so I can tweak my pitch to make sure the people I'm talking to can relate to what I'm saying."

What a pitch shouldn't do is attempt to deliver a crash course on how the product or service works, Mr. Tran says. For entrepreneurs who have put in a lot of time and effort into designing the processes behind their offering, it can be hard to stay mum about this, he says.

"But if you start talking about the nuts and bolts of your product in that first pitch, that can put off people if they aren't prepared to get down to that much detail at the time," Mr. Tran says.

"Keep in mind that in an elevator pitch, you're really selling the dream – the big idea – and you only have a few seconds to win your audience emotionally and to capture their minds." 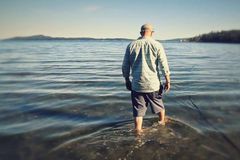 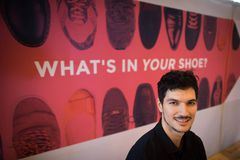 Make your pitch and score with these presentation tips
April 13, 2015
Exporting maple syrup a sticky situation for Ontario producer
April 15, 2015
N.B. drumstick manufacturer yearns to make some noise
April 22, 2015
Ontario greenhouse bounces back from disastrous fire
April 27, 2015
Still killing trees at the copier? Step up with something greener
April 29, 2015
Follow us on Twitter @globesmallbiz Opens in a new window
Report an error Editorial code of conduct
Due to technical reasons, we have temporarily removed commenting from our articles. We hope to have this fixed soon. Thank you for your patience. If you are looking to give feedback on our new site, please send it along to feedback@globeandmail.com. If you want to write a letter to the editor, please forward to letters@globeandmail.com.
Comments