Walking around Toronto this week, the city is starting to feel a little like Hollywood North again as A-listers from the entertainment industry arrive for the Toronto International Film Festival (TIFF).

TIFF's annual arrivals means it's time for midnight screenings, lavish parties and, of course, celebrity sightings. It seems almost everyone has a story about that celeb they saw that one time, whether it's Julianne Moore eating dinner, Ethan Hawke in line for coffee or Anne Hathaway on King Street.

People remember these moments because of our cultural fascination with celebrity, spying a familiar famous face out in the real world becomes a story we retell over and over.

But in the digital age, where the sheer size and reach of social platforms can turn YouTubers, Viners, Instagrammers and SnapChatters into superstars with devoted and dedicated fanbases, it's clear that our definitions of celebrity are changing. Now, influencers like Lilly Singh (a.k.a. iiSuperwomanii), Arielle Noa Charnas (a.k.a. Something Navy) and Lauren Riihimaki (a.k.a. LaurDIY) enjoy the kind of celebrity status once reserved for rock gods and movie stars.

Last week, the Kardashians were hounded in the media for deceptive endorsements on their social media channels. The backlash seemed to strike a chord with Canadians, prompting an important conversation about advertising standards in Canada. It all seemed to culminate with the announcement that Advertising Standards Canada is in the process of reviewing and rewriting advertising laws for paid social media endorsements with influencers.

Dealing with this new category of celebrity requires thinking about branding and endorsements differently, forcing us to answer the question, "What does an endorsement really mean in today's digital world?"

No consumer wants their social media feed to become a constant stream of advertisements that offers no value from people they follow, respect and admire. Creating engaging and unique content that appeals to the aesthetic sensibility and personal tastes of the audience is of utmost importance.

Brands need to remember that an influencer-branded post is not an advertisement, and that the point of working with influencers is to be seen as relevant and important to that person's audience. Restricting the creative freedom of the influencer can hinder the amount of engagement they receive and ultimately jeopardize the authenticity of the content.

Even when a post is tagged #ad, if you trust the influencer, you will believe they are backing good products. The influencers who are going to truly help your brand are the ones who stay authentic and true to what made them popular with their audience in the first place.

Authenticity leads to engagement, which is what true influence is all about. If an influencer has 15,000 followers but only gets an average of 50 likes, shares and/or comments on an individual post, something's not right. They may have a reach but they might not actually be in touch with their audience.

Depending on the campaign and the intended audience, it can be more valuable to partner with an influencer who has a smaller number of followers, but whose followers have higher engagement levels.

Celebrities and influencers are not necessarily interchangeable. It's important to understand your campaign objectives and tailor your influencer strategy accordingly. If you're looking to make a big splash and generate mass awareness, a tier one celebrity approach might make the most sense.

If you're looking for engagement and interaction with a specific target market and a partner to create unique content, working with an influencer popular among certain demographics might be the answer. Influencers in targeted verticals like travel, fashion or fitness tend to have lower total follower numbers, but more engaged followings. What makes influencer advertising so effective is the fact that it's word of mouth – like a friend talking to another friend.

Authenticity is important in every facet of a campaign. Influencers can't be seen to be partnering with everyone that comes along; they must protect themselves from becoming oversaturated by being selective and thoughtful about their partnerships.

It's important for both brands and influencers to enter into partnerships that make sense for both parties. It has to be a natural fit. The goal is for a brand's partners is that they become advocates for the product or service. When the relationship is authentic, it comes across as much more interesting, engaging and persuasive to followers.

The key to success is being transparent, authentic and engaging, and never taking a cookie-cutter approach. 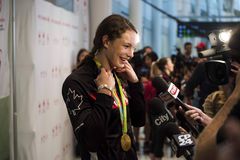 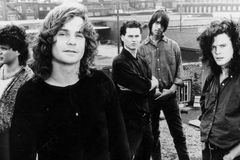 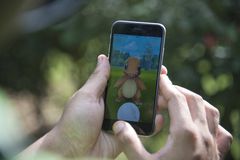