Matur Maker, with his former team, Orangeville Prep, on Saturday, January 17, 2015. Maker will suit up for Prolific Prep North this season .

A new prep school in Sault Ste. Marie is joining the effort to draw big international prospects, while attempting to keep some of Canada's best talent at home, reports David Ebner

A trio of towering teens will make up the core of what might be the tallest high school basketball team on the planet.

From a duo of South Sudan-born players – 7-foot-3 Chol Marial and 6-foot-10 Matur Maker – to Serbian-born Filip Petrusev, also 6-foot-10, the Prolific Prep North team will not be lacking in height when it tip off its inaugural season at a new private school this fall.

"We'll be very tall," said Otto, director of basketball operations of Prolific Prep North. "We might be one of the tallest high school teams in the world."

Welcome to the rapidly changing world of high school basketball in Canada, where prospects choose Canada over the United States, and where a new team in Sault Ste. Marie will vie to be the best in the country and also take on top U.S. prep schools. Canada was, just several years ago, a backwater for high school hoops. As this school year begins, Canada is poised to become a force in the competitive and sometimes murky world of elite teenage basketball, where teams and schools can appear seemingly out of nowhere.

These all-star teams garner considerable attention. Today's top teenage prospect, more than ever, becomes tomorrow's hyped NBA rookie: in the past three years, 20 of the 30 players picked in the top 10 of the NBA draft were only one year removed from high school. This marks an acceleration of a trend that emerged last decade. And, these days, top-10 players are almost as likely to be international as they are American.

Prolific Prep North is one of an expected dozen teams set to play in the new National Preparatory Association, featuring squads from British Columbia to New Brunswick, taking on each other, as well as U.S. teams. The nascent league is co-founded and run by Tariq Sbiet, a scout and CEO of North Pole Media Inc., an online basketball news service. 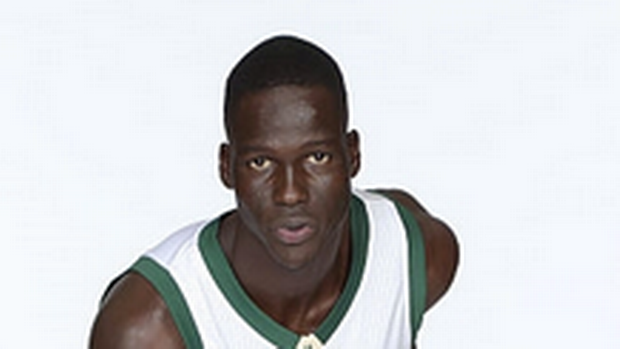 The National Preparatory Association follows the creation last year of the Ontario Scholastic Basketball Association, the first league formed to offer a higher level of high school hoops. The OSBA, geographically focused around Toronto, had seven teams last season. This year there are 11 and there's a new eight-member girls' league. Together, the OSBA and the NPA offer options for Canadians to play at home rather than chasing basketball dreams at prep schools in the United States.

"Not too long ago there was nothing," said Leo Rautins, former men's national team head coach. "It's not saying that going to the States is bad. For some kids, it's great. But this is fantastic. It's long overdue."

The rise of Canadian basketball has been multifaceted. There's talent, led by Tristan Thompson and Andrew Wiggins. There are organizers, starting with Canada Basketball. Among high schools, one root of change took hold in 2010, when entrepreneur Jesse Tipping opened Athlete Institute, a prep school near Orangeville, northwest of Toronto. Tipping envisioned a program that featured strong basketball and a pro-like focus on everything from nutrition to fitness, alongside classes at a local high school. Such models were popular in the United States. Findlay Prep near Las Vegas is one prominent name, where Thompson and other Canadian teenagers played and won national U.S. high school championships.

Athlete Institute scored its first coup when Jamal Murray, a talented but relative unknown from Kitchener, Ont., chose the organization instead of a U.S. prep school. Murray went on to the University of Kentucky and was the No. 7 pick in June's NBA draft. 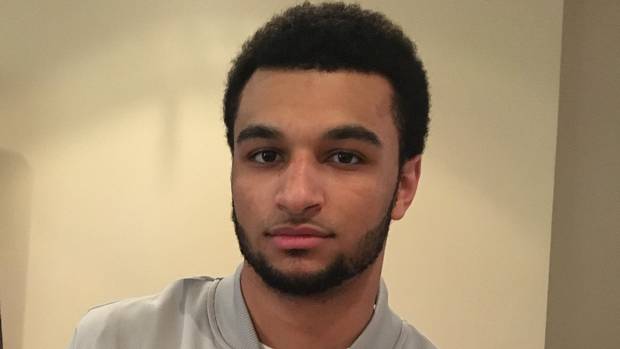 Thon Maker was the second coup, attracting him to Canada from U.S. prep schools – a never-before-made move by a top prospect.

Maker's path was validated when he was chosen No. 10 in the June draft by the Milwaukee Bucks.

And it shined a light on Canadian high school basketball as a potentially feasible route to the NBA.

Thon Maker's landing in Milwaukee, however, has rippled through the new world of Canadian high school hoops.

Tipping's company, Pretty River Sports and Entertainment, was a co-founder of the Ontario Scholastic Basketball Association, along with Ontario Basketball. Thon Maker and his younger brother, Matur Maker, played for Athlete Institute Prep last year, with a schedule against U.S. teams as well as playing in the OSBA.

Thon was MVP. Matur was an OSBA second-team all-star.

As Prolific Prep North was established in Sault Ste. Marie, the program was able to draw 18-year-old Matur Maker, and his guardian, Ed Smith, north.

Smith will coach Prolific Prep North – and he also wanted to be closer to Thon Maker during the 19-year-old's rookie NBA season. The drive to Milwaukee from Sault Ste. Marie is several hours shorter than from Orangeville.

Matur Maker is a big win for Prolific Prep North.

Otto – known as "Huggy" in youth basketball circles – has a long history in the game. He has helped mentor the likes of Tristan Thompson when the NBA star was a teenager. Otto, together with Smith, has quickly built an impressive team out of nothing. Prolific Prep North also attracted Marial, the 7-foot-3 South Sudan player who is 16 and last year played at a prep school in Connecticut. Petrusev, also 16, played in Spain last year. The final roster will be about half international and half Canadian.

The groundwork was laid last year.

Two Sault Ste. Marie businessmen, who were basketball fans, bought a building previously used as a school for $100,000. Blair McLeod had an interior design and construction business. Marty Ricks ran an excavation firm. Together, they established The Tech Academy, a new private high school. Ontario's Ministry of Education is in the process of certifying the school.

Prolific Prep North is an extension of Prolific Prep in Napa, Calif., a program entering its third season. The Napa team attracted attention because of Josh Jackson, a top prospect who will play at the University of Kansas this winter and is predicted to be a top three NBA pick next June.

Remote locations aren't unusual for prep schools. The venerable Oak Hill Academy, the No. 1 high school team in the United States last season, is in the wilderness of Virginia's Appalachian Mountains. 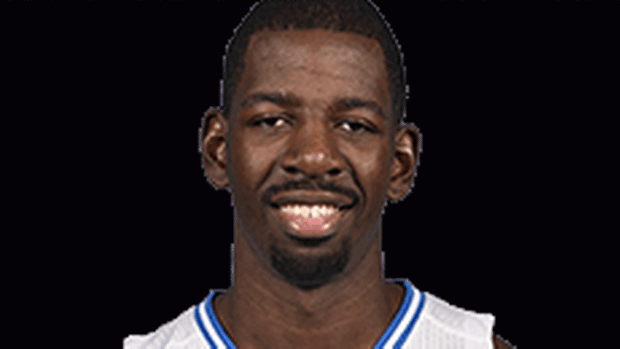 Tuition for Prolific Prep North is $28,300. Some of the players will be on scholarships. Such high prices, with scholarships for the best players to underpin a program, are typical of established U.S. prep schools and newer Canadian ones. There will be about 35 students, on three teams: one for high school boys (featuring the towering international teens), one post-grad squad, and one for high school girls. A school spokeswoman said there will be 10 part-time teachers, a full-time teacher-administrator, and a full-time teacher-coach. Alvaro Tucci, a retired high school teacher, is director of the academy.

"We're a sports town and we're going to put ourselves on the map for basketball," said Tech Academy spokeswoman Nadine Robinson. The owners declined comment. Robinson described them as "private" and inexperienced with media.

"There are so many kids that want to come to North America to play basketball," Russotti said.

Unlike Prolific Prep North, the norm among National Preparatory Association teams is to be connected with an established school. In the Vancouver suburbs, at the B.C. Christian Academy, American coach Kimani Shotwell has also put together an international roster. Shotwell previously was a leading high school coach in Alaska. The Christian Academy prep team will train at nearby Fortius Sport & Health in Burnaby.

"Everything we do we want to do on an elite level," Shotwell said.

In Ottawa, Tony House has started Canada Topflight Academy and the program partnered with Notre Dame High School and the Ottawa Catholic School Board. House, who runs a marketing company, is looking to sell more than $250,000 of sponsorships for Canada Topflight. 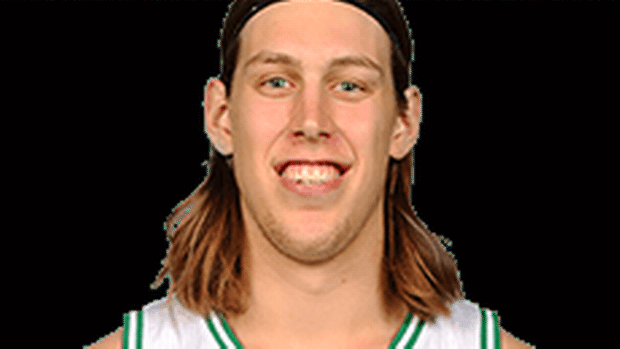 "We're running it like a pro team," House said. "This is where it's going."

Canada Basketball, which has a representative on the board of the Ontario Scholastic Basketball Association, is working on national standards for prep programs.

Numerous items, however, are not yet public, including a schedule, a governing structure, or academic guidelines.

A national championship is set for late March in Toronto.

"It's going to be something special," said Sbiet of the new league.

MORE FROM THE GLOBE