In this smartphone gift guide, I am going to point you in the direction of some of the hottest handsets available from all three of Canada's major carriers. After which, finding the perfect smartphone for you or someone special should be just a little less painful in this busy holiday season.

I already made my pick for the best smartphone on the market, the iPhone 5s. But not everybody wants to pay a budget-busting premium for Apple's newest device when there are lots of competitive options, so here's our guide to the best phone for your budget, carrier and platform needs. 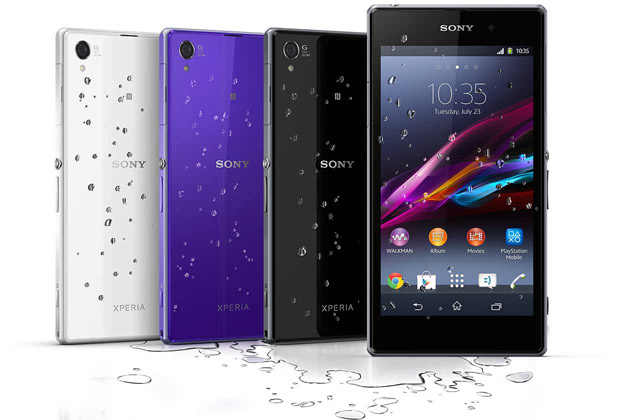 Before we go on, a note on Android: As recently as a few years ago, I wouldn’t have recommended an Android smartphone to my worst enemy; despite the fact that even then many of the handsets boasted removable batteries, clever hardware designs and upgradeable storage. Back then, it was impossible to overlook an Android-powered phone’s clunky, crash-prone operating system, infuriating manufacture installed bloatware and underwhelming selection of applications.
Today, Android is a sleek, user-friendly operating system that provides handset owners with multiple user accounts, a voice recognition and control interface that you’ll actually want to use, a much more robust selection of downloadable applications, not to mention massive amount of user interface customization made possible through a constantly growing collection of downloadable on-screen widgets and skins available from the Google Play Store.
One of the best pieces of hardware running Android today is Sony’s Xperia Z1. Waterproof and dust-resistant, the Z1 is designed to stand up to the casual abuse most of us heap on our smartphones on a daily basis – even if that abuse comes from taking photos in up to 1.5 meters of water. The LTE-capable Z1 has a five-inch full HD Triluminos 1080p display that offers 441 pixels per inch. This guarantees that no matter what you view on your Z1 – movies, games, an ebook text message or camera image – will look its best. And what a camera: the Z1 boasts a 20.7 megapixel capable of taking some of the sharpest, colour-true images I’ve ever gotten out of a smartphone. Add to this a battery capable of powering users through a whole day of tapping and swiping, a slot for upgrading the phone’s storage with micro SD cards, and a blazing fast Snapdragon Adreno 330 GPU and you’ve got the makings of a very serious mobile computing and communications device on your hands. 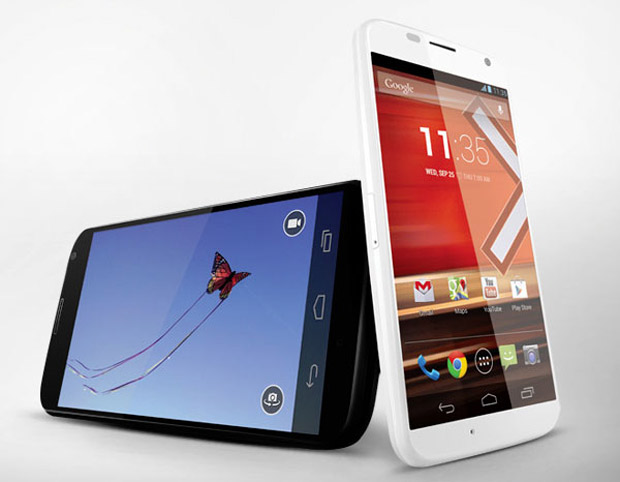 The Xperia Z1 is available from Rogers too, and it’s a great phone. But if I had to pick one Android handset that is Rogers-only, it’d be the Motorola Moto X. The Moto X comes with a 4.7-inch AMOLED HD 720p display, a battery that can provide up to 24 hours of use and 16 GB of non-expandable storage. You’re likely thinking to yourself that the Moto X’s specs sound a whole lot less impressive than what the Xperia Z1 has to offer. And, you’d be right. But hardware isn’t everything. Running the latest version of Google’s Jellybean operating system, the Moto X has the unique ability to respond to voice commands without the owner ever touching the handset. With the Moto X, it’s possible to choose a song or playlist, add an appointment to your schedule or dial a number simply by talking at the phone from across the room. What’s more, the phone’s software is intelligent enough to quietly display only the information you need, as you need it, making it easy to put your phone down without having to worry about missing anything important. 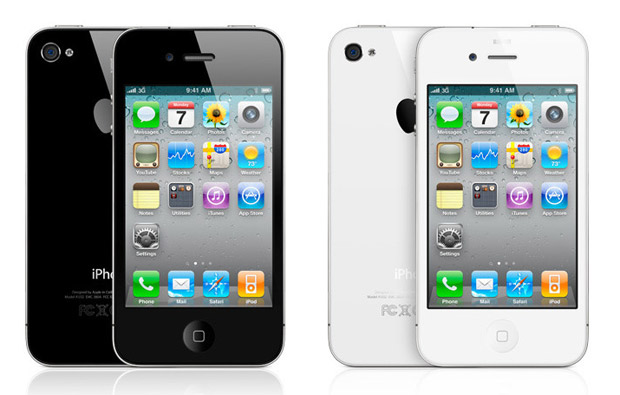 It might be a little slower than the handsets released this year, but the iPhone 4s (which first launched two years ago) is still fast enough to keep most people happy. It has a smaller 3.5-inch screen, but just like the iPhone 5s and 5c, the 4s has access to the largest collection of applications, media and services currently available on any smartphone, as well as the latest version of Apple’s iOS 7 operating system – all free with the purchase of a two year plan. If Apple was making its plastic phone, the 5c, available at no cost with a contract, we would recommend it instead. But for budget and power, the 4s is still a great deal. 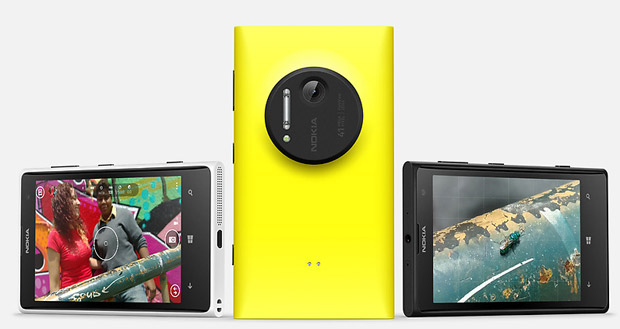 When it comes to picking the right handset for the photo enthusiast in your life, there’s no contest. Powered by Microsoft’s Windows Phone 8 operating system, the Nokia Lumia 1020 features a 41 megapixel camera packing Pureview technology, optical image stabilization and 32 GB of internal storage. Once you’ve taken a picture, you can zoom in on the action on the handset’s 4.5-inch display and crop it on the go (for a detailed photo-review click here). And because it’s powered by Microsoft, 1020 owners also get full access to a mobile version of Microsoft Office (something no other platform can do). And the variety of Windows Store apps is getting better too: Instagram is now available, and so is Google-owned navigation program Waze. 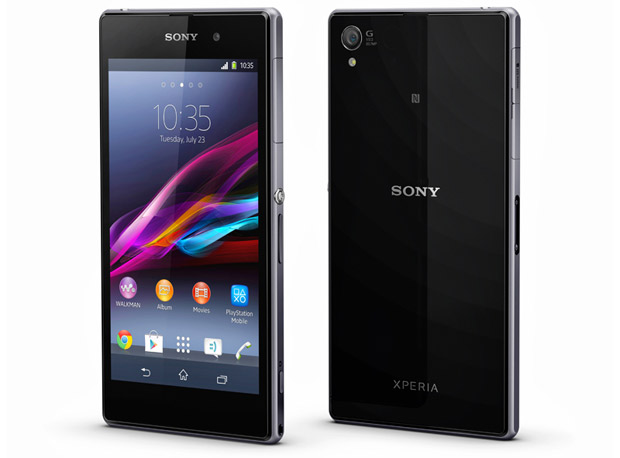 While it can only claim half of the megapixels baked into the Lumia 1020, the aforementioned Xperia Z1 is no slouch when it comes to taking photos on the go. In addition to being the best Android handset currently available to Bell customers, the Z1’s camera app offers a number of features that are typically only found on standalone point-and-shoot cameras, making it a great choice as a backup camera for your next sightseeing adventure, maybe you can even leave your camera bag at home. 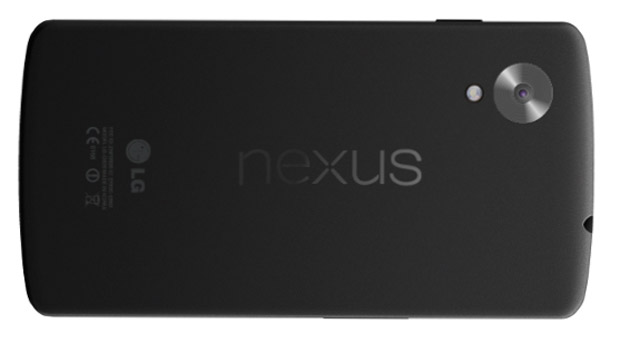 Android phones built as part of Google Nexus program have always offered a great dollar-to-feature ratio. The last edition – LG’s Nexus 4 – could be purchased unlocked and ready to use on any network from Google for as little as $199. Sadly, the Nexus 5, which was released earlier this Fall costs more, but for the time being, there’s no similarly powerful unlocked phone that’ll run on any of Canada’s major networks that can be had for less dough.
Priced at $349 for the 16 GB model and and $399 for 32 GB, the handset can be bought online directly from Google. Weighing only 4.59 ounces, the Nexus 5 comes packing a five-inch 1920 x 1080 Full HD IPS display that offers users razor sharp images for video and the text is easier to read than it is on a printed page. You’ll also find that the handset is powerful enough to play the latest 3-D games, and provide lightning fast Internet access thanks to its powerful Qualcomm Snapdragon 800, 2.26 GHz CPU, a Adreno 330, 450 MHz Graphics Processing Unit and LTE connectivity.
One of the biggest complaints about past Nexus handsets has been the camera. This time around, LG and Google beefed up the hardware and made significant improvements with camera software in the new Android 4.4 operating system. With the Nexus 5, you’ll enjoy a 8 MP rear facing camera with Optical Image Stabilization, which’ll make for better shots on the go or when you’re taking pictures of fast moving subjects. That said, it still doesn’t offer results as nice as those produced by the iPhone 5s or the Nokia Lumina 1020 with its beastly 41 megapixel camera sensor. Additionally, while we’re on the topic of the camera, it’s worth mentioning that the rear-facing camera lens assembly juts out a bit from the rest of the Nexus 5, making it more likely that the lens might get scratched.
Still, for the price, it’s hard to complain about such a small shortcoming. 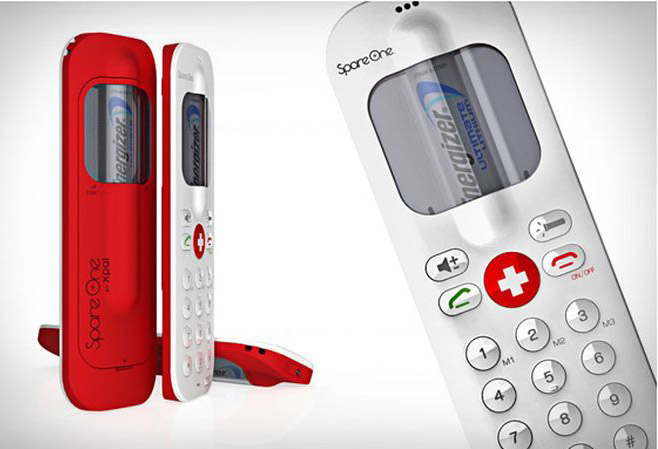 Not everyone needs or wants a fancy smartphone. Sometimes the best gift you can give is peace of mind. The SpareOne Emergency Phone doesn’t offer such features as e-mail, Internet access or games, but in the middle of a power outage, natural disaster or a breakdown at the side of the road, there’s nothing better.
Unlike most cellphones, the SpareOne operates off of a single AA battery, so there’s no need to plug it into the wall to charge it. If left unused, the SpareOne claims it will hold its charge for up to 15 years. When the time comes to make a few calls, the AA battery allows for up to 10 hours of talk time. The handset also has a built in LED flashlight, a panic siren and optional location and alert services to help authorities find you in the event of an emergency. At $80, the SpareOne is a great, inexpensive way to keep yourself or your loved ones a little bit safer.
Follow us on Twitter @globetechnology Opens in a new window
Report an error Editorial code of conduct
Due to technical reasons, we have temporarily removed commenting from our articles. We hope to have this fixed soon. Thank you for your patience. If you are looking to give feedback on our new site, please send it along to feedback@globeandmail.com. If you want to write a letter to the editor, please forward to letters@globeandmail.com.
Comments