Sardinia earned a fair amount of notoriety late last summer when the party crowd, including former prime minister Silvio Berlusconi, pushed it to the limit and turned its hedonistic nightclubs and restaurants into COVID-19 hotspots.

The Italian island, with a population of 1.6 million, became a cautionary tale of the dangers of playing fast and loose with physical-distancing rules and other pandemic-fighting restrictions. The case surge on the mainland in the autumn – the second wave – can in good part be traced back to holidaymakers on Sardinia, few of whom were tested when they returned home (Mr. Berlusconi did test positive).

Sardinia apparently learned its lesson and buttoned-down hard. By March, it was the only region in Italy to be declared a zona bianca – a white zone – meaning the number of new cases was falling precipitously and life was returning to normal. Too normal, it turns out. The rest of Italy was envious. Every other region was either a medium-risk orange zone or a high-risk red zone.

Today, Sardinia is a cautionary tale once again. Its sweet victory over the virus has proven exceedingly short. Only three weeks after it was declared white, it moved into orange status as the downward infection rate reversed course. It is now red, the only region in Italy with that status as the country reopens.

“When Sardinia went into white, the message interpreted by the people was that they could return to normal life,” said Sergio Babudieri, the director of infectious diseases at the university hospital at Sardinia’s University of Sassari, in an interview with The Globe and Mail. “Too many did, and then the English variant came.”

Sardinia is the second-biggest island in the Mediterranean, after Sicily. It is noted for its pristine beaches, healthy lifestyles and long average lifespans. It has almost 10 times as many centenarians per capita as the United States. 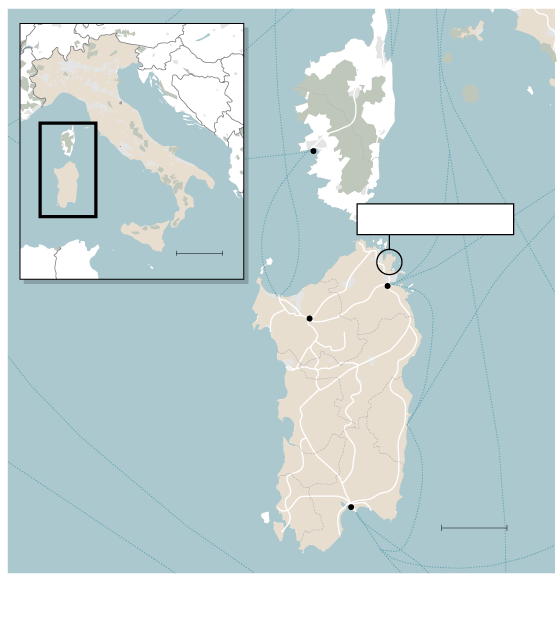 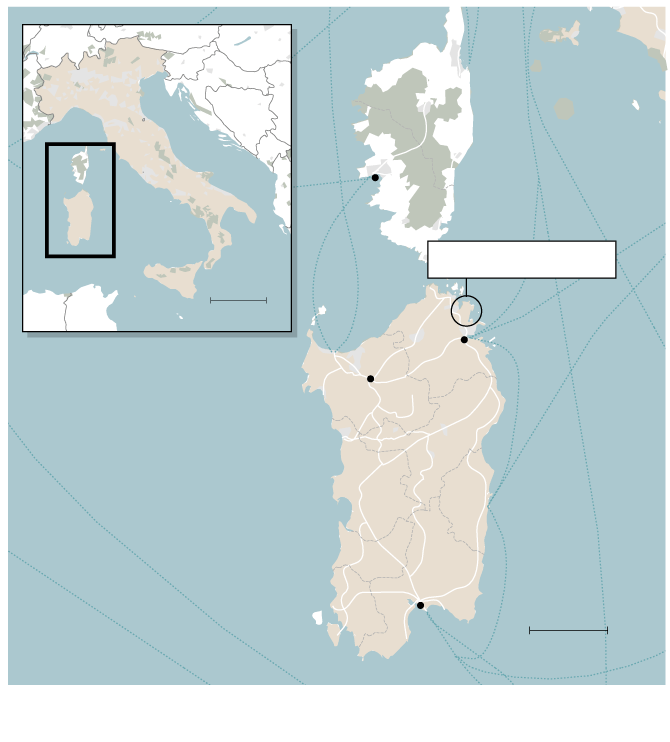 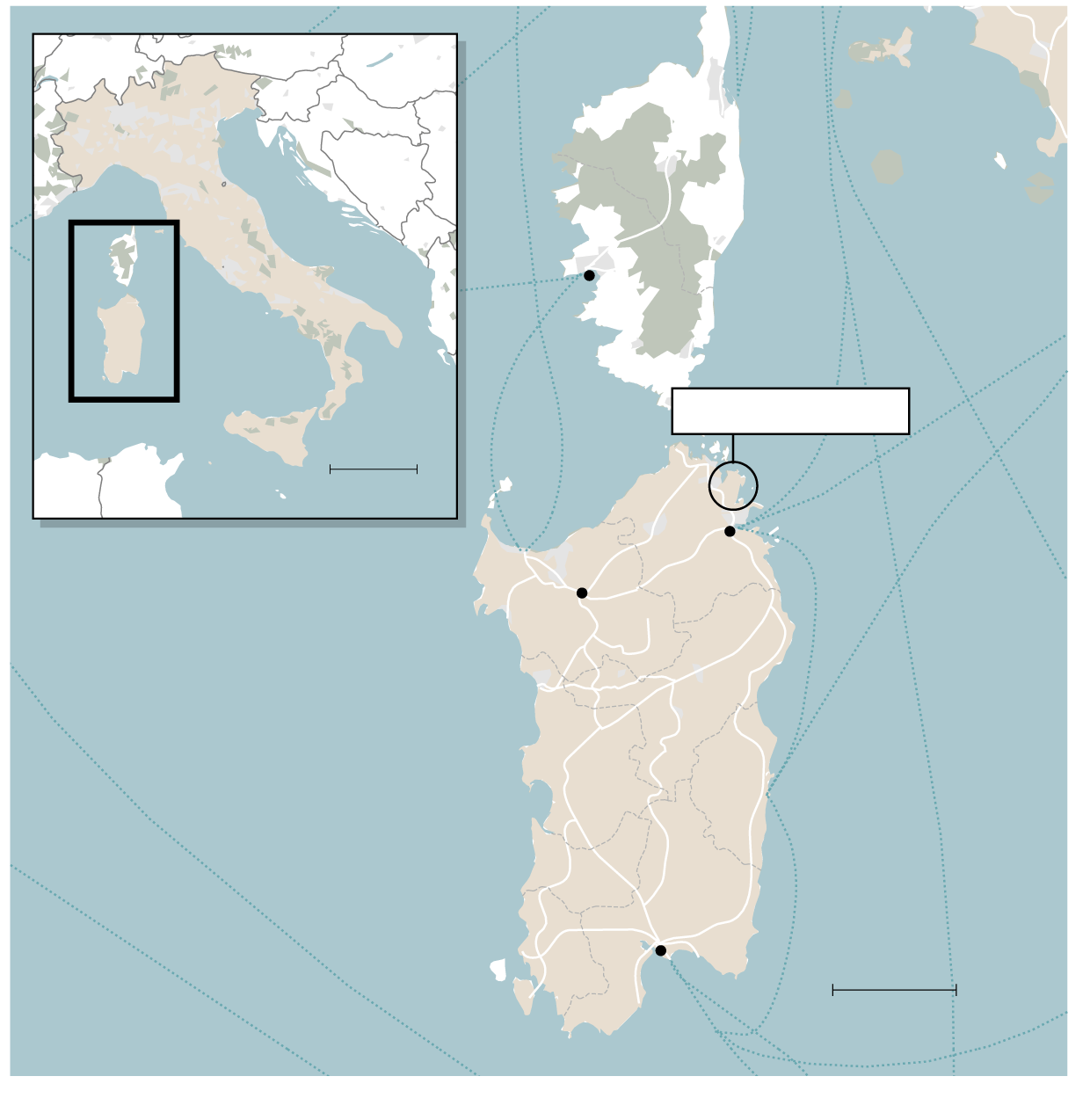 In recent decades, it also became known for the rich and famous visitors who collect each summer in the villas, marinas and nightclubs along the Costa Smeralda (Emerald Coast). The regulars have included Vladimir Putin, Tony and Cherie Blair, members of the Saudi royal family and Flavio Briatore, the former Formula 1 racing mogul and friend of Donald Trump and Mr. Berlusconi who owns the Billionaire nightclub on the Costa Smeralda.

They and other visitors were prevented from visiting Sardinia last spring, when Italy became ground zero of the European pandemic. President Christian Solinas – Sardinia is an autonomous region – demanded that Rome isolate the island. The government agreed, and Sardinia largely dodged the first wave, which killed tens of thousands on the mainland.

By mid-May, Sardinia recorded zero new infections. By early summer, the infection rate across all of Italy fell, and the country cautiously reopened. But the Costa Smeralda went overboard, with numerous reports, backed by video evidence, of clubs and bars violating physical-distancing rules. By late August, the area turned into the “Emerald Covid,” according to a headline in a prominent Italian newspaper, though Mr. Briatore insisted after testing positive that his club “always respected the rules.”

Sardinia closed shop again in the fall, as did the rest of Italy. The island resisted relaxing restrictions over Christmas and seemed largely immune from the devastating third wave that hit mainland Italy at the start of the year. In mid-January, the number of actual positives in Sardinia peaked at 17,600 and began to plummet. By early March, it was under 13,000 – insignificant compared with Italy as a whole, which had about half a million actual positives at the time.

Total Sardinian deaths at the time numbered fewer than 1,200; Italy’s total was about 100,000 (today, 120,000). Progress was good enough to send Sardinia into white – unique in Italy. Its R value, or infection rate, was less than 0.7, meaning every infected person was infecting fewer than 0.7 other people. In theory, the Sardinian pandemic would burn itself out.

But instead of staying shut and building on the downward trajectory of that R value, Sardinia reopened. Bars were allowed to stay open until 9 p.m., restaurants and pizzerias until 11:30 p.m.

The reopening, combined with apparently sloppy physical distancing, saw the R value quickly shoot up to 1.1, at which point the Italian government reclassified Sardinia as an orange zone. The cases kept climbing, and the R value went to 1.5 – the highest in Italy – indicating an exponential rise. On April 12, as Sardinia’s ICUs filled up, the island was classified as a high-risk red zone and went back into lockdown.

“If there is a lesson here, it’s never let your guard down in a pandemic,” Dr. Babudieri said.

On Wednesday, Sardinia recorded 264 new cases, taking the total number of actual positives to 17,455. In recent days, the curve began to dip, indicating that the red-zone restrictions were working. The total number of Sardinian deaths was 1,374, up two from Tuesday. The island’s vaccination rate, like the rest of Italy’s, has been slow by U.S. and U.K. standards but is picking up momentum.

The worst may already be over, but local politicians are urging citizens not to let their guard down, as they did last month. “The situation is getting better,” said Salvatore Puggioni, the mayor of the resort town of Caloforte, in a Facebook video this week. “But clench your teeth and use lots of patience.”