Chinese authorities have used the country’s annual National Security Education Day to accuse journalists of endangering the nation, yet another component of Beijing’s efforts to raise alarm over “anti-China” forces at home and abroad.

Criticism of China, they have made clear, can be considered a threat to the country – and punished as such.

In one case, state security officers arrested a young man for being “deeply poisoned” by his consumption of overseas media, which led to “gradually forming anti-China thoughts.” The man, identified only as Tian, was detained after publishing content online that authorities deemed “anti-China propaganda” and a malicious attack on the government and the Chinese Communist Party. Mr. Tian had previously worked as a Beijing intern for a Western news outlet.

His case was held up by state media as a typical example of “wooing and infiltration in students by foreign anti-China hostile forces.”

As Beijing adopts an increasingly hostile posture toward foreign influence and liberal democracies – particularly Western journalists who have exposed human-rights abuses in China – authorities are seeking new ways to stifle unauthorized discussion at home and overseas.

Mr. Tian, for example, was accused of taking instructions from foreign officials and “secretly gathering and providing so-called ‘evidence’ that discredits and slanders China.”

Another person, surnamed Chen, became an “overseas anti-China media reporter” who “wrote attacks on the Party and the country.”

“In recent years, anti-China hostile forces outside China have been carrying out ‘ideological warfare’ against people in China,” state media reported. That “has led to some foreign students being incited to participate in hostile activities such as forming parties and associations.”

The cases provide no specific evidence, making it impossible to discern what exactly constitutes slander or anti-China conduct in the eyes of Chinese authorities. “You can refer to China’s laws” for such a definition, Foreign Affairs Ministry spokesman Zhao Lijian said Thursday.

But the detention of three people with ties to journalism come amid a sweeping effort to undermine and silence reporting that does not adhere to government dictates.

Officials have accused several women from Xinjiang of sexual improprieties in an attempt to discredit their allegations of assault and mistreatment in the northwestern region, where large numbers of Uyghurs, Kazakhs and other minority groups have been incarcerated, forcibly indoctrinated, separated from their children and forced to work in factories.

Chinese diplomatic missions around the world have bought advertisements and held news conferences to dispute reporting – much of it based on official reports – about government policies in Xinjiang.

A company in Xinjiang is suing researcher Adrian Zenz, accusing him of “fabricating” information about forced labour in the region – even though authorities have openly discussed quotas for moving “surplus labour” to factories and cotton fields. In the lawsuit, Shache Xiongying Textile Co. Ltd. claims severe economic damages and demands an apology and compensation.

In late March, BBC correspondent John Sudworth left China with his family after what he called an “intensifying propaganda campaign targeting not just the BBC, but me personally and my work in particular.”

Last year, two Australian journalists were barred from leaving China until they submitted to questioning by state security authorities.

Media is “one of the key things they are targeting,” said King-wa Fu, a scholar at the Journalism and Media Studies Centre at the University of Hong Kong. Beijing uses an expansive definition of what constitutes matters critical to the country’s safety, he said.

“No matter whether it’s politics or even about economic sectors – about the stock market – they take it all as national security,” he said. And China counts foreign journalists among the “external forces” that have “joined together to try to sanction China.”

“Basically, they conflate foreign media and foreign governments. They just think they are the same agents.”

Under President Xi Jinping, the government has sought to expunge Western thinking from the country while battling what the Communist Party sees as growing international efforts to constrain the country’s rise.

“They see so-called hostile reporting about Xinjiang, about the suppression of human-rights dissidents, human-rights lawyers and so forth as detrimental to China’s soft-power projection,” said Willy Lam, an expert in Chinese politics and a former senior editor at the South China Morning Post. 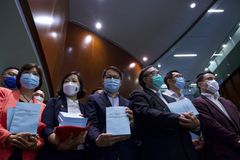 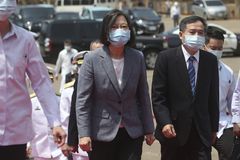 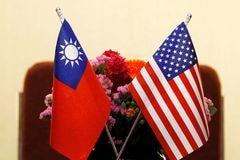