China’s Ministry of Foreign Affairs has filed a formal complaint with the BBC over the broadcaster’s “twisted and groundless reporting” on recent flooding in the central Chinese province of Henan.

In a statement Wednesday, a ministry spokesperson said the BBC had “produced fake news time and again, spread false information on issues related to Hong Kong, Xinjiang and COVID-19, attacked and vilified China in serious deviation from the professional ethics of journalism.”

It singled out the broadcaster’s Shanghai correspondent, Robin Brant, who the spokesperson claimed had “put ideology above facts in his report about the torrential rain in Henan.”

While the BBC has borne the brunt of Beijing’s wrath, other foreign media have also come in for sustained criticism and harassment amid a climate that is among the worst for journalism in China in decades.

At least 17 foreign journalists were forced to leave the country last year after their press credentials were revoked or the government refused to renew them. In September, Australian journalists Bill Birtles and Michael Smith took refuge in the Australian embassy and then left the country, fearing they would be arrested. Earlier this year, BBC reporter John Sudworth left China after almost nine years, citing increased intimidation and threats.

Beijing’s renewed campaign of harassment is being carried out as the death toll from the flooding last month has risen to 302 – more than triple the previously reported figure of 99 – with most fatalities in the provincial capital, Zhengzhou, where dramatic videos show people being swept away by the deluge and trapped inside flooded subway cars.

China’s State Council said Monday that it is establishing a team of investigators “to assess the responses to the devastating flood,” according to the official news agency Xinhua. “Those who are found breaching their duties in the flood will be held responsible according to the law and regulations,” the council said in a statement.

While there was widespread shock online over the sudden jump in the death toll – and some Chinese reports have pointed to alleged mishandling of the disaster by local authorities – the country’s propaganda apparatus has kept its outrage focused on foreign media.

Mr. Brant in particular became a target after he reported – accurately – that 12 people had died after being trapped inside the flooded subway in Zhengzhou. His remarks were twisted in translation to suggest that he claimed the victims had been “left to die” on the platform by rescuers, which quickly attracted outrage online, with the Henan branch of the Communist Youth League calling on its 1.6 million social-media followers to report on Mr. Brant’s whereabouts in Zhengzhou.

This led to two other foreign journalists, the Los Angeles Times’s Beijing bureau chief, Alice Su, and Deutsche Welle correspondent Mathias Boelinger, being confronted by a crowd of angry locals while reporting in Zhengzhou. Some people in the crowd were carrying photos of Mr. Brant and appeared to have mistaken Mr. Boelinger for him.

Reacting to these events last week, the Foreign Correspondents’ Club of China (FCCC) said it was “disappointed and dismayed at the growing hostility against foreign media in China, a sentiment underpinned by rising Chinese nationalism sometimes directly encouraged by Chinese officials and official entities.” The BBC called for “immediate action by the Chinese government to stop these attacks which continue to endanger foreign journalists.” U.S. authorities also expressed alarm.

In response, however, Chinese officials and state media have doubled down on their campaign, accusing the BBC and other media of twisting the story and framing legitimate criticism as harassment.

“When disasters struck Henan, the BBC reporter showed no sympathy but cast malicious smears,” Hua Chunying, a senior Foreign Affairs Ministry official, said on Sunday. “Such practice would be condemned in any country.”

As well as the official complaint lodged with BBC management this week, state media also published several articles excoriating “biased” foreign outlets, including CNN and the U.S. government-funded Voice of America, which were taken to task for articles about disgraced Canadian-Chinese pop star Kris Wu.

In an opinion piece in the state-run Global Times, Fudan University professor Shen Yi claimed sexual-assault allegations against Mr. Wu were being used as “propaganda” by foreign media “to incite gender antagonism and a ‘color revolution’ in rivals of the U.S., including China.”

Another op-ed, published Wednesday by state broadcaster CGTN, criticized the “relentless lies and propaganda” put out by Western media against Beijing. Online, leading ultranationalist accounts once again inveighed against the BBC, this time for an article about how Chinese Olympians have faced a backlash at home for lacklustre performances.

“In the future, when we see reporters with cameras taking pictures of streets and alleys, I would call the police, especially in Xinjiang and other ethnic minority areas,” read one highly upvoted comment. “We should let cops check if they’re qualified for doing interviews. The reporters who lie should not be allowed in at all.”

Not all Chinese officials are apparently convinced that such aggressive tactics are productive. Speaking at a forum in the southern island province of Hainan this week, Zhao Qizheng, a onetime top propaganda official for the State Council, said “you can’t stop interacting with them just because foreign media have scolded us.

“Foreign media like The Wall Street Journal and The New York Times, we have to have more interactions with them,” he said, according to a state media report. “Reporting by the world’s major media is very important, and we must take them seriously.” 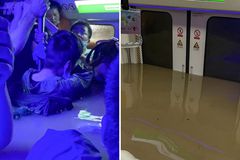 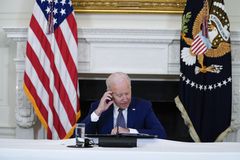 Opinion
The U.S. and China aren’t ready to call it quits just yet
August 5, 2021 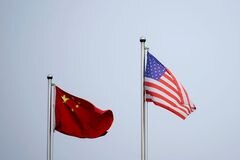 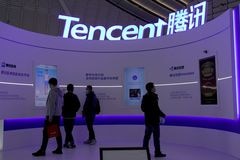