At the northern tip of the Chinese mainland, the tiny village of Beihong sits on the Amur River that divides China from Russian Siberia. Dotted with log cabins and surrounded by larch forests, it is closer to the Laptev Sea than Wuhan, the epicentre of a pandemic that has prompted extraordinary precautions in China’s biggest cities.

But with the death toll rising each day, lockdown measures have also been extended to the most distant corners of the country, a reflection of the fear and authoritarian control that have largely brought the world’s most populous country to a standstill. 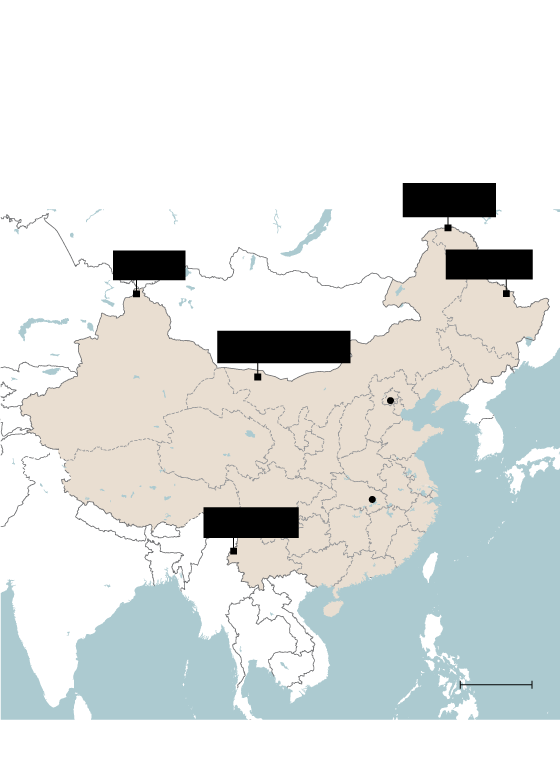 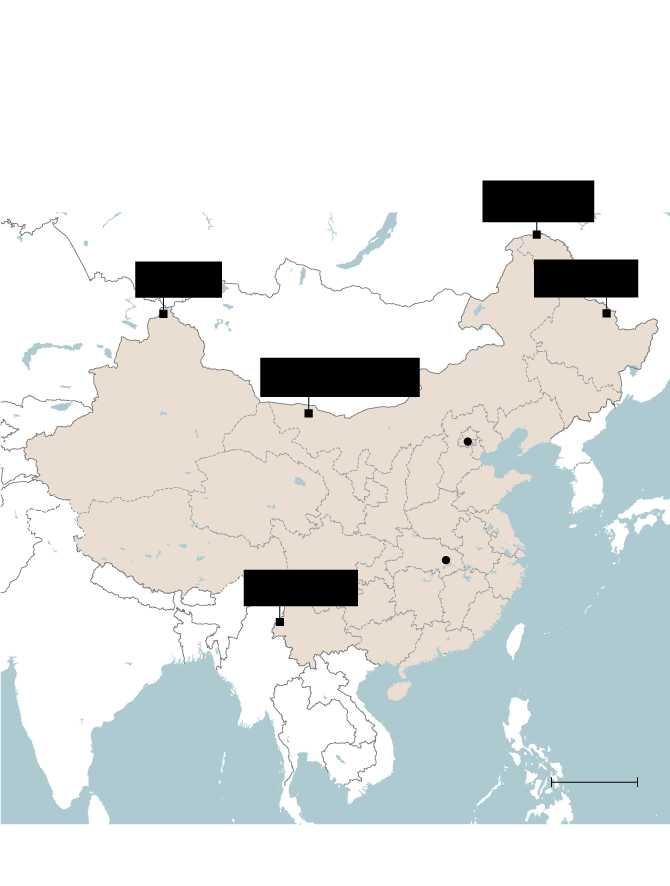 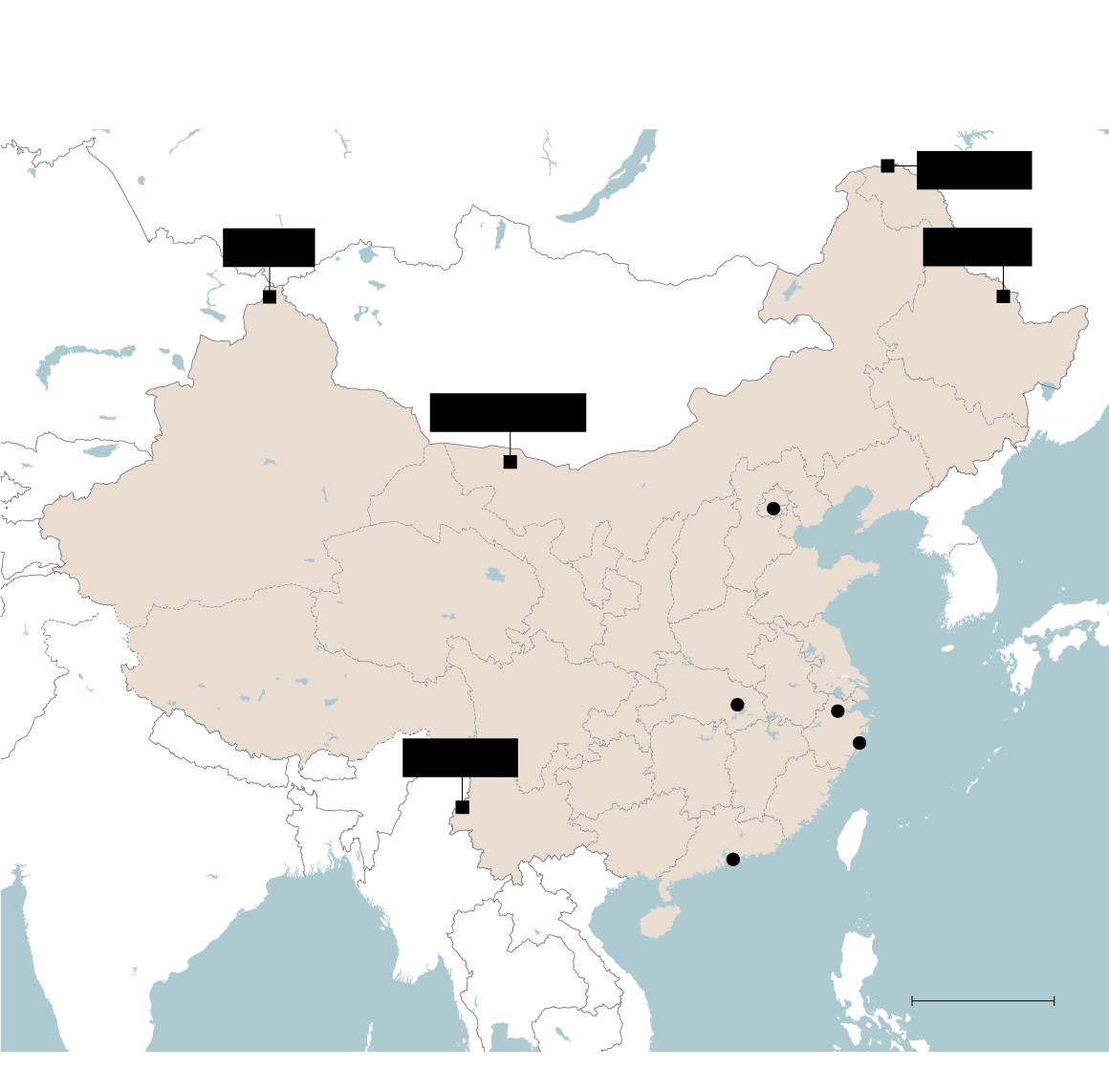 In Beihong, government officials stand guard 24 hours a day at a checkpoint, barring outsiders from entering. Villagers, meanwhile, cannot leave without authorization or return home without a health certificate.

“So to avoid all of this trouble, most people here, including me, have decided to stay home and not go out at all,” said Zhang Cuihua, who works at the Cuihuaxuan Youth Hostel. The hostel has not had a guest since Jan. 28.

Ms. Zhang once thought of Beihong as “a retreat from the world.” Now, reminders of the virus are everywhere – on the news, in social-media messages flooding into her phone, on the empty streets outside her window and on the loudspeaker announcements that sound “every day, warning people about the dangers of infection. I can hear that inside our house,” she said.

The most visible steps to contain the spread of the virus, which has now killed 426 and infected another 20,513 in China, have been the sweeping urban lockdowns that have made travel almost impossible across Hubei province – Wuhan is the capital – and to other major cities, where the virus has begun to spread quickly.

Every province in China has reported cases of the virus. This week, lockdowns were imposed on the high-tech hub of Shenzhen, the tourist destination of Hangzhou, and major cities such as Wenzhou and Taizhou. On Tuesday, Macau asked its casinos to suspend operations.

Those measures reflect the levers of power in a country whose surveillance infrastructure has been designed to assert fine-grained control over the populace. In Hangzhou, authorities deployed drones with speakers to order residents to wear masks and return home. On social media, users forwarded videos of authorities forcibly sealing up homes and violently taking away anyone suspected of being ill.

But some of the most rigid measures have been enforced in more remote areas – in the small communities and farming villages where 40 per cent of the population lives. The inherent isolation of those communities demonstrates the level of anxiety across the length and breadth of China.

Lockdowns have been extended from the verdant southern mountains near Myanmar, formerly known as Burma, and Laos, to the arid stretches of the Gobi Desert and the glacially sculpted landscapes that cross into Kazakhstan.

Authorities have now locked down Hemu village, in the northwestern Xinjiang region, for 10 days, leaving it “fully sealed,” said Ma Zhonghai, a worker at the Yijia Hostel. Government officials make regular announcements reminding people not to leave their homes. Shops and businesses have closed.

“There’s a lack of basic supplies – food and heating equipment. Where can we get these things if the road is cut off? All of the vegetables in the shops are sold out and new supplies can’t enter,” Mr. Ma said, lamenting the monotony of it all. “Eat, sleep and play on your phone – you tell me, is there anything else we can do?”

The only way to leave Hemu is with a special pass that requires a government stamp, a temperature scan and approval by local police, who demand documentation of the applicant’s movements since Jan. 1.

Hemu lies more than 3,000 kilometres from Wuhan. Locking it down is akin to isolating a hamlet in the Northwest Territories because of a viral outbreak in Toronto.

Radical responses to epidemics are not unique to modern-day China. Over the past few centuries, in outbreaks of influenza, polio and bubonic plague, people have sought “to keep out the pestilence,” said Arthur Reingold, a Berkeley School of Public Health scholar who specializes in prevention and control of infectious diseases. That has included using soldiers to keep away outsiders. “There’s a long history of trying to do that,” he said. People are “trying to figure out the best they can to potentially reduce their risks.”

But the value of such measures, which scholars refer to as a cordon sanitaire, remains unclear.

Researchers found some evidence that school closures during a flu pandemic in 2009 and 2010 slowed the spread of infection. Doing so can buy researchers some time to examine new ways to combat a virus.

However, just what can be accomplished through a response as extensive as the one in China today remains “pretty untested,” Prof. Reingold said. ”You could argue that having the power to pretty much control what people do and don’t do quite coercively could, in theory, come in handy.” But “we really just don’t know how effective that can be.”

Still, none of the people in remote communities interviewed by The Globe and Mail Tuesday condemned the harsh conditions imposed by authorities.

“It makes sense – it’s for the benefit of all people in China,” said Wang Ze, who runs a supermarket in Jieliehe, a village in Heilongjiang province, not far from the Trans-Siberian Railway. “Curbing the disease is in our interest. We should co-operate and show restraint. I believe we will make it.”

Still, he was concerned. “What worries me most is where this will lead – what the future will look like. Farmers need to eat, to make a living, to survive. I have no idea what chance there will be for us to develop our own business.”

Almost 4,000 kilometres away in Houqiao, a town in Yunnan province, at China’s frontier with Myanmar, restaurant operator Jiang Yun was depending largely on his own produce, although some markets remained open. “Every door in town is closed in self-isolation,” he said. “So we eat what we’ve planted. It’s enough for our family.”

Lockdown has its benefits, said Xi Fengxian, a hotelier in Ejina Banner, a community in Inner Mongolia in the Gobi Desert, where restaurants, hotels and internet cafés have all been closed and residential areas sealed.

“Every day when I get up, I jog for an hour, then come back and cook for my family,” she said, pointing to the immunological benefits of exercise. “It’s the first time in the past few years that I can take a rest, even if it feels more like I am forced to rest. And it’s also the first time our whole family can be together for such a long time.”

But even here, on the poorly serviced western fringe of one of the world’s largest deserts, she can’t escape the fear that what is happening in cities far away also puts her at risk.

“If the situation keeps getting worse in areas with the epidemic, it’s inevitable that people will flee here,” she said. “And given the extremely poor medical infrastructure here, once we are infected, all we will be able to do is wait for death.”