Huawei founder Ren Zhengfei says his company bears no responsibility for how buyers use its technology, dismissing recent criticism that the Chinese telecommunications giant has enabled human-rights abuses – specifically among Muslims in China’s Xinjiang region.

Think of Huawei as “providing trucks to different countries,” Mr. Ren told The Globe and Mail in an interview this week. “It is entirely up to the driver what kind of goods they put in those trucks.” Similarly, he said, “it is within the authority of a sovereign state to manage those technologies. It is their decision.”

Huawei’s success building wireless networks has seen it spread to 170 countries – including Canada – but it has also brought the company into conflict with foreign lawmakers and security agencies that see its technology as a proxy for Chinese espionage and surveillance.

The company has denied those accusations – even while it is building a substantial new business in surveillance, leveraging its advanced technology in chip-making, artificial intelligence and cloud-computing to produce powerful new tools for governments to monitor and manage their populations.

The company sells “smart city” technology that uses extensive data collection tools, including cameras, to better manage traffic, energy use, parking and public safety. Huawei says it has installed such equipment in more than 160 cities in 100 countries, and corporate marketing materials cite Longgang, a district in Huawei’s home city of Shenzhen, as an example of where “space-to-ground seamless surveillance” led to a decrease in public disorder and criminal cases. One of its selling points is the “timely pre-warning of hidden risks.”

Elsewhere in China, though, Huawei has partnered with police in places such as Xinjiang, where authorities and technology companies have assembled a sophisticated surveillance state in the midst of a crackdown on largely Muslim minorities, such as Uyghurs and Kazakhs.

But China has nothing to apologize for in Xinjiang, Mr. Ren said.

Beijing’s policies have worked, he said, echoing the official line defending the incarceration of hundreds of thousands of Muslims for forced political indoctrination and skills training.

“In past few years Xinjiang hasn’t seen major social incidents or unrest. Xinjiang is becoming stable, and its economy is now growing,” he said. “If the United States wants to find a way to stabilize the Middle East and help the region regain economic growth – and lift its people out of poverty – then I would think the United States would still have the moral high ground.”

Critics say Huawei’s work with authorities in Xinjiang should prompt Western governments to look at its human-rights record, alongside their cybersecurity concerns, as they consider allowing the company’s 5G wireless technology to be installed in their national networks. The U.S. has already blacklisted some Chinese surveillance companies, including Huawei competitor Hikvision, over human-rights violations in Xinjiang.

Ottawa is in the midst of a lengthy review of 5G technology but has not taken similar measures against Chinese companies.

Huawei employees have also been accused of aiding cyberattacks on political opponents by authoritarian leaders in Africa, according to a report by The Wall Street Journal. Huawei has called the report false and has vowed to challenge it in court.

“It is quite shocking that Huawei – an emerging global powerhouse – seems to be completely ignorant of this well-known global framework for business and human rights,” he said. “This willful ignorance is very telling, since it signals that the company is not prepared to protect the human rights of its customers worldwide.”

“Companies engage in corporate social responsibility, not just because it’s ethical to do so,” but also in the hope that “a better brand image will help them generate more revenue,” said Vicky Xu, a researcher with the Australian Strategic Policy Institute’s Cyber Policy Centre. Ms. Xu co-authored a report released last week about Huawei’s partnerships in Xinjiang and said the company’s “unethical actions and its proximity to the party state” are the root of its conflicts with Western governments.

But Huawei abides by the laws of the countries it works in, Mr. Ren said.

“We have to be compliant with international laws and regulations. And based on that legal compliance and full respect of digital sovereignty, we fully leverage new technologies to benefit humankind,” he said. 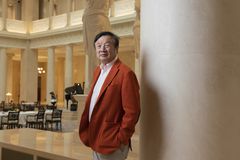 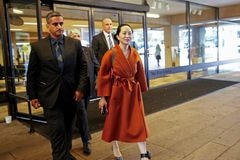 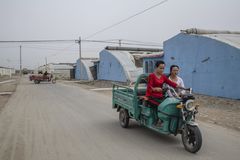