Cities across China have experienced major power shortages in recent weeks, leading to rolling blackouts, plant and factory shutdowns and energy rationing. The crisis is due to a confluence of factors, including a stronger-than-expected export market, spiking global coal prices, and controls on electricity pricing that meant many power plants were operating at a loss.

On Monday, Liaoning, a province on the border with North Korea, said it was still experiencing power shortages of as much as 20 per cent and that the situation was expected to worsen by mid-October.

In a statement, the National Development and Reform Commission, China’s top economic regulator, said it had asked major coal-producing provinces to increase output in order to ensure supplies ahead of winter, a major concern in northern China, where people depend on coal to heat their homes against the bitterly cold temperatures.

Hundreds of coal mines in Shanxi and Inner Mongolia are expected to produce an additional 173 million tonnes by the end of the year, according to state media.

However, there are concerns that recent heavy flooding in Shanxi could affect production, with dozens of mines in the province forced to close in recent days. More than 120,000 people had to be evacuated over the weekend after continuous downpours triggered floods that caused some 17,000 houses to collapse, state news agency Xinhua reported.

The energy crisis is threatening the Chinese economy’s recovery from the pandemic, with a report from Moody’s Investors Service warning that electricity cuts “will add to economic stresses, weighing on GDP growth for 2022.”

It has also highlighted the country’s continuing dependence on coal, even as it attempts to pivot away from fossil fuels.

“China strives to peak carbon dioxide emissions before 2030 and to achieve carbon neutrality before 2060,” Vice-Premier Han Zheng said Monday after a climate dialogue with the European Union. He added that China will “strictly control” coal-fired power generation projects and “strictly limit” the increase in coal consumption over the current five-year plan, which runs until 2025.

China is among the world’s worst polluters and is already experiencing the effects of climate change. Later this month, Chinese President Xi Jinping is due to address COP26, the United Nations climate change summit, after his widely praised pledge in September that China would not build new coal-fired power projects abroad and instead would increase “support for other developing countries in developing green and low-carbon energy.”

However, the energy crisis has seen officials and state media emphasize that the country’s green transformation is still very much in its early stages. In a statement Monday, Premier Li Keqiang said China should “balance development and carbon reduction.”

“Energy security bears on development security and national security,” Mr. Li said, adding that the “stability of industrial and supply chains and sustained and steady economic development” must be ensured.

“Since the transition to green energy won’t happen overnight, China’s dependence on fossil fuel imports will continue,” said an editorial in the Global Times, a state-run tabloid. “During the transitioning process, it is imperative for China to strike a balance between reducing carbon emissions and guaranteeing stable energy supplies.”

The paper added that “vigorous green development” could help end a dependence on fossil fuels and allow China to “break away from the constraints by the U.S. or other external forces when it comes to energy supplies.” 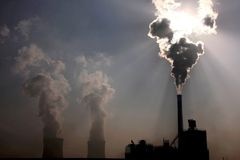 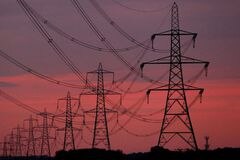 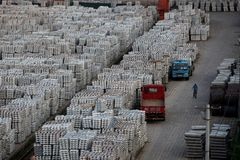