A Chinese woman who wrote a widely discussed online account of domestic discrimination has been branded a “crazy dog” who supports terrorism and should be put to death.

More than two million people viewed the account, which describes how hotels refuse lodging to some ethnic minorities in China, while authorities in Beijing recruit snitches to report on Muslim students, force women to remove headscarves and urge them to stay off the streets.

“How ridiculous is this country? It asks you for your love on the one hand, and stabs you with the other. It says you are family and labels you as the lowest-class citizen at the same time,” wrote the author, Ms. Zhang, 23, a recent university graduate and part-time English teacher who, according to her Chinese national identification card, is an ethnic Mongolian.

Her article – and the vicious response to it – briefly brought to the fore inside China a debate over the treatment of people on the country’s fringes, a topic much-discussed outside China but often suppressed by censors. Her writing, too, was eventually blocked, but not before it had sparked a conversation usually not seen in China.

Ms. Zhang grew up in a city in Inner Mongolia some 400 kilometres from Beijing, but grew up speaking Mandarin Chinese. She does not speak Mongolian. Neither do her parents, including her father, who is also officially Mongolian. (The Globe and Mail is not publishing her full name for fear of reprisals.)

But she was denied entrance to a youth hostel last year by a clerk who saw her ID card and told her, “We can’t accept people like you.”

“I asked him, ‘what kind of person?’” Ms. Zhang wrote, in an article translated by China Digital Times. “He said ‘you people, Inner Mongolians, Xinjiang people, Tibetans; the local police station has regulations.’”

Such experiences are commonplace in China, particularly for Uyghurs, the largely Muslim group whose home in the western Xinjiang region has been transformed into a heavily policed surveillance state. Uyghurs have fought in Syria and Afghanistan, and been accused of terrorism inside China. In the past year, large numbers of Uyghurs have been confined in political re-education centres that resemble prisons.

“Even well-educated Han Chinese have little idea about the everyday discrimination that Uyghurs and other ethnic minorities face in China, and instead, they only hear a narrative about how many economic benefits and other opportunities the government has doled out to ethnic minorities.”

In her account, Ms. Zhang describes her own realization that some Chinese citizens were treated differently. Before the Paris terrorist attacks in late 2015, Uyghur and Kazakh classmates in Beijing celebrated Muslim festivals and decorated dorm rooms with tapestries and rugs.

After the attacks, a Uyghur roommate began to pray less frequently, shifting from “above-board and comfortable worship to sneaky and fearful observance.”

School authorities sought snitches “to report on her. We didn’t want to, so every time they asked, we’d just lie – she is no longer praying, no longer wearing her headscarf, no longer reading the Koran,” Ms. Zhang wrote in her online article, published March 19.

Initially, the comments she received were supportive.

Then the post was shared by a prominent blogger who has spoken out against China’s treatment of Uyghurs. Of the more than 4,200 comments that rained down, “most of them were cursing,” Ms. Zhang said, including some death threats.

“My compatriots died by the knife; they died in explosions; they were born second-class citizens; even decent death for them is a huge luxury,” wrote one commenter. “So I don’t care what you and your people are suffering. … Let me repeat, all people of other ethnicities should die.”

“Your post makes me feel extremely sick,” wrote another. “Have you ever thought that the great majority of terrorists are exactly the people you are supporting? What you need to do now is change your mind. But if you want to die with them, go ahead.”

Many of her critics protested that minorities in China are treated too well, rather than too poorly. China offers preferential treatment to some ethnic groups, including by lowering thresholds for university acceptance and providing other educational benefits. Ms. Zhang was able to enter an ethnic minority prep school, for example, although her college entrance marks were strong enough that she did not need the government-provided boost.

Still, one of her social media critics called her “one of those ‘Chinese Village bitches’ who are spoiled and live lives that are too privileged.”

“Barking like a crazy dog. Is that all you can do?” added another.

China formally recognizes 56 ethnic groups, including the dominant Han, who make up nearly 92 per cent of the population, and 55 others whose small percentage still accounts for some 112 million people, according to United Nations figures.

The country’s leadership publicly prides itself on its diversity, and some delegates arrive at annual political meetings in Beijing attired in brilliant ethnic dress.

“China has always opposed any form of racial discrimination,” foreign ministry spokesman Geng Shuang said earlier this year, answering questions about the use of a Chinese actor in blackface at the nationally televised Spring Festival Gala.

The Globe and Mail reached out to a half-dozen cultural commentators and experts in sociology, and minority religious studies in China for comment. All refused.

But the reaction to Ms. Zhang’s article underscored the degree to which the country’s policies – permitting grumbling against minorities, while censoring discussion of their ill-treatment – have fostered resentment.

In one way, though, her own experience has been a positive one. Initially, when her roommate described the treatment of Uyghurs in Xinjiang, “it was very hard for me to believe or comprehend why — until it happened to me,” Ms. Zhang said.

“It’s morally wrong to treat people as potential criminals,” she added. “If I didn’t have my experience of getting along with Uyghurs, I might be one of those people who know others only by stereotype. It’s really scary.” 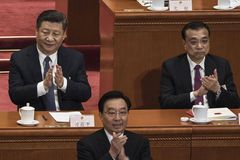 Beijing is spending its way to 'an experiment of what is possible' to police Xinjiang’s Uyghurs
March 8, 2018 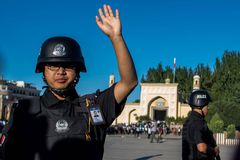 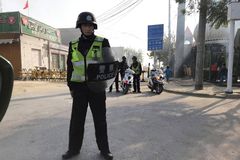