The seaside town of Forte dei Marmi, in northern Tuscany, was virtually unknown outside Italy 20 years ago. The snub of Russian oligarch Roman Abramovich was instrumental in putting it on the map.

In the summer of 2008, Mr. Abramovich – the now heavily sanctioned owner of the Premier League’s Chelsea Football Club – anchored his superyacht, Le Grand Bleu, off Forte dei Marmi and tried to make a dinner reservation at the elegant Ristorante Bistrot. The restaurant was fully booked, so he and his guests were turned away. Reportedly angry, Mr. Abramovich left town and pointed his yacht to Sardinia.

The story took off in Italy. National newspaper Corriere della Sera noted that when the billionaire asks for something, “few have the courage to say no.”

Suddenly, Forte dei Marmi – Fort of the Marbles – was famous. Rich Russians flooded in, spending lavish amounts renting or buying villas and developing resort hotels that catered to the ultrarich. “This became a Russian city in the summer – ‘Little Russia,’ they called it,” said Ettore Giannecchini, co-owner of the Morinotto property agency, which has done a lot of business with Russians. “But now they are suffering. We probably won’t get so many of them this year because of the sanctions.”

Shop and restaurant owners fear the sanctions will keep the northern visitors locked inside Russia this summer. But for the town residents, the news is not all bad. A few rich Ukrainians are trickling into town, seeking refuge from the war.

One fairly recent villa buyer is none other than Ukrainian President Volodymyr Zelensky. The gated property, positioned well back from the beach and surrounded by the villas of wealthy Russians, has become a popular video-shooting location for the Italian and international media. 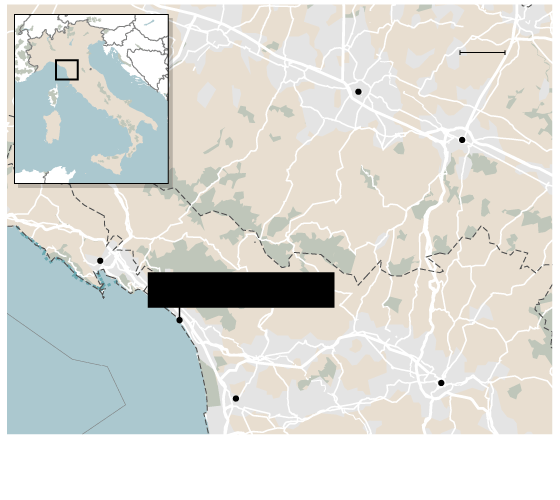 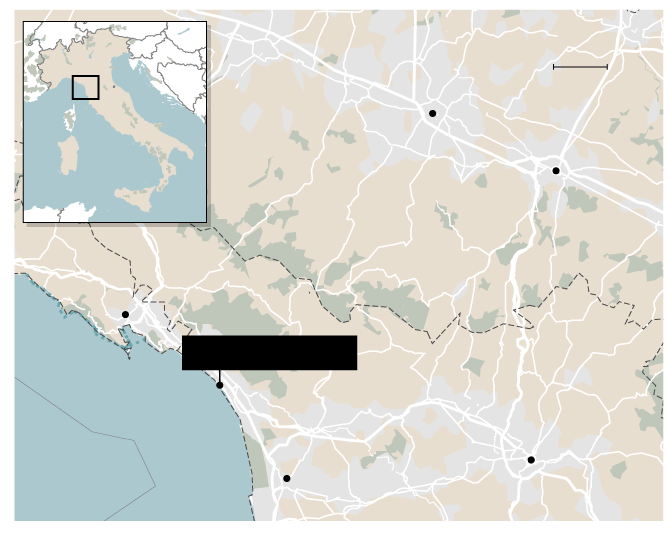 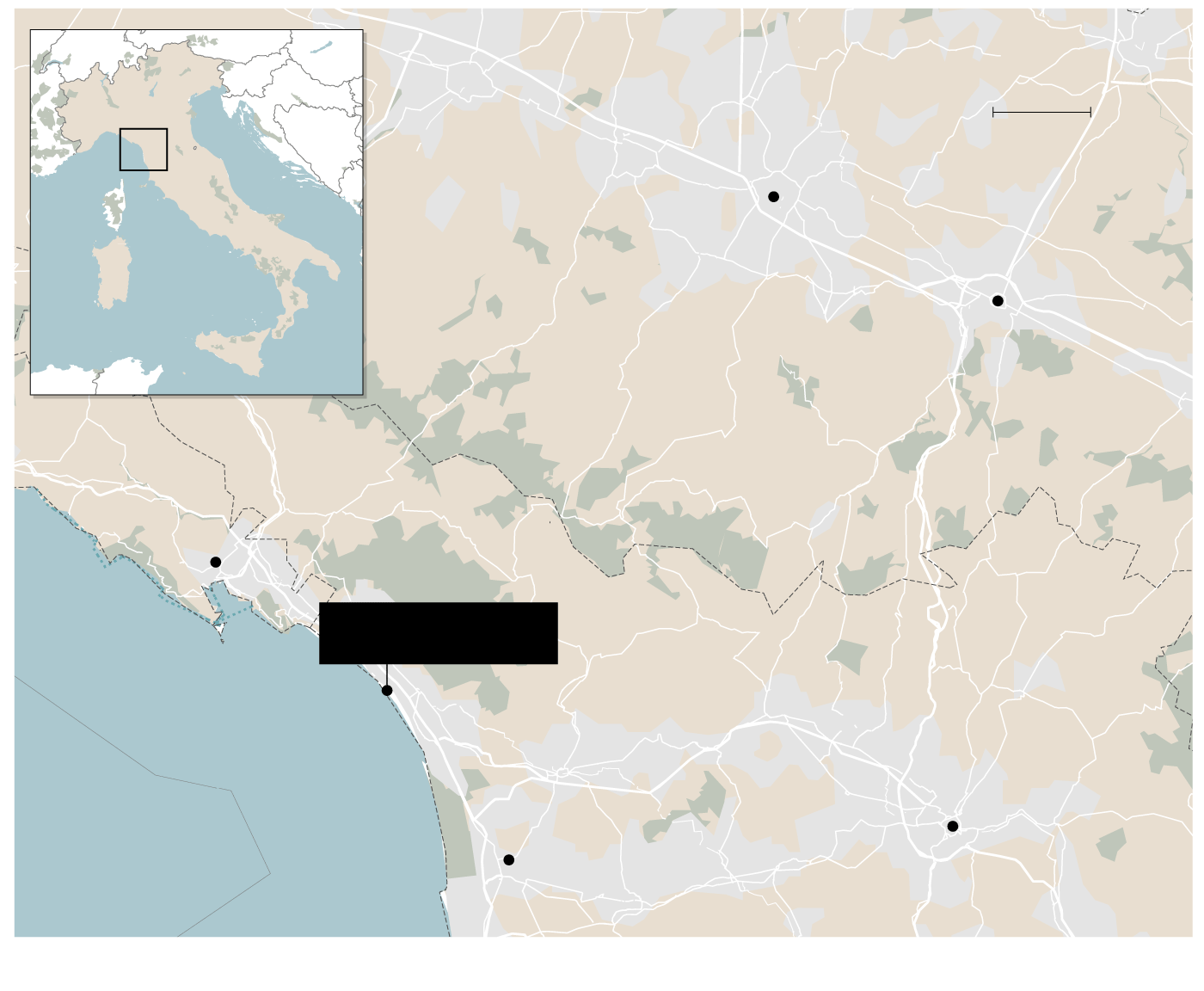 Forte dei Marmi’s winter population of about 7,000 triples or quadruples in the summer, largely because of the arrival of Russians, with some Swiss, French, British and Germans added to the moneyed mix.

The town is located roughly halfway between Pisa and La Spezia on the Tyrrhenian Sea. In recent centuries, it served as the port town for the shipment of the white or blue-grey Carrara marble favoured by some of the top Renaissance and Baroque sculptors, including Michelangelo.

Lately, tourism has been its lifeblood – but not just any tourism. The prices of villas – even to rent – are considered obscene by Italian standards. Local real estate agents say it can cost between €100,000 and €150,000 (about $130,000 to $200,000) to rent for July and August. Some owners have paid almost €15-million. Even booking a spot on the beach – a chaise longue and a sun umbrella – at one of the private beach clubs can set you back thousands for the summer (in high season, public beaches are rare in Italy).

Rumours – never backed up – have it that Russian President Vladimir Putin owns a property in Forte dei Marmi. The town is just down the coast from the marina where the Scheherazade, a US$700-million superyacht reportedly owned by Mr. Putin, is currently docked.

Forte dei Marmi obviously caters to wealthy non-Italians. The boutiques around Piazza Cavour, more or less in the centre of the elongated town, include Tod’s, Loro Piana, Paul & Shark, Louis Vuitton and Armani – shops you would find on the smartest fashion streets of Milan, Rome and Paris. The cars and restaurants, some of which offer menus in Russian, are expensive, as are the galleries, where the wealthy buy art to decorate their homes.

One such gallery is Oblong, which also has one on Bluewaters Island in Dubai. The shop is full of contemporary paintings and sculptures from some of the best-known European artists, including the late Polish sculptor Igor Mitoraj. Oblong’s managing partner, Paola Marucci, said she sold a fairly small Mitoraj to a Russian in 2021 for €160,000.

That was the last good year for Forte dei Marmi. This year, the town is bound to see a financial downturn.

“It’s impossible for us to plan,” Ms. Marucci said. “We don’t know if the Russians will come since [the sanctions] mean they can’t pay with Visa or Amex. Maybe the Arabs or the Ukrainians will come.”

Mr. Giannecchini of the property agency said the first wealthy Russians came in the early 2000s. He remembers a senior executive of Lukoil, one of the world’s top oil and natural gas producers, being among the pioneers. Word spread about the delights of the small seaside resort, and other Russians followed. “There was a chain of them,” he said.

He and the Italian media have said that the rich Russians and oligarchs who rented or bought villas over the years include Oleg Deripaska, the aluminium magnate now under sanctions (his spokesperson in Moscow declined to confirm or deny that Mr. Deripaska was once a Forte dei Marmi regular); Dmitry Bosov, the coal industrialist who was found dead of a gunshot wound in his Moscow apartment in 2020 (his death may or may not have been a suicide, according to various reports); Alexander Knaster, the Russian-American founder of Pamplona Capital, now backed by sanctioned oligarch Mikhail Fridman; and Oleg Tinkov, the financial and retail entrepreneur who, in 2014, was ranked as the 15th-richest person in Russia, with a fortune then estimated by Forbes at US$8.2-billion, and who was indicted for tax fraud in the United States in 2019 (he paid a US$509-million fine in a plea agreement last year).

Mr. Tinkov appears to have the most visible presence among the wealthy Russians in Forte dei Marmi. Recovering from leukemia, he is often spotted cycling in the area – until 2015, he owned the Tinkoff professional cycling team, which competed in the UCI World Tour.

He owns the Datcha collection of luxury hotels and resorts, which includes a small palace in the centre of Forte dei Marmi. Built in 1930, only about 30 metres from the beach, it is one of the most prominent and elegant buildings in town and evidently caters to billionaires, not millionaires. The Datcha website says each of ten rooms starts at €69,000 a week – the equivalent of $13,500 a night. Guests can also rent the hotel’s 28-metre Pershing 9X yacht for €9,900 a day, excluding fuel, tax and port charges.

Mr. Tinkov is trying to distance himself from the Kremlin. On a recent Instagram post, he said he is against the war, denied any connection to Mr. Putin and claimed he was not an oligarch – that he does not owe his wealth to political connections and is not in Mr. Putin’s pocket.

“I have never been to the Kremlin,” he said. “I’m self-made, please stop calling me ‘oligarch.’ … The second reason to exclude me from the list of oligarchs, I am no longer a billionaire.”

Forbes estimated his fortune has fallen more than US$5-billion since the start of the war, partly because of the sanctions against him. The magazine put his postinvasion worth at US$800-million.

Mr. Zelensky must relish the problems of the Russian oligarchs who own properties in Forte dei Marmi. According to various Italian, British and Ukrainian media reports, he bought his relatively modest villa in 2017, two years before the TV comedian became President, for about €3.8-milion through an offshore company. It reportedly has 15 rooms, a pool and a large garden. Local property agents said he could rent it in the summer for about €12,000 a month – a relative bargain. (Neither Mr. Zelensky nor his wife, Olena, have confirmed the villa is theirs).

Visited by The Globe and Mail, the villa is shielded by high fences and gates and looks unoccupied. Mr. Giannecchini and other residents say Mr. Zelensky has never been spotted in town. One Italian news site called him a “ghost tourist” in Forte dei Marmi. This year, at least, he has a good reason for staying away.

Ukrainian troops found evidence of atrocities when they took back Russian-occupied Bucha, Chernihiv and other areas in the north. Globe and Mail correspondent Nathan VanderKlippe explains what he saw there. Subscribe for more episodes.

On Russia and the rich

Analysis: The party’s over for Russia’s oligarchs

Stay or go? The dilemma of rich Russians in London

The Globe in Ukraine