When the Royal Family was mourning the death of the Duke of Edinburgh in April, the Earl and Countess of Wessex took a leading public role in sharing their memories of Prince Philip and thanking people for their condolences.

It was an indication of the expanding role the Queen’s youngest son and his wife are expected to assume in the wake of his father’s death. The controversy surrounding his brother, the Duke of York, as well as the departure of the Duke and Duchess of Sussex have also put the couple in the spotlight. The Countess is already considered a close confidante of the Queen, and Prince Edward has been involved in several causes that were important to Philip, including the Duke of Edinburgh’s International Award.

In an interview this week from his home in Bagshot Park near Windsor Castle, Edward reflected on the Duke’s rich life and said his loss has yet to fully sink in.

“When we get to Balmoral later on this year, fingers crossed everything is all right [with the pandemic], then that’s when we’re really going to notice his absence,” Edward said, referring to Balmoral Castle, the Royal Family’s holiday retreat in Scotland. “It’s just not going to be the same. … That will be when it really hits home, that’s when we’ll really notice it.”

Prince Philip: How his loved ones and the world’s leaders are remembering him

Edward recalled his father’s many interests – from design technology and the navy to conservation – and said Philip’s handiwork lives on at each of the Royal estates. “Frankly, most of the landscaping and everything else, the agriculture and everything, that’s down to decisions that he took when he was running those for years and years. So there’s a sort of living legacy there for a long time to come.”

Since the Duke’s funeral on April 17, the Queen and other members of the family have resumed most of their duties, but Edward said the past year had been a trying time for his parents. “Having led such extraordinary, busy and very public lives and then here they were being, in a sense, shut up and locked up and relying on cameras. I think we all found it a bit strange,” he recalled. “We live so close. So we tried to make an effort to go across and find ways of being able to shout [hello] out of the window. Because it was very difficult for both my parents.”

Edward has had a lower profile in Canada than other members of the Royal Family, but that’s likely to change as his duties increase.

He’s stepping into the limelight now to celebrate what would have been his father’s 100th birthday on June 10 by spearheading a “Founder’s 100” campaign to raise £25-million, or $42.7-million, over three years for the Duke of Edinburgh’s International Award. Edward has been deeply involved in the award program as a participant – he achieved a gold award in 1986 – and as chair of the trustees of the Duke of Edinburgh’s International Award Foundation.

“It seemed to be a natural thing for the award, which bears his title, to do something in his centenary year,” he said. “It was very much about trying to do something that would be a benefit to the whole association, across 130 countries.”

The Duke created the award in 1956 initially as a way for British boys to bridge the gap between leaving formal education at the age of 15 and joining what was then known as national service, a mandatory 18-month military stint for 18-year-olds. The award quickly evolved and today is open to boys and girls between the ages of 14 and 24.

There are three levels – bronze, silver and gold – which focus on developing new skills, volunteering, physical fitness and exploring nature. The award works in conjunction with other organizations, such as Scouts, and has expanded to more than 130 countries, including Canada, where it launched in 1963.

Roughly 20,000 Canadians participate in the award annually, and the organization hopes to raise $3-million as part of the Founder’s 100 campaign. The money will help expand the program in francophone and Indigenous communities and broaden its reach to more youth organizations. “We have a target to raise not only funds, but also grow our capacity by training adult volunteers to become award leaders who lead and mentor young people,” said Victoria Selano, the national director of development for the award in Canada.

The Globe and Mail is the media sponsor of the award in Canada.

Edward said the pandemic had been particularly hard on young people and he’s hoping the extra funding will allow two million more participants to sign up. “We want to be part of the recovery and show that non-formal education is really an important part of what young people do,” he said. “We have to really make sure that as we come out the other side [of the pandemic] the award is absolutely open to all. That means totally equal access.”

As well as taking on a more high-profile role within the Royal Family, Edward will inherit the title of Duke of Edinburgh one day. It formally went to the Prince of Wales after Philip’s death, but when Prince Charles becomes King he’s expected to regrant it to Edward as part of a commitment made by the Queen in 1999 when the Earl and Countess married.

“That’s a sort of bittersweet idea that he had,” Edward said, adding it was Philip’s request that his son become Duke of Edinburgh. “Essentially, unfortunately it means that both my parents have to die. It will be a difficult one to do.” 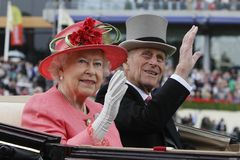 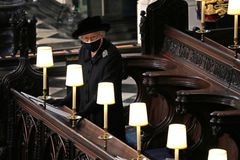