A British study involving seven COVID-19 vaccines has found that they all significantly increase immune response when used as boosters and that the Pfizer-BioNTech vaccine worked so well it could be given in half doses to increase global supplies.

The study, published in the medical journal The Lancet on Thursday, also showed that booster shots stimulated a strong response by T-cells – a key part of the immune system – to the Delta and Beta variants. Scientists said that bodes well for vaccine effectiveness against Omicron.

The T-cell data “gives us hope that a variant strain of the virus might be able to be handled – certainly for hospitalization and death, if not prevention of infection – by the current vaccines,” said Saul Faust a professor of infectious diseases at the University of Southampton who led the study involving a team of scientists co-ordinated by the University of Oxford’s vaccine research group.

Many governments around the world have been racing to launch booster-shot campaigns in the wake of the emergence of the Omicron variant, which was detected by South African scientists last week. There are concerns the new variant could be more transmissible than the Delta mutation, which has become the dominant version of the virus in most countries.

Britain plans to give a third dose to every adult by the end of January, while in Canada, Ontario and Alberta have expanded the eligibility for booster jabs. 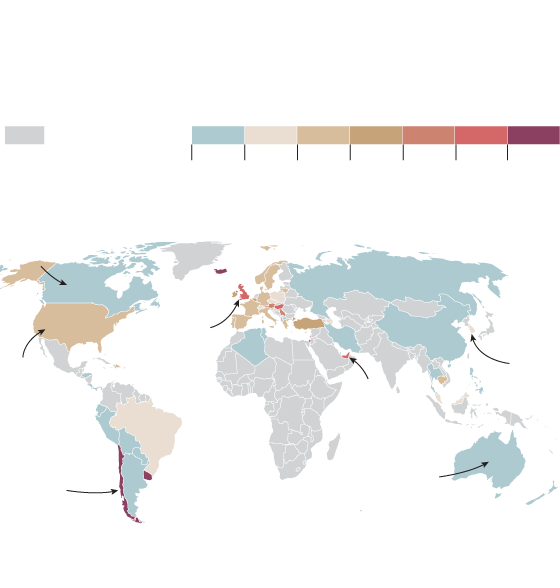 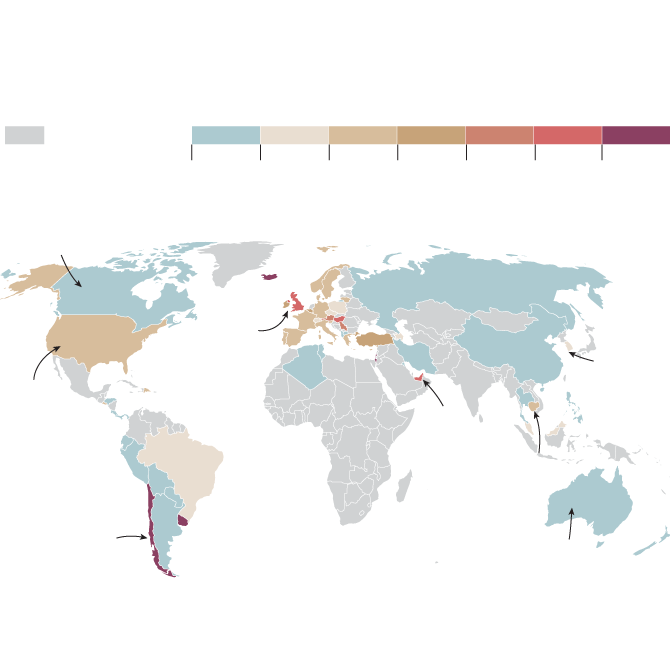 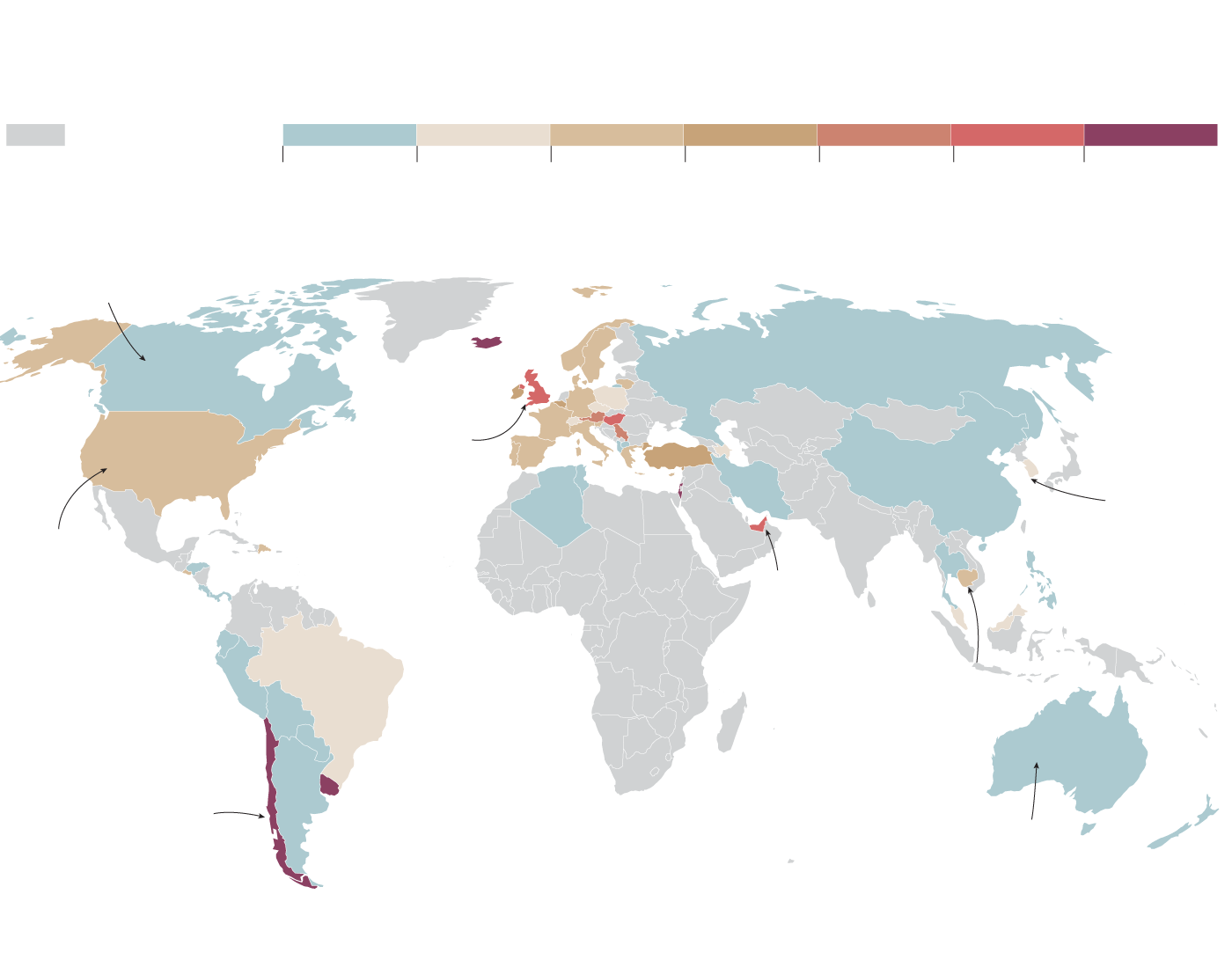 However, the World Health Organization has cautioned against the rush by rich countries to offer boosters since so many people in poorer countries have yet to receive one dose. “Our goal should be really to protect those who have not yet received their primary course of vaccination,” said Soumya Swaminathan, the WHO’s chief scientist.

The British study involved 2,878 people from across Britain who received two doses of either the Oxford-AstraZeneca or the Pfizer vaccines for their initial vaccinations. Participants were divided into groups and given booster shots after 10 to 12 weeks of either AstraZeneca, Pfizer, Novavax, Janssen-Johnson & Johnson, Moderna, Valneva or CureVac, which was withdrawn from development in October.

People 50 and over in Ontario can start booking booster shots on Dec. 13

We will never live in a COVID-19 free world again. Accept it

WHO warns of ‘perilous’ spread of Omicron around the world

The strongest combination came among those who had received two shots of either AstraZeneca or Pfizer and then a booster of Pfizer or Moderna, which both use messenger RNA technology

After 28 days those vaccines provided a 20-fold increase on average in the concentration of the antibodies which neutralize the virus.

Canada, Britain and several other countries are using Pfizer and Moderna in their booster programs.

However, the researchers pointed out that using any of the seven vaccines as a booster will provide substantial extra protection. “All of the vaccines in our study do show a statistically significant boost,” Dr. Faust said. Pfizer and Moderna were “very high, but there was a very effective boost from Novavax, Janssen and AstraZeneca as well.”

Dr. Faust added that a half-dose of Pfizer was enough to produce an immediate and very high response. That means supplies of that vaccine could be stretched further along with Moderna, which has already been approved in the United States for a half-dose booster. “You could, if logistics allow, take a view from this study that you could use half a dose of Pfizer. It’s just as good as a full dose of Pfizer or Moderna,” he said.

The T-cell response to the Delta and Beta variants was particularly encouraging, the scientists added. These cells work with antibodies and they also attack and clear cells that have been infected. And while antibody levels decline over time, T-cells can remain in the bloodstream much longer and serve as a surveillance mechanism to detect any reinfection.

There has been concern that Omicron could evade some vaccines because it contains more than 30 mutations to the virus’s spike protein. Most vaccines have been developed to mimic the spike protein and if there were too many changes to it, the virus could be unrecognizable to the immune system. However, Dr. Faust said that unlike antibodies, T-cells recognize larger portions of the virus beyond the spike protein. That could make Omicron less able to evade vaccines.

Several vaccine makers, including Moderna, have said that they could tweak or produce new versions of their shot relatively easily to attack Omicron or other variants. However, Dr. Faust said changing a vaccine would require careful study because the boosted immune system might not respond to the new version. “If you use a variant vaccine after boosting the population to very high levels, then you might actually do worse against the variant than just using the original vaccine against the variant itself,” he said.

Another study published on Thursday, in the U.S. journal Science Advances, pinpointed how a rare type of blood clotting has occurred in people after they received a first dose of the AstraZeneca vaccine.

The vaccine is based on a technology that takes genetic material from the COVID-19 virus and puts it into a common cold virus from chimpanzees that is harmless to humans. Once that harmless virus – known as an adenovirus – is injected into the body as a vaccine, it triggers an immune response to COVID-19.

The researchers, from the United States and Britain, said the outer surface of the adenovirus acts like a magnet for a protein in the blood called platelet factor four, which is important for clotting. Some people produce antibodies against that combination, which causes out-of-control clotting. This type of clotting has been linked to 73 fatalities in Britain out of roughly 50 million doses of AstraZeneca.

The scientists have identified the location where platelet factor four binds to the adenovirus, which could help AstraZeneca modify the vaccine to avoid the connection. However, it’s still not clear why some people are more susceptible than others.