As the world braces for a second wave of the COVID-19 pandemic, Iceland has emerged as a model for how a new outbreak might be contained – thanks to the work of a 71-year-old scientist who developed a novel testing program that other countries can emulate.

Iceland had one of the highest infection rates in Europe last March and seemed headed for a public-health nightmare. Today, the number of confirmed cases in the country has fallen to barely a handful and the death toll has been limited to 10 among a population of about 364,000. And all of that happened without a hard lockdown, as many schools, shops and restaurants remained open.

The government has grown so confident that last week it increased the limit on public gatherings from 200 to 500 and began welcoming international travellers with testing but not mandatory quarantine.

Much of that success is due to a quick response from the country’s public-health authority and a random testing program developed by Kari Stefansson, a neurologist in Reykjavik who has been analyzing human genomes for decades for links to diseases such as breast cancer and Alzheimer’s.

Dr. Stefansson’s company, deCODE genetics, has turned Iceland into a global hub for genetic research, and his work on COVID-19 is already being reviewed by scientists around the world. With the pandemic now receding in Iceland, deCODE has teamed with Canadian researchers to find a treatment for the illness. 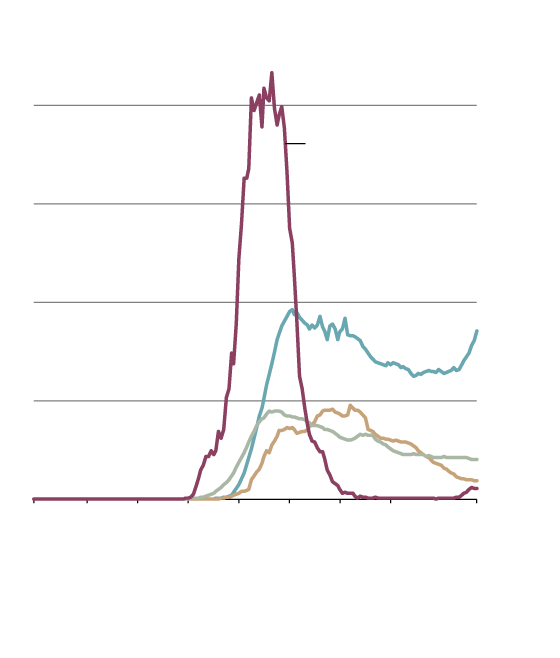 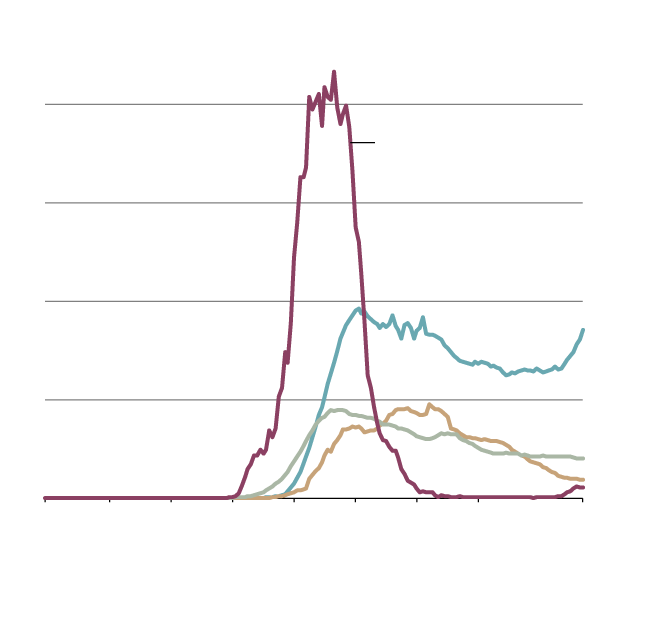 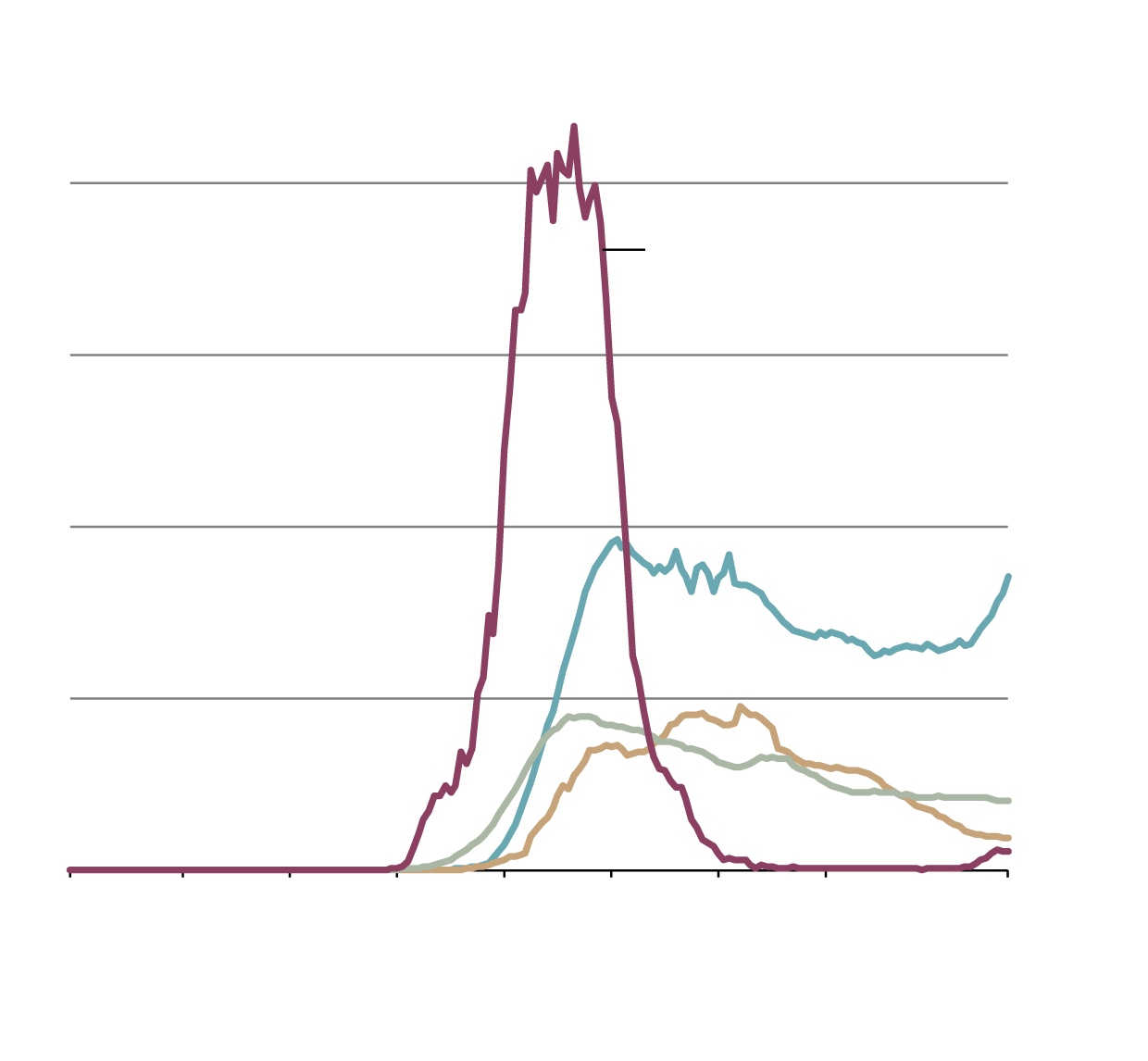 JOHN SOPINSKI/THE GLOBE AND MAIL, SOURCE: our world in data

“I’m a little bit ashamed at myself for how much I enjoy working on this,” Dr. Stefansson said in a recent interview. “But think about it: I’ve been working on the pathogenesis of all kinds of diseases for 40 years or more. And then all of a sudden, at the age of 71, into my lap falls a disease that we know nothing about. So yes, this was a lot of work. It required a lot of collaboration between all kinds of people. But the bottom line is that in addition to being difficult, it has been great fun.”

Dr. Stefansson has been a colourful figure in Iceland ever since he gave up an academic career in the United States in the mid-1990s and returned home to launch deCODE. Iceland was the perfect place to study genetics, given that almost everyone is related to the Vikings who settled the island 1,100 years ago. He immediately caused a storm of controversy when he persuaded the government to pass a law that compelled Icelanders to turn over their genetic information to deCODE. A legal battle ensued, and the law was eventually repealed, forcing the company to collect the information on a voluntary basis. Since then, Dr. Stefansson has collected genetic data on almost everyone in the country.

He became intrigued with COVID-19 in early March while driving and listening to a radio report about the estimated number of people in China who were likely to die from the virus. He couldn’t understand how that figure could be calculated without massive testing.

A few days later, he approached Iceland’s health authority about launching a random testing program across the country to find out how far the virus had spread. By then Iceland was facing a crisis. Scores of travellers had returned home from ski holidays in Italy and Austria and carried the virus with them. The country’s thriving tourism sector also meant many more cases were being imported.

The health authority had already started a testing program in late January. But as in most other countries, the screening was limited mainly to people who had been admitted to hospital.

The authority agreed to Dr. Stefansson’s plan, and on March 12 deCODE invited people to come forward to be tested. Within six weeks, the company and the health system had tested more than 50,000 people – roughly 15 per cent of Iceland’s population. That figure has since risen to more than 60,000, giving Iceland one of the highest rates of testing in the world. By way of contrast, Canada has tested about 6 per cent of its population.

By early April, deCODE’s random tests had uncovered more than 100 cases among people who had not shown any symptoms. The company also discovered early on that the virus had been quietly sweeping in from places such as Britain, which at the time was not considered a hot spot.

Everyone who tested positive was put into 14-day quarantine, and everyone they’d recently come in contact with was traced and tested as well. Icelanders were also asked to download a government tracing app called Rakning C-19, which records the phone’s location several times an hour. About 40 per cent of the population is using the app, and all visitors to the country must download it as well. International travellers can either submit to a test upon arrival or go into 14-day quarantine.

The testing and tracing system proved so effective that by May, Iceland’s infection rate had dropped dramatically. The country has seen a total of 1,824 cases, including 14 in the past two weeks. And no one with COVID-19 is in hospital.

“I think that the population screen that we did was of great value to identify individuals [not sick enough] to seek help from the health care system,” Dr. Stefansson said. “The consequence of that was the authorities that were implementing containment measures did it knowing what was going on rather than doing it in the dark.”

DeCODE, which worked for free on the testing program, did more than conduct tests. It also took samples of the virus to study how it mutates and affects different people. Some of that research helped determine early on that children are less likely to become seriously ill and rarely pass the virus on to adults. That gave the government confidence to keep most primary schools open and allow secondary students to return to class last month.

Dr. Stefansson said the company’s focus has now shifted toward antibody screening to determine how many people in Iceland have contracted COVID-19. So far 30,000 people have been screened, and several dozen volunteers who had the disease have donated white blood cells. DeCODE is working with its parent company, U.S. drug giant Amgen Inc., on using the cells to develop a therapeutic antibody at an Amgen lab in Burnaby, B.C. (Dr. Stefansson sold deCODE to Amgen in 2012 but remains in charge of the business.)

Kjartan Njalsson, Iceland’s assistant director of health, credits the massive testing and tracing effort for helping the country avoid a complete lockdown. “We didn’t really have to go into a hard lockdown because we knew that we had caught those early cases of the virus,” he said. “When countries initiate a hard lockdown it’s usually because they are in some trouble – they have maybe difficulty in estimating the prevalence of the virus in the population.”

Mr. Njalsson said the country isn’t being complacent – rather, health officials feel well prepared if there’s a new surge in cases. “We are certainly going to have more cases of COVID-19 – no nation has beat the virus. You can’t beat a virus unless you have a vaccine,” he said. “But we are not afraid of another outbreak.”

Peru giving up on coronavirus restrictions in face of sinking economy
June 25, 2020 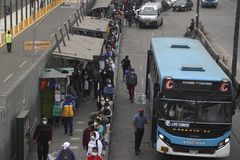 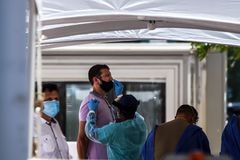 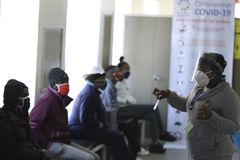