It’s low-paying, back-breaking work that few people want to do, but the British government is hoping to find 70,000 Britons who are willing to help farmers pick fruit and vegetables this summer.

The government launched the unprecedented effort this week with a patriotic slogan, “Pick for Britain,” and a message from Prince Charles, who urged the country to form a “land army” to come to the aid of farmers. “It will be hard graft but is hugely important if we are to avoid the growing crops going to waste,” he said.

The call to arms is certainly needed. British farmers have relied almost exclusively on seasonal workers from Eastern Europe for years, knowing full well that few Britons will stoop to such hard labour. But the COVID-19 pandemic has shut borders and cut off the regular supply of labourers. Now growers and the government are scrambling to fill the void by hiring locals.

The program has been aimed largely at people who have been laid off because of the pandemic and are on the government’s furlough program, which pays 80 per cent of their wages. That scheme has been modified so that anyone working as a picker can still receive their full furlough payment in addition to the money they make on farms.

“One thing is clear and that is that this year we will need to rely on British workers to lend a hand to help bring that harvest home,” Environment Secretary George Eustice said at the launch of the campaign.

But so far it has been a tough sell. While interest in Pick for Britain has been substantial, relatively few people have been hired and farmers still aren’t sure they’ll find enough workers. Initial figures show that of 50,000 applicants, just 112 people took a job and 900 turned down offers after learning about the rigours of the work.

“There’s a lot of anxiety among growers,” said Ali Capper, who runs an apple and pear farm near Worcester and also chairs the National Farmers’ Union’s Horticulture and Potatoes Board. “We’re worried about our harvest.”

British horticulture contributes more than £3-billion ($5.1-billion) a year to the country’s GDP.

Ms. Capper needs 70 workers for about two months when harvesting begins in mid-August. For years she has brought in people from Romania, Poland and Bulgaria. She’s not sure where they will come from this summer.

She has tried to hire locally before with little success. Last year she reached out to every high school within a 50-kilometre radius of the farm and offered seasonal picking jobs to graduating students who planned to take a year off before starting university. “We had 15 applications and three who started,” she said.

Jonathan Roberts of the Country Land and Business Association, which represents a variety of British farmers, said local hiring has picked up but it’s too early to tell if growers will find enough workers. “We’re taking a cautiously optimistic view because the picking season has barely got started,” he said. “June, July and August – that’s when you really need a lot more people.”

Even if furloughed workers take picking jobs, it’s hard to know how many will stick around for the entire season. Many will return to work once their employers restart, leaving farmers stuck. “That’s been the big challenge,” Mr. Roberts said. “People can’t commit to three months if they are on furlough.”

Farmers also face the challenge of training dozens of inexperienced pickers in an extremely short time. Soft fruits such as strawberries ripen quickly, and growers often have just a few days or even hours to get crops harvested.

“For people who haven’t done this work before there’s probably a drop in efficiency of between 20 and 30 per cent,” said Jack Ward, chief executive of the British Growers Association, which represents fruit and vegetable farmers. “You’ve got to plan accordingly or you’ve got to grow 20 per cent less crops.” That’s why most growers rely on the same crews of experienced workers every year and some pay bonuses to top performers who can bring their pay up to £20 an hour, or $34.00, which is more than double the starting rate for pickers.

Once the pandemic is over, British growers face another looming challenge: Brexit. Although Britain technically withdrew from the European Union in January, the country is still in the midst of a transition period that expires on Dec. 31. After that date, Britain will be formally out of the EU and workers from Eastern Europe will no longer have visa-free access, setting farmers up for a similar labour shortfall next spring.

“That’s the next thing,” Mr. Ward said. He added that at least farmers will be able to learn some critical lessons from the pandemic: “Whether we’ve got enough labour or whether we haven’t got enough labour.” 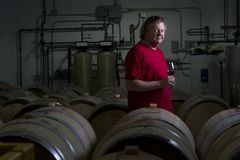 Quebeckers answer call to work on farms, but are they up to the task?
April 26, 2020 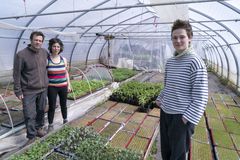