U.S. President Donald Trump is putting pressure on state and local governments to crush the country-wide demonstrations sparked by the death of George Floyd, a black man killed by a white police officer in Minneapolis last week.

Amid an escalating crackdown on protests against police brutality and racism, the United States is being gripped by political paralysis and infighting as America’s leaders struggle to resolve the crisis.

The most widespread protests in the U.S. in five decades have spurred no consensus on either the reforms necessary to address protesters’ demands or how to handle demonstrations that have often included property destruction and arson. And efforts to shut the protests down are often serving to further inflame them, with police measures only proving to demonstrators the need for reform.

At least 20,000 National Guard troops fanned out Tuesday across 29 states and the District of Columbia. More than 50 cities, including New York, Los Angeles and Minneapolis, extended curfews into Wednesday morning.

U.S. protests: A guide to the story so far, from George Floyd’s death to a national reckoning on racism

Donald Trump’s journey to authoritarianism is a well-worn path

As U.S. boils over, calls for Canadian justice ring out in House of Commons

Mr. Trump’s own harsher measures – including the tear-gassing of a peaceful crowd in Washington to clear a path for a presidential photo-op – are meeting with widespread condemnation.

The President took aim Tuesday at New York State Governor Andrew Cuomo, who has refused to call in the National Guard to quell the demonstrations. Overnight, protesters in Midtown Manhattan smashed up and looted numerous stores, including Macy’s. Police made close to 700 arrests.

“New York was lost to the looters, thugs, Radical Left, and all others forms of Lowlife & Scum,” Mr. Trump tweeted. “CALL UP THE NATIONAL GUARD.”

Mr. Cuomo in turn blamed New York Mayor Bill de Blasio, saying he and the New York Police Department “did not do their job last night” amid the “disgrace” of looting.

As protests raged in more than 140 cities across the country, dozens of demonstrators and police officers were injured, and at least two died. An African-American demonstrator was killed in Austin, Tex., when police fired projectiles into a crowd, while Las Vegas police fatally shot a protester who was heavily armed. In the same city, an officer was in critical condition after being shot in the head outside a casino. Four other officers were shot in St. Louis.

More than 5,600 protesters have been arrested across the country since the demonstrations began more than a week ago, according to the Associated Press.

In Mr. Floyd’s hometown of Houston, an estimated 60,000 peaceful protesters marched through the city’s downtown Tuesday afternoon as part of a memorial attended by 16 members of Mr. Floyd’s family. The march brought out founders of Black Lives Matter, several sports celebrities and religious leaders such as televangelist Joel Osteen.

Protesters largely obeyed the family’s request that the march remain peaceful. “I don’t want nobody to be protesting violently,” said Mr. Floyd’s brother, Philonise Floyd. “This is bigger than my brother. … We are trying to break the cycle right now. We’ve got this.”

In Washington, police arrested more than 300 people on Monday night and early Tuesday, charging most with violating the city’s 7 p.m. to 6 a.m. curfew. In Penn Quarter, some protesters smashed shop windows, and Metropolitan Police opened fire with tear gas, pepper spray and sting balls. A military helicopter swooped low to drive the crowd away with the downdraft of its rotors.

On Swann Street, in a residential area northeast of the White House, Rahul Dubey was standing on his front porch when police boxed in a group of protesters and opened fire with pepper spray. The crowd had nowhere to run so Mr. Dubey, a 44-year-old entrepreneur, threw open his front door and allowed 70 people to escape inside.

For more than eight hours, the two sides remained locked in a tense standoff. Police surrounded the home while Mr. Dubey sheltered demonstrators inside. Officers even shot pepper spray through the front windows, he said. Only after the city’s curfew lifted at 6 a.m. were protesters able to leave.

“Our country is hanging on by a thread,” Mr. Dubey said, standing at his front door Tuesday, an American flag flying from a window overhead. “It feels so fragile right now.”

Mr. Trump boasted on Twitter that “D.C. had no problems last night” because of the “overwhelming force” and “domination” federal and local police had visited on the city.

But the President took heavy fire over the treatment of peaceful protesters near the White House the previous evening. Riot police used rubber bullets, tear gas, batons, shields and horses to drive a non-violent crowd away from Lafayette Square across from the White House so Mr. Trump could cross it to pose for pictures, holding a Bible, outside St. John’s Church. The attack happened before the city’s curfew had even started.

On Tuesday morning, the President had another photo-op at the Shrine of Saint John Paul II in Washington. The city’s Catholic Archbishop condemned Mr. Trump’s visits as “baffling and reprehensible.”

“Saint Pope John Paul II was an ardent defender of the rights and dignity of human beings. His legacy bears vivid witness to that truth. He certainly would not condone the use of tear gas and other deterrents to silence, scatter or intimidate them for a photo opportunity in front of a place of worship and peace,” Wilton Gregory said in a statement.

Former vice-president Joe Biden, Mr. Trump’s presumptive Democratic challenger in November’s election, accused the President of “sweeping away all the guardrails that have long protected our democracy."

“We must be vigilant about the violence that’s being done by the incumbent president to our democracy and to the pursuit of justice,” he said in a speech in Philadelphia.

The previous Republican president to hold office before Mr. Trump also weighed in on the protests Tuesday.

“This tragedy – in a long series of similar tragedies – raises a long overdue question: How do we end systemic racism in our society?” Mr. Bush wrote. “The only way to see ourselves in a true light is to listen to the voices of so many who are hurting and grieving. Those who set out to silence those voices do not understand the meaning of America – or how it becomes a better place.”

Australia’s foreign ministry, meanwhile, said it would investigate after video showed two of the country’s journalists being beaten by police at Lafayette. Reporter Amelia Brace and cameraman Tim Myers were punched, hit with batons and shields, gassed and shot with rubber bullets.

And governors of both parties rejected the President’s threat to send U.S. military into their states.

“We know the Texans can take care of Texas,” said Governor Greg Abbott, a Republican. Ohio’s Republican Governor Mike DeWine said the response to protests should be left up to state and local law enforcement. “I think this is the way Ohioans want this to be handled,” he said.

Their comments echoed those of Nevada’s Steve Sisolak, a Democrat, who rejected the notion that his state was ill-equipped to handle the protests. “To suggest that the authorities in Nevada … are unable, have failed, or refuse to secure and protect the residents of the State of Nevada and their rights, privileges and immunities is misinformed.”

Some officials, however, offered a glimmer of hope, promising concrete action to fight racism and brutality.

Six police officers in Atlanta were charged with excessive force stemming from the arrest of two college students on Saturday. The mayor of Louisville, Ky., fired the city’s police chief over the death of a local restaurant owner killed in a shootout between protesters and law enforcement.

In Minnesota, Governor Tim Waltz announced an investigation into whether the Minneapolis Police Department had engaged in widespread racial discrimination over the past decade.

And Illinois Governor J.B. Pritzker pledged to enact sweeping policy changes to address racism in his state. “Real change, structural change, comes from protest paired with policy. That means police reform,” he said. “That means sustained economic investment in black and brown communities across our state.”

At Lafayette Tuesday, where demonstrators gathered near a 12-foot security fence closing off the park and keeping crowds more than a block away from the White House, there was also hope that the sheer persistence and scale of the upheaval would finally force reforms.

“I’m seeing a lot of participation from other races, and there’s attention globally,” said Kemah Brock, 25. “Everyone is coming together.” 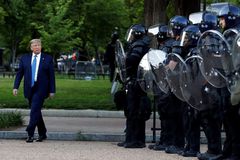 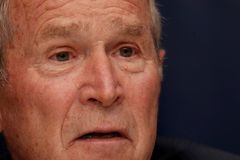 As U.S. boils over, calls for Canadian justice ring out in House of Commons
June 3, 2020 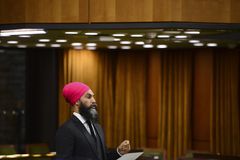