Bharati Mukherjee's territory is cultural shock. Born in Calcutta, she has been chronicling the traumas of displacement for more than four decades. She is a marvellously accomplished writer, and her new novel represents not only a new departure but also the latest instalment in a substantial and satisfying body of work. For readers new to Mukherjee's fiction, this is a rich vein to mine.

Miss New India is the final volume of a magisterial trilogy, and it tells the coming-of-age story of Anjali (or Angie) Bose, a young woman attracted by the bright lights of Bangalore. The catalyst is rape by the man her parents have chosen as her husband, but the influence of a well-intentioned American teacher, Peter Champion, has already had her dreaming of a brighter future in India's IT capital.

Characters' names connect the old India and the new, and also help to distinguish between the two. In Mukherjee's fiction, Tara is a favourite name. The Tara Banerjee Cartwright of the early novel, The Tiger's Daughter (1972), finds herself struggling on a visit home to Calcutta, while the Tara Chatterjee of Desirable Daughters (2002) and The Tree Bride (2004) is a central character in the trilogy.

Another character central to the trilogy is Chatterjee's ancestor, Tara Lata, who was a child under the British Raj. Hers is the story of what happens to a five-year-old child bride when her 12-year-old betrothed dies en route to the wedding. That itself is a breathtaking story, but Tara Lata's is also the story of how widowhood freed her from the constraints felt by most women of her time. This story has everything and nothing to do with Miss New India - and with Mukherjee herself.

You don't have to have read either Desirable Daughters or The Tree Bride in order to enjoy Miss New India, but the new novel is so good and written so beautifully that you will want to read its predecessors too. If the trilogy chronicles a rich and complex history that reaches across distant continents and eras, Miss New India not only makes sense of India's digital age; it brings worlds of tradition and change together in ways that illuminate each.

The new novel presents a compelling account of young people washing up in the call centres, coffee shops and bars of today's Bangalore. There are no scenes here set anywhere outside India, but American culture and values have never played a bigger role in Mukherjee's work than they do here.

And Mukherjee herself has never seemed younger than she does in Miss New India. She gets it all right: Anjali's need for friends, for a boyfriend, for a cellphone and for a safe and affordable place to live, which turns out to be the Raj-era mansion where she boards under the controlling eye of Minnie Bagehot. Anjali is taught how to handle irate call-centre customers and how to neutralize her accent. She adopts American music and slang and she invents an American biography for herself.

When news of a terrorist incident involving another Bagehot girl hits Bangalore, furious locals storm the mansion, and Anjali finds herself unable to identify herself convincingly to the police. Her rude awakening to the precariousness of life in the new India leads to a breakdown from which she eventually emerges. Among those she has to thank for this are Tara Lata's descendents, including Chatterjee's son Rabi and her sister Parvati. Though Anjali's India is new, it is still India. And though Miss New India is a departure, it is happily still the work of Bharati Mukherjee.

Linda Leith's most recent books are the memoirs Marrying Hungary (2008) and Writing in the Time of Nationalism (2010). 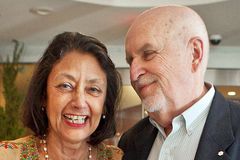 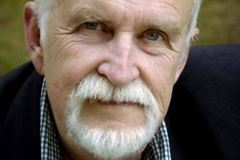