The cookbook author known as the Barefoot Contessa is back with her 11th book. Ina Garten spoke to The Globe by phone about her newest book Cook Like A Pro, the cookbooks that first inspired her, and the myriad sins of the many, many bad ones out there.

Don’t worry it happens a lot with two first names. But you must get that a lot, with Ina and Ee-na?

I’ll actually answer to either.

Not usually. If somebody on the street calls me Ee-na, I just say to myself, that’s what people call me in France! Ee-na’s close enough.

Keeping it simple: Lessons from an Ottolenghi brunch

Okay, Ee-na. In your new introduction, you mention classic cookbooks by Craig Claiborne, Louisette Bertholle, Simone Beck and Julia Child. You say they inspired you. But how did you end up choosing them in the first place?

When I first got married, Craig Claiborne’s New York Times Cookbook and The Joy of Cooking were the books that everyone used. I think Claiborne was revolutionary because his book had two or three recipes on a page, it was really easy to use and, for the time (I was married in 1968), it was very international and sophisticated. It had Indonesian things and Italian things. At the time, people were only cooking American food. Then two or three years later, when I went on my camping trip and I discovered French food, I came back and bought Julia Child’s book.

What made these books the best books to learn from when you started out?

I found them really easy to follow: The directions were clear, there weren’t shortcuts that made the recipes worse. It was the way it needed to be done and you ended up with a dish that was just delicious. A lot of what I look for in a cookbook, and I think other people do as well, is a recipe you can trust. You know that if you follow the instructions, you’ll end up with something really good.

What does a bad cookbook do?

There are so many! A bad cookbook isn’t specific about ingredients. One of my pet peeves is season to taste – you really don’t know what that is until you learn how to season things. Another thing bad cookbooks don’t do is give you specific instructions. It might say four cups of basil, but you don’t know how much basil to buy. Is that one bunch or two? I actually like to take people to the grocery store and watch them shop. Once I took a friend and gave him a recipe for pesto, which seemed straightforward to me. But when I got there the first question he had was: dry basil or fresh basil? He didn’t even know where to look. I thought, wow, it would never occur to me to make pesto with dry basil. So from that moment on, whenever I write “basil,” I write “fresh basil.”

So is Cook Like A Pro about au courant recipes and techniques, or is it going back at classics again?

So my style of cooking has really never changed. I’m always looking for remembered flavours. You’ll never see something with octopus or liver from me. I want you to turn the page and go, that sounds delicious, like roasted carrots with orange and grated orange zest. You know immediately before you make it what it’ll taste like. When you go to a restaurant, you’re looking for something exciting and challenging. When you’re cooking at home you want something simple and delicious. Maybe you want a new twist on roasted carrots, but nothing that requires you to make a demi-glace first. The “cook like a pro” thing is more about tips I’ve learned in professional kitchens that people can do at home, like how to cut a cauliflower without getting it all over your kitchen.

With so many different books and blogs and places for recipes these days, how does the Barefoot Contessa stand out in such a large pack?

I remember when my first book came out, I went to a bookstore to see it and I thought, what in the world was I thinking writing a cookbook? There were already so many cookbooks then. But I think especially now when you can get anything free online, that it’s even more important that you trust my recipes and you know I’ve done the work.

So how does the landscape feel to you now?

I have to say, I never look at what other people are doing. I just kind of stay in my own lane. Right now I’m working on rice pudding.

You don’t let other people’s work influence you, or you don’t keep up with trends at all?

I’m certainly influenced by what people do. Somebody like Jean-Georges Vongerichten. You’ll see in this book there’s a salted caramel ice cream sundae that was inspired by something I had in his restaurant. He has an extraordinary gift for taking something simple and making it really special. I don’t think there are really any new ideas, I just think it’s about putting something new together and connecting the dots in a way that no one ever thought of doing.

Do you really think there are no new ideas?

I mean there are new ingredients. When I came across truffle butter, that was great. When I came across sriracha, it’s something I use a lot now. But new ideas don’t interest me that much. Like foams – that’s restaurant stuff. This is home cooking, and I can’t say I’ve come across a really new idea in a long time.

Should there be optional ingredients in recipes? If in your panna cotta you say you should have two tablespoons of Grand Marnier, but if someone prefers a different liqueur or even no liquor at all – is that a bad thing?

No of course not! But will it taste as good? I don’t know, I’ve worked really hard to make sure it tastes as good as it could possibly be. I think, physiologically, each of us has a different sense of taste. My feeling is once you’ve bought the book, it’s your book and you can do whatever you want with it. You can tear out the pages, you can write on the pages, you can modify the recipes, you can do anything you want. I’m just giving you a starting place. If you don’t like coffee, don’t put it in the chocolate cake. But just try it with the coffee first and see if you like it.

Ina Garten will appear in conversation April 11 at the Sony Centre for the Performing Arts in Toronto. ticketmaster.ca 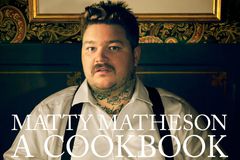 Keeping it simple: Lessons from an Ottolenghi brunch Subscriber content 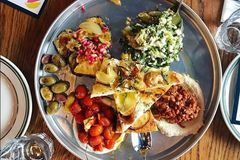