The 2017 resurgence of the #MeToo movement, originally launched by activist Tarana Burke in 2006, has ensured that publishers of every genre dip a toe into what one might call “trauma content." Writers who would normally support famous figures accused of sexual assault without a second thought are now expected to integrate a question about feminism’s watershed moment into every interview they do. Sports broadcasters, food, arts and fashion critics, even brands, celebrities, politicians and spokespeople who’ve never trained in the dynamics of journalistic reporting (or bothered to learn about trauma) are all forced to portray an interest in sensitivity, wringing out the experiences of survivors until their findings align with what they think they’re supposed to say. As a result, commentary around sexual assault often becomes obscured by ratings-motivated ambiguity.

The efforts to sterilize the conversation around sexual assault have resulted in both an uptick in accountability and the ripened opportunity for duplicity – handing an easy vocabulary to those who want to be seen as allies. It’s also turned sexual assault into a media-content strategy, in which details must be shared tastefully enough that readers are not made so uncomfortable they click away. But when we prioritize engagement over accurately and wholly retelling the experiences of survivors, we lose the most important thing, which is to understand. The aftermath of sexual assault – how it feels to push through the weeks and years that follow, the physical intrusion of triggers, how one rebuilds or does not rebuild – are almost always missing from these stories.

All of this is why Whatever Gets You Through: Twelve Survivors on Life After Sexual Assault, a new essay anthology edited by Canadian writers Stacey May Fowles and Jen Sookfong Lee, feels at once victoriously cathartic and maddening in its familiarity. Those who already have conversations about sexual assault around dinner tables and over Instagram messages, whose jaws no longer drop at disclosures of what abusers have done, will read the book’s varied accounts and likely not undergo a transformation of politics. Because we already know. On the other hand, those who fall into the category of knowing sexual assault exists somewhere out there, but not really caring about it, should be mandated to read this book, its contents a comprehensible venture into what is felt by many, but rarely permitted the time and room to be told without translating for doubt and palatability.

Is it better being married or single? A fresh controversy lays bare the anxieties that still persist about women’s lives

The trauma of sexual assault is persistent. Whatever Gets You Through shows women find surprising ways to cope

“The daily reality of surviving violence is not the stuff of headlines nor our collective sympathies, yet it is where some of the bravest and hardest work is done,” write the editors in the book’s introduction. “ … So many of our popular narratives of sexual assault seem to end with either justice or the marked absence of justice. … Rarely do these stories, whether real or [in fiction], touch on how we walk the long road that follows, and all that journey entails. … Despite all of our recent conversations, how enlightened we collectively claim to be, a great deal of the very heavy burden of moving forward from sexual assault still lies with those who have been harmed.”

In Whatever Gets You Through, 12 writers describe how various experiences of abuse have affected their lives. Told explicitly, these are the perspectives we rarely hear in full. The anthology’s monumental triumph is in the unfiltered agency of its writers. For some the conduit is rage, for others a sophisticated wisdom afforded by years of therapy. It isn’t meant to be a panacea or a self-help book. It is simply a collection of experiences, a choir of all of us, its harmony a shared wound healed by empathy. There’s no apex, no justice. The book is an array of ways to live when recompense is withheld and closure becomes a DIY endeavour.

"The survivor becomes a personality for consumption, a political symbol for use in debate. The more sensational or cathartic the story, the more validation the survivor receives, so long as she remains within the boundaries of social acceptability. … This is survivorhood as performance under capitalism,” Kai Cheng Thom writes. “It leaves no room for the kind of silence that is healing, for relationships that are authentic, for stories that are complex. It demands the objectification of survivors, holding them to a standard of behaviour and political correctness that is impossible to maintain.”

Whatever Gets You Through should be a reformatory for pseudo-logicians of rape myths. “I never wanted to be a survivor, a girl who writes about trauma,” writes Gwen Benaway, overturning the idea that writing about gender and survival is a one-way-ticket to prosperity. “The bruise on my arm was so tender it hurt to reach diagonally across my desk to answer the phone,” writes Lauren McKeon of going to work the day after a violent incident. In a culture that accuses people of faking abuse for some nebulous concept of attention, here we have a writer who, like many, simply said nothing and went right back to work. In another essay, Karyn L. Freedman writes of her partner heading for the guest bedroom because she, many years after an assault, turns the lights on to read, because she is unable to sleep. “The trauma that results from terrifying life events over which we have no control is profound. It changes us in fundamental ways,” Freedman explains.

It is undeniable that sexual assault is discussed more openly and frequently than it was even two years ago. But there is still very little room for trauma survivors to express themselves as completely and acutely as the writers in these pages have been able to do. The everyday vignettes of negotiation, the micro-ire and major retrogrades that punctuate the lives of survivors, are omitted when we simplify and sanitize the aftermath of abuse, and when we wrongly assume that time is some kind of catholicon. With complexity, Whatever Gets You Through also illustrates that life after trauma can be lived well, even when progress is not linear. "Trauma and healing and desire and discomfort are not at odds with each other,” Amber Dawn writes. “ … Indeed, nothing we are is at odds with another thing that we are, so long as we consciously invite everything in. … We can be everything, and we can be everything together.” 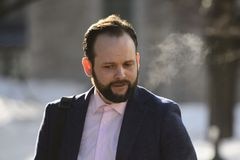 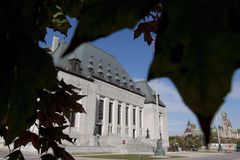 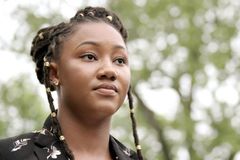