What is a movie theatre to do in a movie theatre-less world? For some shuttered Canadian cinemas, the answer to such an existential question has been to swap a bricks-and-mortar reality for a virtual one. Major chains such as Cineplex have redirected customers to online stores, art-houses have partnered with indie distributors to offer virtual screening rooms, and some mom-and-pop operations are offering takeout snacks to offset huge losses.

For the Toronto International Film Festival and its year-round Lightbox multiplex, the temporary solution can also be found online – though with a twist emblematic of TIFF’s balance between independent art and Hollywood comfort. Launched less than two weeks after it closed its Lightbox doors because of COVID-19, TIFF’s Stay-at-Home Cinema series has been combining the forces of the organization’s programming team with its industry connections and recent partnership with Canadian streaming service Crave.

For more than 20 evenings now, TIFF programmers have been holding online conversations with actors and filmmakers on Instagram, which precede the “screening” of a film on Crave – the idea being that audiences stuck at home can start the movie at the same time, sharing commentary with fellow cinephiles and experts over TIFF’s social-media channels.

The series kicked off March 27 with The Princess Bride, director Rob Reiner’s beloved fantasy that had its world premiere at TIFF in 1987. TIFF artistic director and co-head Cameron Bailey spoke with star Mandy Patinkin about the film’s legacy, before viewers were invited to stream the movie on Crave and continue the conversation online. Since then, everyone from Ethan Hawke (Before Sunrise) to Catherine O’Hara (Beetlejuice) to Kristin Wiig (Bridesmaids) to Danny Boyle (Slumdog Millionaire) have participated.

“It’s about producing an experience of comfort,” says Bailey, who will talk with actress Geena Davis about her 1992 baseball classic A League of Their Own May 19. “We’re all stressed out, and it’s a tough time for everybody. This is a way to bring something familiar back into our lives, and keep connected to our audience.”

“When we closed the building, it was a question of, ‘Oh god, what do we do now, and what do we do really well?’" adds Joana Vicente, TIFF’s executive director and co-head. “We curate films and give them context, so let’s keep doing what makes TIFF what it is.”

While the series’ mix has leaned toward Hollywood – and is dependent on Crave’s rights catalogue – there has been a commitment to Canadian (Firecrackers, Away from Her, Anthropocene, The Twentieth Century) and international (Pan’s Labyrinth, Crouching Tiger, Hidden Dragon) titles.

“We want to make sure the lineup reflects who we are and our commitment to new voices, so we try to strike a balance,” Bailey says.

The program has boosted TIFF’s online presence and social-media impressions, with the conversations each earning around 5,000 live viewers, and some netting upward of 16,000 once they are archived online. It is harder to tell if the series has delivered a boost to Crave’s viewership – “We don’t have hard numbers from Crave because they’re doing lots of different things to amplify their films,” Bailey says – but #TIFFAtHome has regularly cleared the trending bar on Twitter Canada.

While Stay-at-Home Cinema isn’t a revenue-generator, its relatively quick launch has helped TIFF drill down on its digital strategy, which will be a critical part of its annual festival, still set for September.

“In a way, we’ve made more progress on our digital strategy in the past eight weeks than we have in years just because we’ve been forced to think that way and prioritize that,” Vicente says. “We’re obviously thinking about what kind of festival we can have – it’s less our decision than it is about what the restrictions are around what we can do. But we definitely feel that the festival will have a strong digital component.”

More details on what the 45th edition of TIFF might look like will be announced in mid-June. Until then, there is a sense that the COVID-19 crisis has helped the non-profit face challenges that were inevitable, pandemic or not.

“One silver lining of this whole crisis is that ... necessity is the mother of invention,” Vicente says. “We need to solve challenges and make decisions quickly, and I think we’ve made a lot of progress. The organization was a bit siloed, and certain things have been done one way for a long time. This shook things up. For Cameron and me, it’s an opportunity to define what our organization is going to look like.”

TIFF’s Stay-at-Home Cinema series continues May 16 with Crazy Rich Asians and May 19 with A League of Their Own (tiff.net) 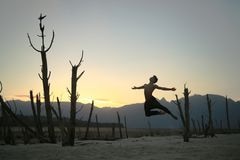 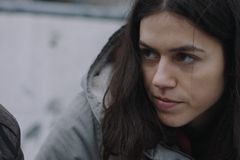