Super Bowl LII was full of surprises, and that's not counting the big game. I believe it was the Eagles who triumphed in the end – while Justin Timberlake was undoubtedly the evening's biggest loser – but I was far too busy fretting about how my Sunday evening and very-early Monday morning were flipped upside down by Netflix.

Taking its role as a digital disruptor to a new and extremely literal definition, the streaming giant ran a "surprise" ad during the Super Bowl announcing that a) hey, it acquired a new Cloverfield spinoff that was set to be theatrically released by Paramount in just three months and b) it would make it available for subscribers ... tonight. As soon as the game was over, in fact, at about 10:20 p.m. ET. If the 100 million or so viewers watching the game planned on staying up to dissect that new Solo: A Star Wars Story trailer, or perhaps stick around for NBC's big This Is Us episode, or even do the unthinkable and head to sleep, well, sorry: Your plans have changed.

Or, mine did. Mostly because I've been following the curious saga of The Cloverfield Paradox for years. Once upon a time, screenwriter Oren Uziel simply wrote a sci-fi screenplay that had nothing to do with producer J.J. Abrams's Cloverfield films – a franchise that's a riddle, wrapped in a mystery, inside an enigma.

"I don't know exactly when it became a Cloverfield movie, but I suspect in this current market where it's just harder and harder to market an original movie of any kind, a science-fiction movie in particular, I think everyone just knew if it fits – and it does – into that Cloverfield world," Uziel told the Collider website last summer. "It can only help."

Not quite. Despite Abrams retrofitting Uziel's story – then entitled God Particle – into the Cloverfield Cinematic Universe (let's call it Cloververse for short, and for easy chuckles), the movie kept bouncing around the release calendar. Paramount pledged to release the film almost a year ago, on Feb. 24, 2017. Then it was shifted to Oct. 17. Then to Feb. 2, 2018. Then forward to April 20.

The hop-scotching could generously be chalked up to Abrams's favoured "mystery-box" approach, in which a film's promotion is so enigmatic and weird that audiences can't help but pay attention to the 4D game of marketing chess that's being played. Or, you know, the film was just bad and Paramount was burying it.

But one studio's crisis is another's opportunity, which brings us to Netflix's unprecedented decision, and why I – and likely millions of other subscribers across the globe (the company will never give us an exact number because of a long-held policy of keeping its viewership stats to itself) stayed up later than Tom Brady's depressed entourage to watch The Cloverfield Paradox.

Was it worth the bleary eyes and grumpier-than-usual Monday morning disposition? Not quite.

Taking place before the events of Matt Reeves's 2008 film Cloverfield, in which hip New Yorkers were smooshed by giant monsters in the found-footage style of the time, director Julius Onah's sorta-prequel looks at how those beasts made their way to Earth in the first place. Essentially: Blame science, and take a page or three from the scripts for Alien, Event Horizon and Pacific Rim.

Hoping to find a solution to the planet's energy crisis, a group of international astronauts (led by a stern David Oyelowo, a testy Daniel Bruhl and an Ellen Ripley-esque Gugu Mbatha-Raw) experiment with particle acceleration high above the Earth. After 600-odd days of trying, they succeed in solving the "Cloverfield Paradox" – ah, finally we have a reason for the first film's heretofore arbitrary title – but somehow make the Earth disappear in the process. Oh, and they may have unleashed monsters from other dimensions into the Earth's temporal plane. Oops.

Yet Onah's film is less about Earth-bound monster mayhem and more a gory and formulaic outer-space thriller about isolation and devastating odds. If you saw last year's by-the-numbers space-station movie Life, you've seen The Cloverfield Paradox, just with less Ryan Reynolds and more Mbatha-Raw – not the worst thing in the world.

Indeed, the movie is strongest when playing around with the performative tics of its talented cast than when it tries to explain the whys and wherefores of the Cloververse. Onah uses the inherent claustrophobia of a space station to his advantage, edging his characters into tight corners both figurative and distressingly literal, but his true talent is in wringing strong turns from actors stuck with stock characters.

Uziel's screenplay has some clever geopolitical ideas – though it's hard to tell how many of those came before or after it was Cloververse-ified via a tour through Abrams's magical mystery factory – but its twists feel routine, its narrative spine limp and its conclusion especially rushed.

Ultimately, though, it doesn't even matter whether The Cloverfield Paradox is a good movie or not, thanks to Netflix, it is an instant industry game-changer.

While some Hollywood players on Sunday night applauded the decision to surprise subscribers with a worldwide day and date release with no advance ads, trailers or even copies available for review, it only reinforces Netflix's stance as an enemy of the theatrical experience, and an insatiable gobbler of creative work.

Like most films either produced or acquired by the company, The Cloverfield Paradox will almost totally bypass theatres (no Canadian theatres will exhibit the film, though it could open in China, where Paramount retains rights to the film). Its Super Bowl roll-out aside, the film could quickly fade from Netflix subscribers' memories and homepages, floating to the bottom of the service's black hole-like catalogue. An intriguing – though certainly flawed – work gets turned into just another piece of content to drive subscriptions.

This is especially depressing given that The Cloverfield Paradox (or God Particle) was, just days ago, one of the few 2018 major-studio releases from a director of colour, and starring one of the most diverse casts in recent genre memory. Imagine how much Onah could have used the opportunities that come with a traditional theatrical release (or even a half-hearted Netflix release) – including press junkets, advance screenings, audience-awareness campaigns from clips and trailers, etc. – to showcase his filmmaking story, like every director of every studio movie has ever had the privilege of doing, whether their film was good or not.

A Netflix release ensures a massive audience – almost 100 million subscribers – but because it refuses to divulge its viewership data, because it seems to routinely bury original content, because of last-minute stunts like this, is it a company invested in the creative process and the work of a filmmaker? Will it do anything for Onah's ability to make another movie? To ensure his name becomes a household one?

For now, that's a mystery too big for even the Cloververse to solve.

The Cloverfield Paradox is available now on Netflix 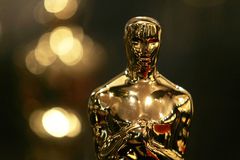 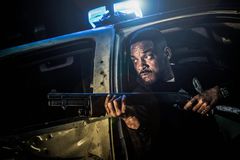 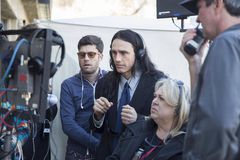