Last year, the Academy Awards found a slight antidote to its #OscarsSoWhite controversy in host Chris Rock, who used the opportunity to quickly and thoroughly eviscerate the industry that stood before him. "If they nominated hosts," Rock cracked in his opening monologue, "I wouldn't even get this job." The performance only got more pointed and ferocious from there, with Rock's turn at the mic the lone highlight of an evening that otherwise revelled in the staid and lily-white.

This year, the Academy Awards gained some much-needed diversity when it came to its nominees, but lost the incendiary touch that Rock lent to the proceedings. Instead, we got Jimmy Kimmel, America's obnoxious older brother just home from freshman year, who treated Hollywood and the world to a set of Borscht Belt yuks and de-fanged Trump jokes.

"We're being broadcast around the world in more than 225 countries that now hate us, and that's an amazing thing," Kimmel riffed at the beginning of his monologue, the closest he would come to saying anything topical or remotely dangerous.

Related: The highs and the lows (and one big blunder) at this year's Academy Awards

Explainer: Everything you need to know about how the big Best Picture blunder happened

Instead, audiences were treated to about 10 minutes of gentle celebrity ribbing ("Mel, you look great, I think the Scientology is really working"); hammy Hollywood-is-phony standbys (Hollywood "doesn't discriminate based on what countries people come from, we discriminate based on age and weight"); and the lightest dancing around of Donald Trump since Jimmy Fallon flatlined at the Golden Globes ("I want to say thank you to President Trump. Remember last year when it seemed like the Oscars were racist?").

Oh, and as most anyone could have anticipated, Kimmel also took some time to extend his 12-year-long "rivalry" with Matt Damon, which was pretty fun if your surname was Kimmel, Damon, or Affleck (and even then, perhaps that's a stretch.)

To be fair to Kimmel, hosting the Oscars is the most thankless job in Hollywood. Even if, like Rock, you turn in a fiery, memorable performance, you might still rankle too many delicate Hollywood feathers to be invited back. Those who do a perfectly adequate job, meanwhile, tend to take themselves out of contention (Hugh Jackman, Ellen DeGeneres) before they risk turning into Billy Crystal (charming the first three times, not so much the following five). And then there are those who flat-out bomb, whether they're to blame (Anne Hathaway and James Franco) or they were simply ahead of their time (you may have a Freudian response to "Oprah, Uma. Uma, Oprah" but trust me, David Letterman was a secret genius in 1995).

Or maybe playing Oscar host is the second-least rewarding job in Hollywood, right behind acting as ringleader at the Emmy Awards – which is exactly what Kimmel did this past fall, making him the first person to host both ceremonies in the same cycle. His job there didn't exactly scream "Oscar," though. Sure, he was smooth and spontaneous enough, and had a few truly great zingers – to former prosecutor Marcia Clark: "This must be very strange for you. Are you rooting for O.J. to win this time?" – but it was a night of bubble-wrap comedy: everything felt just a bit too neatly packaged, too safe, too ephemeral.

In arguably the most political year of the Oscars' lifetime, producers Michael De Luca and Jennifer Todd had every option to lean in toward something resembling an edge – they didn't hire Kimmel, after all, until December, long enough to recognize that Donald Trump would be a talking point come awards season. If not Rock, for whatever reason, then why not one of the many late-night personalities who live and breathe the current culture? Samantha Bee, John Oliver, Stephen Colbert, Trevor Noah, even Conan O'Brien (who has somehow never hosted).

In contrast, Kimmel is like a slightly elevated Fallon or James Corden – an affable yuckster with no real agenda, or even a point of view. Which is exactly what this year's awards needed: a drive that went beyond the desire to comfort, placate and, make *NSYNC jokes (the less said about Justin Timberlake's opening dance number the better, though I thought this year we were supposed to avoid promoting anything called Trolls?).

(The more cynical among us can point to network synergy being a prime motivator in Kimmel's hiring. After all, his late-night show airs on ABC, which also broadcasts the Emmys and the Oscars. Yes, the decision ultimately rests with De Luca and Todd, but the latter is also president of Pearl Street Films, the production house of Ben Affleck and… Matt Damon.)

But just as America ended up with Trump in the White House, the Academy landed Kimmel on its stage, and had to swallow its pride and smile (even Meryl Streep was roped into things, though perhaps she's happy to have her name involved in anything other than her bizarre dress feud with Karl Lagerfeld).

Will Kimmel be invited back? That may be simply a game of ratings. After last year – in which viewership hit an eight-year low – the show has little place to go but up. Yet perhaps the best indication of Kimmel's performance can be found in his monologue's end-note Trump riff: "We're at the Oscars, the Academy Awards! Some of you will get to come up on stage and give a speech that the President will tweet about in all caps during his 5 a.m. bowel movement tomorrow!"

Bowel movement, eh? Yes, that seems about an apt summary of Kimmel's material.

Oscars 2017: See the top red-carpet looks from the big show 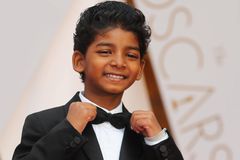 The Oscars and the myth of Hollywood endings 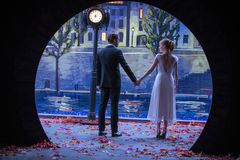 The Oscar race: a month in the hype machine 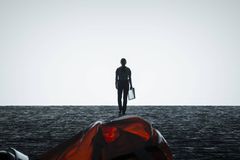