Events Transpiring Before, During, and After a High School Basketball Game

Written and directed by Ted Stenson

A sad-sack basketball team, dramatic drama kids lurking in the subplot, and a lot of Matrix discourse: Ted Stenson’s debut feature film is for most of us who went to high school in Canada in exactly 1999.

Inspired by Stenson’s own awkward experiences playing on a middling team in his youth, Events Transpiring Before, During, and After a High School Basketball Game is a more realistic – purposefully mundane – slice of teenage life. There’s no flash or raunch to be found, as in a typical Hollywood teen movie; no inspirational underdog, nor even much of a basketball game, which cheekily takes place off-camera. As one character puts it, “This is high-school basketball in Calgary – I never expected to get dunked on.” Events is a mumblecore-esque, dialogue-heavy film about the nerds and weirdos who viewers could likely pick out of their own high-school yearbooks.

The said nerds and weirdos are played by mostly first-time or amateur actors. A few standouts include third-string point guard Joel (Ben Arthurs), who’s obsessed with the just-released blockbuster The Matrix and explaining existentialism to his teammates (future Joel is definitely obsessed with Waking Life in a couple of years). Then there is drama student Danica (Ivy Miller) who plots to disrupt the basketball game in protest, after the school shuts down her provocative plan to hang an effigy of Jean Chrétien at the end of King Lear – as a criticism of the patriarchal bias of the school system, obviously.

The combination of less-experienced actors with a deadpan script is hit-and-miss. The naturalistic performances give the feeling of real high-school students, but at times that vibe veers more toward high-school drama production. That disparity is rendered even starker when adult referees and coaches are added to the mix. Andrew Phung (Kim’s Convenience) is the life of the film as assistant coach Brent, who grows ever more perturbed that his desire to run NBA coach Phil Jackson’s famed Triangle Offense goes unheeded by Coach Davidson (Paul Cowling, who bears a resemblance to Jackson). But Phung’s seasoned comedic energy felt like it belonged in a different film altogether.

What holds the movie together is the decision to shoot on location. Stenson, who funded Events through the Telefilm Talent to Watch program in 2018, made a point of securing his former stomping ground, Queen Elizabeth High School in Calgary. His frames linger on hallways, on lockers, on all that mid-century design that is so emblematic of Canadian secondary schools. What Stenson captures is the visceral memory of walking the same halls every day for years, trying not to get dunked on.

Film Review
Thrilling doc The Rescue is the only Thai cave drama the world will ever need
October 7, 2021 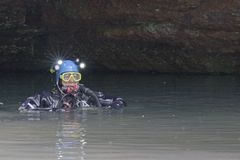 Film Review
Thrilling No Time to Die is the Bond we’ve been waiting an entire pandemic for
October 7, 2021 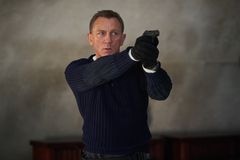 Film Review
The Addams Family 2 isn’t quite creepy or kooky enough to put viewers in the true Halloween spirit
October 1, 2021 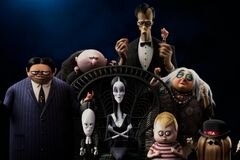