And the Birds Rained Down

Is it possible to exist only for ourselves? And the Birds Rained Down, a film written and directed by Louise Archambault and based on the acclaimed novel by Jocelyne Saucier, forces us to answer that question. Quietly, beautifully and sometimes uncomfortably – much like the story itself. When two women arrive at a remote hotel amidst a sprawling Quebec forest threatened by fires, both change the lives of the men they meet. Touching, heartbreaking and dangerously thought-provoking, And the Birds Rained Down will force you to re-examine your relationship with yourself, the world around you and the people you love. (Opens Jan. 24 in Toronto)

Color out of Space

Color Out of Space predominantly features Nicolas Cage ranting insanely about his pack of prestige alpacas who are slowly becoming poisoned by an extraterrestrial life force. And if you’re looking for a film during the slow theatrical season of late January, you could do far worse. This is a crazed alien invasion horror movie that puts up a brave front as a family drama, faithfully adapted from a 1927 short story by H.P. Lovecraft. It represents a comeback for filmmaker Richard Stanley, who has a flair for finessing an over-the-top theatrical performance and creating monstrosity out of anything. (Opens Jan. 24)

Panga focuses on Jaya Nigam (Kangana Ranaut), a former national kabaddi champion who gave up the sport that was once her first love for the sake of her family. At the age of 32, a time when other players are thinking of retiring – as Jaya’s mother (Neena Gupta) archly remarks at one point – Jaya wants to make a comeback. “Phir se panga lene ka mann kar raha hai,” Jaya says to her best friend and former teammate, Meenu (Richa Chadha). Roughly translated: She wants to mess with life again. Although Panga hits all the marks of a pleasing family entertainer, you wish it could have truly lived up to the potential of its name. (Opens Jan. 24)

Writer/director Guy Ritchie arrived in 1998, bullets whizzing, with the catchy crime caper Lock, Stock and Two Smoking Barrels. In The Gentlemen he returns to his crime-caper roots, but with a grown-up movie this time – more talk than action, and less insistent on giving the audience visual whiplash. Ritchie’s subjects here are aging bucks who are hoping to cash out. The movie isn’t about anything, really, other than “white guys get away with stuff.” A tinge of racism and homophobia almost-but-not-quite ruins the enjoyment. But see it for the actors, gnawing away at the scenery, wearing fabulous costumes and hurling insults at one another that would do Armando Iannucci proud. (Opens Jan. 24)

Written and directed by Todd Robinson (Phantom, Lonely Hearts) and starring a who’s who of Hollywood heavyweights such as Samuel L. Jackson, Ed Harris, Sebastian Stan and Christopher Plummer, this homage to Vietnam War veterans comes with its own mission – to set the record straight about a real war hero almost forgotten in the annals of history. In giving U.S. Air Force pararescueman William H. Pitsenbarger (Jeremy Irvine) his due, The Last Full Measure occasionally meanders into the maudlin, reined in by a cast that lends some gravity to the melodrama. (Opens Jan. 24) 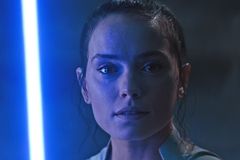 Film Review
Your weekly guide to the latest film reviews, including people-pleaser Just Mercy, shallow Underwater and simplistic Like a Boss
January 9, 2020 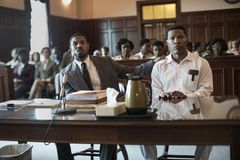 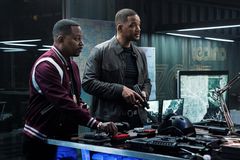