A documentary built on the oddball German director Werner Herzog’s intimate conversations with former Soviet Union head of state Mikhail Gorbachev is strangely effective and affecting. In Meeting Gorbachev, an adoring Werner’s flowery questions are suffered courteously by the candid Gorbachev. (Opens May 17 in Toronto, Vancouver and Waterloo, Ont.)

Adapting Harry Martinson’s epic 1956 poem of the same name, Aniara’s first-time directors Pella Kagerman and Hugo Lilja craft a horrifying tale about what happens to the inhabitants of a giant Mars-bound spaceship after the vessel is thrown off-course. Yet as the ship’s guests and staff seek comfort in sex and violence, Kagerman and Lilja stop short of conjuring a bracing or even halfway original vision. (Opens May 17 in Toronto)

As in the past two Wick go-rounds, John Wick: Chapter 3 – Parabellum finds our hero again facing a veritable army – the film picks up exactly from where the previous one ended, and no, you don’t need to know anything more than “a bunch of guys are trying to murder Keanu” – and again he dispatches them with killer timing. The action choreography is excellent in its brutality, and though fight-scene exhaustion is a permanent threat in these kinds of films, Chapter 3 takes a lickin’ and keeps on tickin'. (Opens May 17)

One Day in the Life of Noah Piugattuk

One Day in the Life of Noah Piugattuk is based on the actual story of the real Noah Piugattuk — he is shown briefly in a 1992 interview at the end — the last Inuit to abandon a traditional, semi-nomadic life and move into a Canadian-built settlement at Igloolik in the North Baffin region. Sitting somewhere between renowned director Zacharias Kunuk’s more sweeping fictions (Atanarjuat: The Fast Runner; Maliglutit) and his documentary work, the film restages the encounter between Noah and Boss, the government agent. (Available on iTunes)

Much of Mike Leigh’s Peterloo is designed to incite anger and frustration. In reconstructing the massacre of pro-democracy protesters by British troops in 1819 Manchester, Leigh is blatantly channelling modern political rage. Watching the elite mow down those fighting for their basic human rights should incite all variety of fervour, though, and the climactic moment of violence feels as visceral and effective as the director’s best, albeit traditionally smaller-scale, work such as Secrets & Lies and Naked. (Opens May 17 in Toronto and May 31 in Montreal)

The Sun Is Also a Star

Based on the young adult novel of the same name, the film adaptation of The Sun Is Also A Star is a maelstrom of young Hollywood’s ambition to force new cultural narratives into the fortified genre of romantic teen comedy. The film features small screen heavyweights – Yara Shahidi (Black-ish and Grown-ish) as Tasha Kingsley, and Charles Melton (Riverdale) as Daniel – and offers a familiar premise: Can they beat the odds stacked against them to fall in love in 24 hours and prove the validity of destiny? (Opens May 17)

A Dog’s Journey, while a satisfying enough sequel to 2017’s A Dog’s Purpose, is not destined to live on as a classic in wet-nose cinema. The basics involve Clarity June (or C.J.) – a girl with a dog, a doting pair of farmer grandparents and an alcoholic single mother. As she grows older, a series of dogs – different forms of the same tail-wagger’s soul (voiced by Josh Gad) – look after a girl who grows up to be a singer-songwriter with stage fright. (Opens May 17)

Like the many flora and fauna populating the title property in The Biggest Little Farm, John Chester’s film is a little bit of everything. It begins as a cute and wholesome slice-of-life documentary, chronicling Chester and his wife Molly’s ambitions to leave their tiny Santa Monica apartment to start a farm that “co-exists with nature.” But then, by the hour mark, it’s merely a giant commercial for the couple’s 200-acre Apricot Lane Farms in Moorpark, Calif. (Opens May 17 in Toronto and Vancouver)

This Is North Preston

In the new documentary This Is North Preston, director Jaren Hayman rests his shallow focus on the oldest and largest black community in Canada – North Preston, N.S. – and local up-and-coming rapper and vocalist Just Chase. Clocking in at just over an hour, the films draws more from music video direction than it does documentary filmmaking. (Opens May 17 in Toronto and Halifax) 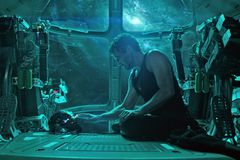 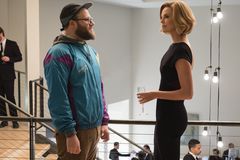 Film Review
Movies opening this week: Give me a P for Poms and Pokémon: Detective Pikachu Subscriber content
May 9, 2019 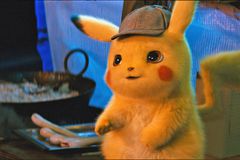