When Vancouver's Wintermitts set out on a cross-country tour of small venues last spring with an old suitcase full of merchandise, they sold the usual T-shirts, professionally packaged CDs of their latest studio album, Océans, and this time something new: crafty, silk-screened poster cards with unique codes that allowed the buyers to download MP3s of the band's bilingual roots-rock songs. The CDs cost $10; the download cards were $5.

"We actually intentionally priced them way lower than the CDs to discourage CD sales and encourage folks to go digital," says multi-instrumentalist Aaron Pettigrew, "as we all agreed that most people these days buy a CD and use it only once, when they rip it to their computer. That seemed wasteful, so we tried to push the digital option."

Digital accounted for the majority of worldwide music sales for the first time in 2011, lending support to Pettigrew's guess that the band would sell about half the 150 CDs they brought, and roughly the same number of download cards. "What actually happened was that we sold out of CDs and sold about three posters," he said. "We actually just started giving away the posters near the end of the tour."

While a significant portion of music buyers remain committed to the CD format, recent figures show a recording industry in transition. In the scramble to recover from piracy-related losses that gutted music industry sales by half in the 2000s, the industry is encouraged by new ways of delivering music to consumers, such as paid downloads and newer, subscription-based streaming services.

In the first six months of 2012, while overall U.S. CD sales were down nearly 12 per cent from last year, to 91 million units according to Nielsen, digital unit sales saw a jump for both albums (13.8 per cent) and single tracks (5.6 per cent). The result was a four per cent increase in overall music sales, to $853-million.

Globally, the most encouraging signs for the industry can be found in on-demand music streaming services such as Spotify, Rdio and Deezer. Verified revenue and subscriber figures are hard to come by, but an analysis of 2011 EMI Insights data by strategist Mark Mulligan says such services have a 32 per cent penetration rate in the worldwide music market.

Another estimate, from global recording industry body IFPI, said 8.2-million people were subscribing to these services in 2010, a number that had grown to more than 13-million by the end of 2011. Spotify alone says it has four-million paying subscribers worldwide.

Perhaps the most illuminating case study comes from Sweden, where streaming made up 89 per cent of all digital music sales in the first half of 2012. In practical terms this means made-in-Sweden Spotify is cannibalizing download sales (which are down 14 per cent) as much as CD/vinyl/cassette sales (only down 2.2 per cent), but it should be noted that the recovery of the Swedish industry is unusually strong overall. While conditions may be too unique in the wealthy, digitally connected Scandinavian country to draw broad conclusions, they suggest that the subscription format is growing.

Spotify has yet to enter the Canadian marketplace, but Mulligan's analysis says streaming service penetration in Canada is already at 26 per cent on the strength of Rdio, rara.com, Slacker Radio and others. The appeal for consumers, says Marisol Segal, Rdio's executive director of marketing and content, centres on music discovery and having instant access to a vast library of songs.

"That's digital music's challenge: There is all this music, more music than ever," Segal says. "How do you help someone figure out how to find the music that they like?"

As Martin Mills of the U.K. label Beggars Group told the Telegraph last week, the "friction-less" experience that streaming services offer – which often includes online sharing tools and personal, public playlists – makes it easy to try new songs or dig into an artist's back catalogue. Yet Mulligan found that only 11 per cent of consumers in Canada said they discover new music thanks to streaming services, well below the percentages in the U.S. and Europe.

According to Mulligan, streaming customers can become download customers too: 23 per cent of them in Western Europe and North America say they pay for more music downloads.

Despite the encouraging trends, music subscription services still represent only a small slice of the revenue pie. The CD may be in decline, but it's still the single most popular music format.

"I've stuck with CDs," says Toronto researcher Simone Newstadt, who says she's most comfortable playing CDs on her stereo. She adds that nostalgia plays a role: "I like my kids to be able to see the words, and see the artwork, which is something that you can't really get when you're downloading or streaming music."

But Segal says Rdio is working on that too, which means it may not be long before streaming services overcome any resistance CD buyers have to converting. 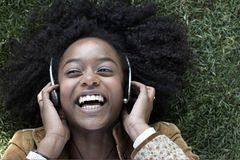 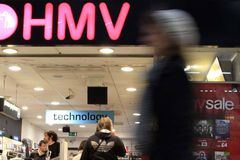