Free speech: What good is it? The question makes many of us dazed these days.

A notable moment in this wearying month was the online publication of A Letter on Justice and Open Debate by Harper’s magazine. Some 153 writers, artists, academics and journalists denounced an alleged current climate of “intolerance of opposing views, a vogue for public shaming and ostracism,” and worse. The letter was viewed by many as the fatuous, tone deaf and whiny complaint of an elite who cannot themselves tolerate the rightful complaints of minorities.

The tolerance issue has long been gnarly. John Milton’s Areopagitica, a central text on the need for tolerance in expression and publishing of ideas, reads nicely until you come to the part where he jaws on about the “extirpation” of Roman Catholicism. Tolerance is grand, except when it comes to Catholics and their ideas. These days, especially in the United States, freedom of speech is grand until you consider Alex Jones.

United States of Conspiracy (Tuesdays, PBS 10 p.m. on Frontline) essentially disembowels Jones and the conspiracy theories he spreads through his media empire InfoWars. It portrays Jones as the worst man in America and it is a vital, troubling program.

It’s a profile/biography, really, and perhaps the only understatement in it is this: “As a boy in Texas, Jones was known as a trouble maker.” The program opens with footage of Jones on air on election night in 2016, with Roger Stone at his side, gloating about the election of Donald Trump. From there it goes back to explain his rise and rise again, and his influence on U.S. politics.

He began decades ago, with a late-night public-access cable show in Austin, Tex. He would spout conspiracy theories about “lizard people” hiding in the general population. A local politician in Austin remembers that people would get high and watch Jones for the entertainment value. He eventually went into radio and was syndicated, his rants about government conspiracies being popular with young men. He was part of what was called “dude radio.”

Many radio stations dropped him when he asserted that the 9/11 terrorist attacks were “an inside job.” Undaunted, Jones took his conspiracy rants to the web, and thrived. Across multiple platforms he spewed his theories about secretive government forces working to control people’s minds, government actions to control the weather and the U.S. government’s work using chemicals to turn people gay – something called a “gay bomb” had been devised by the Pentagon.

Along the way, Jones became very rich. One of his former staff says Jones was making “rock star” money from the ads that came with millions of clicks, and the merchandise he sold. A turning point of sorts came in 2012 when he claimed the mass shooting at Sandy Hook Elementary School, which left 26 dead, including 20 children, was a hoax to allow the government to impose strict gun laws, and that the families of the victims were “crisis actors” employed by the government.

His loopy rants became deeply sinister when his followers began harassing the families of the victims. The program includes interviews with some of them, who have lived in hiding since followers of Jones sought them out and threatened them. Even staff at InfoWars were disturbed and advised him to back away. He didn’t. His wife divorced him and in the program she suggests he’s mentally unstable. Journalist Jon Ronson asserts that Jones has a serious personality disorder.

Thing is, Jones became a legit celebrity and an immensely powerful influencer. Stone recognized that and cultivated Jones as a vehicle for getting Trump elected. Trump went along, praising Jones for his support.

Among other acts, Jones perpetuated the so-called “pizzagate” conspiracy. It asserted that Hillary Clinton and her campaign chairman, John Podesta, were involved in a child abuse ring anchored in a pizzeria in Washington, D.C. This prompted a Jones follower to travel to Washington armed with a rifle and fire multiple rounds into the pizzeria. As one expert on the history of conspiracy theories notes, the notion of powerful people gathering in secret to abuse children has an ancient history.

The Frontline program will be viewed by some, in these dizzying days of argument, as biased, partisan and intolerant. And yet it’s a fact that Alex Jones has had a dangerous impact. He has caused terrible harm, especially to the Sandy Hook families. He has influenced Fox News and Donald Trump, whose veering from one unsupported claim to another, was emboldened by Jones. Should Jones be tolerated and allowed to express as he wishes? Watch the program and good luck attempting an answer. 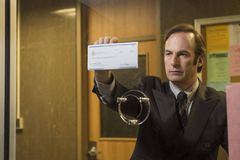 John Doyle: Mary Tyler Moore and the influence of innocuous TV
January 27, 2017
John Doyle: Viceland’s Desus & Mero aims to change late-night TV landscape
January 17, 2017
Follow John Doyle on Twitter @MisterJohnDoyle
Report an error Editorial code of conduct
Due to technical reasons, we have temporarily removed commenting from our articles. We hope to have this fixed soon. Thank you for your patience. If you are looking to give feedback on our new site, please send it along to feedback@globeandmail.com. If you want to write a letter to the editor, please forward to letters@globeandmail.com.
Comments