Blink and you’ll miss this summer’s most riveting, riotous show on television.

Succession (HBO Canada) needs to be watched to be believed, because on paper it sounds like the biggest dud ever greenlit to premium cable. Snooze at the prospect of spending 10 episodes following the exploits of the ultra-rich Roy family and their power plays within the Waystar Royco media empire. But 10 hours later, you shall be converted. There is catty sibling rivalry that is equal parts Arrested Development and Whatever Happened to Baby Jane; filial backstabbing that makes King Lear look tame by comparison (related: grown men reduced to crying man-children); the bluest language; many bodily fluids and comic levels of drug consumption, often at the same time; meltdowns over frozen pats of butter; and the best board meeting ever committed to tape – a roll call has never been more fraught.

In one memorable scene, frenemies Tom – the charming Mr. Darcy-playing Matthew Macfadyen, rendered the family sycophant – and cousin Greg – Nicholas Braun, playing wide-eyed and broke – head to a posh supper club, Tom intent on treating Greg to the complete opposite of his preferred dinner choice, California Pizza Kitchen. Enter the 1 per cent of the 1 per cent of luxury food: deep-fried ortolan, a soft-boned bird best consumed whole with a napkin draped over one’s head. It’s an elite treat for those who can afford it. It is a tremendous sight gag for viewers.

“This is like a rare privilege, and it’s also kind of illegal,” Tom intones with hushed reverence. “If I eat any more songbirds I’m going to hurl,” says Greg.

Watching Succession is much like eating ortolan. It feels like a rare privilege to discover something so good. You will also witness many illicit acts. And you may hurl, in a good way, at the show’s masterful blending of comedy with high tension.

You still have time to catch up on Succession on demand – along with, it seems, the rest of the critics on Twitter. As the first season wrapped up earlier this month, one of the most popular sentiments from laggards went something like: “WHY did NO ONE tell me SUCCESSION is so f-ing GOOD.” While everyone was off on vacation, no one had expected much from a show that premiered in the dead of TV’s June schedule, even if it did have a heavy presence at the Television Critics Association press tour last winter.

As The Globe’s John Doyle reported at the time, executive producer Adam McKay described the show as being about “dynastic congealed wealth.”

Based on this premise, I suspect many critics dismissed Succession as yet another damning portrayal of the white and wealthy. Succession immediately drew comparisons to network rival Showtime’s own program about elites run amok, the Damian Lewis-starring Billions. It too has an iconic ortolan-eating scene. And in the past 12 months, we’ve had both film and TV treatments of the Getty kidnapping story, where playing “who acted harder?” with the casts – Hilary Swank or Michelle Williams? Brendan Fraser or Mark Wahlberg? Donald Sutherland or Christopher Plummer subbing for Kevin Spacey? – was more fun than actually watching Trust or All the Money in the World. Lumped into this rather homogeneous genre, Succession frankly offers no new revelations on the ways capitalism rules.

I like to think Succession’s true line of, well, succession, comes through TV’s mini-boom of awful people in killer comedies, and in particular those featuring unlikeable women. There are the savage but struggling comedian friends in Julie Klausner’s Difficult People (Hulu), the selfish but well-meaning couple in Sharon Horgan’s Catastrophe (Amazon), the snarky but vulnerable female protagonist of Phoebe Waller-Bridge’s Fleabag (Netflix) and the Julia Louis-Dreyfus tour de force that is Veep (HBO). Not that we haven’t had awful people on television for forever. Look no further than Larry David, the granddaddy of them all behind Seinfeld (NBC) and Curb Your Enthusiasm (HBO). But there’s a very obvious reason why David’s usual surefire punchlines landed awkwardly in last year’s Curb revival: There are no women in his writer’s room.

It’s taken female creatives to bring a modern moral compass to the funny business of being bad. The above shows have the prerequisite zingers for days. Where they’ve surpassed the Larry Davids of the world is in crafting characters with fully functional inner lives. Sitcom writing traditionally offers black-and-white verdicts on the consequences of bad behaviour. After nine seasons of putting themselves first, Jerry and the gang are plopped into a jail cell in the obvious finale of Seinfeld. By the end of a Curb episode, it’s a given that Larry David will receive his comeuppance for his stubborn ways. Now, things are more evolved, more grey. Bad people are humans, too, who don’t fail in the exact same way every week. Comedy is the vehicle, but more subtle explorations of jerkery’s consequences is the engine of a great show in 2018. While Succession is the baby of Jesse Armstrong and executive producers McKay and Will Ferrell, it is telling that nearly half the episodes, in particular those leading up to the midseason climax and the aftermath, are written by women: co-executive producers Lucy Prebble (Secret Diary of a Call Girl) and Georgia Pritchett (Veep), Anna Jordan and staff writer Susan Soon He Stanton do their part in guiding the story’s emotional arcs.

Succession has succeeded at turning a mostly male family of sardonic cheats and liars into sympathetic people to root for. Kieran Culkin’s Roman Roy may be an under-qualified sociopath who would suggest you have intercourse with a Bloomberg terminal if you love work so much, but you genuinely want him to prove his worth to father/CEO Logan Roy (Brian Cox, who has definitely played King Lear). To go along with even bigger daddy issues, Kendall Roy (Jeremy Strong, the quiet star of the show) is a recovering addict on the verge of relapse, but you cheer on his many bumbling attempts to unseat dad in this corporate Game of Thrones.

Siobhan “Shiv” Roy (Sarah Snook) is a fascinating portrait of the daughter. Shiv believes herself above her brothers' puerile ambitions – her barbs are the show’s politest – but her internal conflicts are just as twisted. Is she an in-demand political consultant because of her family, or in spite of them? Is she marrying the right person for her, or the wrong person for her career? The ensemble gathered here – the rest of the family, company employees, hostile business rivals – is considerable and they all get equal attention. There will be winners and losers and I will fight you if you aren’t on Team Kendall.

The final piece of Succession’s formula is its subversive format. At 60 minutes per episode, with its verité cinematography à la McKay’s Oscar-winning The Big Short, casual channel-surfers would mistake it for a ho-hum prestige drama. It’s rather a dark dramatic comedy in sheep’s clothing. What the generous pacing and serious setting allow for is that aforementioned exploration of consequences writ large. Stanton, a veteran playwright, has her fingerprints all over the mid-season climax. So you’ve spent six episodes masterminding ways to usurp your own father in the C-suite? Well it’s time to bring all your chips to the board meeting. Betray him to his face. The scene is a maximal display of tension, anxiety and everything one should feel on the precipice of eviscerating one’s own blood. One moment viewers are laughing at wisecracks, the next a pivotal set piece suddenly trades easy jokes for a nest of nervous laughter as the board meeting crescendos. It’s brilliant comedy sharpened to a shiv.

I do have one complaint: I have no more episodes of Succession to watch. So I’m envious of you, dear reader, who can still gaze upon an ortolan for the first time, and hurl.

Editor’s note: An earlier version of this article highlighted the work of Susan Soon He Stanton. In fact, three other women – Lucy Prebble, Georgia Pritchett and Anna Jordan – also wrote episodes of Succession.

The Enthusiast: I love Ryley Walker’s music, but his tweets? He’s a social media mastermind
August 17, 2018 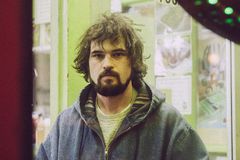 The Enthusiast: On shuffling and swing dancing and learning to hear music with my body
August 10, 2018 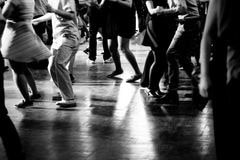 The Enthusiast: TV critic John Doyle on how he came to adore opera
August 7, 2018 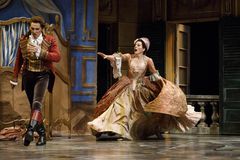