In this prestige-TV era there’s a template for reviewing and assessing big-ticket productions. The reviewer must look for seriousness, for what is illuminating as well as entertaining. Fault must be found with pacing and plotting. Some reviews these days read like scorecards by judges in figure skating: marks for technical merit and marks for presentation. What this expunges is ambition. What it tends toward is online snark.

Hollywood (Netflix from Friday) is going to suffer negative reviews in this climate. The slogan used to sum up the series is this: “What if you could rewrite the story.” And what creator Ryan Murphy, working with his Glee co-writer Ian Brennan, is doing is warm-hearted, angry and wildly ambitious. The result is mercurial, inspiring, at times profound and at times hilarious, like few things you’ve see before. This is for the discerning viewer.

Murphy and his team look at post-Second World War Hollywood, find it rife with sexism, racism and homophobia, and then ask: What if those containments and prejudices were tossed aside and the victims forged a new narrative? That narrative is then dramatized. It’s a fantasy and it means heartfelt speeches and outcomes that we know are unlikely. It’s not an easy sell in these hard-bitten times, when the impact of a prestige TV series is measured by some metric that compares it to the grotesque interest in Tiger King or the fevered consumption of Ozark.

It’s post-war LA here, teeming with young people looking to break into the movie business. They practically storm the gates of the fictional Ace Studios. One among them is Jack Castello (Davd Corenswet), a handsome war vet paying the bills pumping gas. His boss (Dylan McDermott doing a great, cynical sleazeball) informs him that he can earn extra by “serving” certain customers with more than gasoline. We are introduced then to Hollywood as a glorified brothel.

Jack intersects with various Hollywood figures, including up-and-coming director Raymond (Darren Criss), who has to answer too many questions about his ethnicity, and aspiring screenwriter Archie (Jeremy Pope), who black and gay. There is also Raymond’s girlfriend, Camille (Laura Harrier), a gifted black actress stuck playing the role of maids in movies, and Roy Fitzgerald (Jake Picking) who, as it happens, will become Rock Hudson. Plus there’s Jim Parsons from The Big Bang Theory as an outrageously foul-mouthed agent and Rob Reiner as a maniacal studio head.

The series is a gorgeous, wholly original take on Hollywood mythmaking and, in turn, it creates its own myth. You will like that myth or be put off by its sometimes stirring sincerity. It floats airily and compels, then shifts to anger. Either way, you’ll know you’re watching something unique and thought-provoking. Bravo to all involved.

Also airing thus weekend: Betty (Friday, 11 p.m. and HBO-on-demand/Crave) is a new six-part series, a spinoff from the cult movie Skate Kitchen, made by Crystal Moselle, about female skateboarders in New York City. More observational than dramatic, it is filmed with enormous panache, in a vivid style that contrasts with the mostly mundane group conversations among the characters. As such, it’s an expressive slice of life about a teenage subculture. It’s the kind of series that could only be made now, for a small audience. Most viewers will come away struck by the eloquence of the look and the colour if it all.

Billions (Sunday, 9 p.m. Crave) returns for Season Five: “Bobby Axelrod reaches a major milestone. Chuck struggles to get his bearings, and he and Wendy navigate a new normal. Tensions are high at Axe Cap as Axe faces off against new rival.” Same as it ever was, in the insider-trading, male toxicity game.

Finally, this column continues with a “stay-at-home-period daily-streaming pick.” Today’s pick is Crashing (Crave), a comedy/drama series, with a premise that grows from gimmick to existential question. Pete Holmes stars as a version of himself, a clean-material comedian who tries to stay true to his conservative religious upbringing. Conflicts and some laughter ensue in many episodes. But as it progresses, Holmes’s entire existence and central beliefs are challenged, to often uproarious and sometimes poignant results.

Holmes’s character, a former evangelical, sees stand-up comedy and laughter as a way to serve God. Then comes a crisis in his life and an unravelling. There is humour, obviously, in a religious man falling into debauchery, but there is more substance to the story than that. The question “What is the meaning of life?” hangs over the series like a fog. And if the answer to that question is “laughter,” that’s not enough. 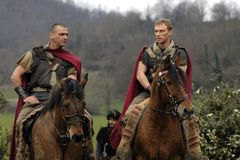 Opinion
How to be good: Ricky Gervais explores it all in more episodes of After Life
Subscriber content
April 28, 2020 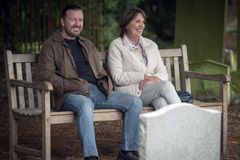 Opinion
Miss soccer? Here are 11 soccer documentaries and dramas from around the world to stream
Subscriber content
April 29, 2020 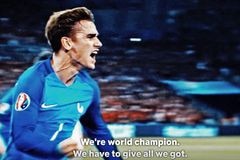