A couple of Mondays ago, Inspector Heins from The Ministry of Mundane Mysteries gave me a phone call.

I had asked his agency, a pandemic project of the immersive Toronto theatre company Outside the March staffed by out-of-work actors moonlighting as detectives, to look into a periodical that had gone missing from my mailbox. He was on The Case of the Purloined New Yorker – and had a number of friendly but probing questions for me about my life and love of print publications.

Over the next five days, at 3 p.m. sharp, I received short phone calls from a series of strange characters such as Bebe Stanton, a woman of great intelligence who warned me about a shadowy cabal looking to take down readers of highbrow magazines; and Carla H Marx, the (alleged) head of the Old Dutch potato-chip company who notified me that a shipment of my favourite snack-in-a-box may have disappeared in the mail as well.

Did Inspector Heins crack the case in the end? Well, there was a resolution of sorts – but I must admit it didn’t make a ton of sense. I nevertheless appreciated the wacky daily “auditory adventure” that forced me to escape into a semi-fictional version of my life for 10 minutes each afternoon, whether I was on deadline or the baby was crying.

It was additional entertainment for me, a regular theatregoer, to find out who was at the other end of the line at the end the week. I recognized Sébastien Heins (Bang Bang, Factory Theatre, Manitoba Theatre Centre and the Belfry Theatre) early on, but I had no idea I was speaking with actors Shannon Currie (The Jungle, Tarragon Theatre) as Bebe and Christy Bruce (Second City) as Carla. (I had imagined in my head, for some reason, the Stratford Festival’s Maev Beaty as both characters.)

By the way, The Ministry’s very catchy, 1980s-cartoon theme song is written by musical-theatre composer Britta Johnson. Detectives are currently taking on cases for $35 a pop and booking for the weeks of May 18 and May 25 – and there is a two-household option if you want to adventure with a friend or family member.

Here’s a blast from Canadian theatre past, revived online this week: Performer/playwright Chris Earle will stream his much-performed solo show Radio :30 on Facebook on May 14 at 9 p.m. ET.

Kate Taylor first reviewed this Shari Hollett-directed show about a recording session for a radio ad when it premiered at the Toronto Fringe Festival in 1999 – calling it “smart but accessible, simply built around a single clever idea and then sharply executed. It makes you giggle, and then think a little bit, before ushering you out the door with a satisfied smile on your face.”

Radio :30 is going digital as part of the #CanadaPerforms programming funded by the National Arts Centre and Facebook. A couple of other upcoming solo performances that caught my eye: Mary Walsh’s on May 14 at 7 p.m. ET and Beau Dixon’s on May 16 at 7 p.m. ET.

Speaking of Walsh, a belated happy birthday to the man she calls “the godfather of real homemade thrilling hand-hewed Canadian knock-your-socks-off theatre.” Paul Thompson, the great director of The Farm Show, 1837: The Farmers’ Revolt, Maggie and Pierre and other Canadian classics too numerous mention, turned 80 on May 5. Now’s as good a time as ever to watch the National Film Board film about Thompson created when he he was honoured for Lifetime Artistic Achievement as part of the Governor-General’s Performing Arts Awards in 2011. 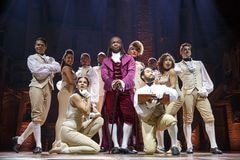 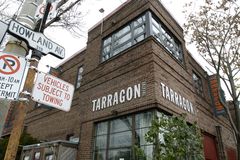 Stephen Sondheim tribute concert a masterclass for stage actors in how to perform online
April 28, 2020 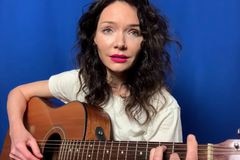