Mark Bristow helped kick start a wave of deal making in the industry last year when his Africa-focused Randgold Resources Ltd. agreed to be sold to Barrick for US$6-billion. A few months later, Newmont Mining Corp. announced it would acquire Goldcorp Inc. for US$10-billion, creating the world’s largest gold mining company. Barrick and Newmont also agreed this year to combine some operations in Nevada in order to reduce costs.

Now, he says, the time has come for more deals and more job cuts at gold companies.

Under Mr. Bristow, Randgold was known for employing a skeleton crew at its head office. Barrick, now the world’s second-biggest gold miner, is following the same model. One of his first orders of business was to issue layoff notices to about 95 people at the Toronto head office, bringing the head count down to about 65, and consolidating the entire staff on just one floor.

“In this modern world, there’s no logic to having big corporate offices. We’ve proved that’s possible at Randgold, and very quickly in just nine months at Barrick,“ Mr. Bristow said after the release of the company’s third-quarter results.

During a conference call with analysts, Mr. Bristow hinted that Barrick is itching to do another acquisition and said that West Africa is "a good place to start.”

In a interview with The Globe and Mail, Mr. Bristow expressed his admiration for Canadian miner B2 Gold Corp., saying he’d buy the company if the opportunity arose.

Vancouver-based B2 has been one of Canada’s best-performing gold stocks over the past five years, thanks to the rapid growth of its Fekola mine in Mali. Over the past three years, its shares have risen 22.5 per cent, versus an 8.9-per-cent decline for Barrick. B2 also has operating mines in Namibia and the Philippines.

Barrick, however, is unlikely to buy B2 at the moment, as Mr. Bristow deems it too expensive. He also pointed out that B2’s CEO, Clive Johnson, has indicated the company isn’t likely to sell itself without a significant premium to the current share price. Randgold and Barrick did their merger as a “no-premium” deal.

In the near term, Barrick is perhaps more likely to be a seller rather than a buyer of assets. The company has committed to selling US$1.5-billion in non-core assets by the end of next year. One of the mines it hopes to unload soon is its 50-per-cent share in the Kalgoorlie mine in Australia, which it co-owns with Newmont.

Mr. Bristow said a sale of its share of Kalgoorlie could be announced by the end of this year, or early next year.

One asset that Barrick had previously mulled selling but now says it is planning to keep is its Hemlo mine in Northern Ontario, which has been in operation since the mid-1980s. Last week, Barrick announced layoffs at Hemlo as it transitions to using contract miners. On Wednesday, Mr. Bristow said 61 people would be laid off but added that most were stepping up to take voluntary severance packages, with the average age of the work force being 57. A further 150 miners will lose their jobs next year at Hemlo, he said, when the open pit closes to make way for underground mining, something that should add about 10 years to the life of the mine.

After Barrick’s third-quarter results were released, its stock rose 2.4 per cent to close at $22.31 on the Toronto Stock Exchange.

The miner reported adjusted earnings per share of 15 US cents, 4 US cents better than analysts expected.

“The guidance was generally weaker than expected in 2020 and better in the remaining years,” Scotia Capital Inc. analyst Tanya Jakusconek wrote in a note to clients.

“At a high level, the plan appears to show more investment in the existing portfolio which will benefit the longer-term production profile.”

The comments from Mr. Bristow about slashing head-office expenses came one day after Newmont Goldcorp said it was on track to save US$100-million a year in general and administrative expenses, such as staff and corporate offices, as a result of its merger. 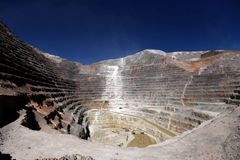 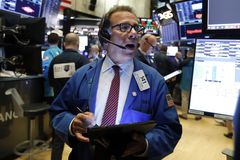 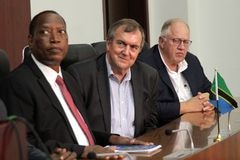