Canadian Imperial Bank of Commerce is expected to make major changes to its senior executive ranks and announce about 2,000 jobs cuts when it reports fiscal first-quarter earnings next week, according to sources familiar with the plan.

The shakeup at the top of Canada’s fifth-largest bank will usher in new leadership for its underperforming retail banking division, and in key functions such as risk and technology. CIBC is under mounting pressure from investors to get a tighter grip on rising expenses, and to jump-start growth in mortgage lending, a key source of revenue for the bank that has stalled over the past year.

Multiple sources said CIBC plans to move Christina Kramer, the head of personal and small-business banking, to a new role as head of technology and operations. Current chief risk officer Laura Dottori-Attanasio will take Ms. Kramer’s place at the helm of the retail banking division. The Globe and Mail is not identifying the sources because they are not authorized to discuss the bank’s plans.

Ms. Kramer will succeed Kevin Patterson, the current group head of technology and operations, who previously announced he would retire this year.

CIBC’s board of directors will review the plans for leadership changes and job cuts when it meets early next week ahead of the company’s earnings released on Wednesday.

Chief executive officer Victor Dodig has told staff to expect layoffs over the coming months as CIBC undertakes a new wave of cost control measures, but did not specify how many jobs would be lost. In an internal memo on Jan. 30, Mr. Dodig said that while CIBC has made “steady progress" on improving its efficiency ratio – which measures expenses relative to revenue – from 60.4 per cent in 2015 to 55.5 per cent at the end of 2019, “we have work to do to lower this ratio further.”

Mr. Dodig also highlighted efforts “to simplify the bank and work differently,” and to “streamline decision-making.”

The planned job cuts would amount to more than 4 per cent of CIBC’s total staff, as the bank had 45,157 full-time equivalent employees as of Oct. 31, up from 44,220 a year earlier. That would be comparable in scale to Bank of Montreal’s plan to cut about 5 per cent of its work force, announced last December.

Steve Theriault, an analyst at Eight Capital Corp., said he anticipates CIBC will record a restructuring charge next week to cover the expense of the significant job cuts. “How the market thinks about that will be interesting,” he added.

The last major makeover of CIBC’s executive team was in mid-2017, when Mr. Dodig moved more than 40 executives to new roles, reworked the bank’s structure to combine commercial banking and wealth management under a single division, and replaced the heads of retail banking and wealth. There have been other important changes since then, too.

With halting revenue growth and uncertainty about expenses, CIBC’s results are back under a microscope. In the third quarter last year, Mr. Dodig surprised investors when he revealed the bank’s expenses would rise at 4 to 5 per cent, at a time when rivals such as Royal Bank of Canada were pulling back on spending in anticipation of a tougher economic climate.

“It seems the expense growth is consistently high,” said Steve Belisle, senior portfolio manager at Manulife Investment Management, which owns shares in CIBC. “And at the same time, because they kind of mismanaged the mortgage growth in the last two years, the revenue growth has also been subpar.”

In mid-2017, CIBC’s rate of growth in its mortgage portfolio was roughly double that of its peers – rising 13 per cent year-over-year in the third quarter of 2017. But as CIBC tried to moderate its mortgage lending, it “put the brakes on too hard," Mr. Dodig said at a conference last year. CIBC’s mortgage lending tumbled and turned negative throughout much of 2019.

“While investors didn’t like that outsized growth, they liked zero or negative growth even less,” said John Aiken, an analyst at Barclays Capital Canada Inc., in an interview.

With questions still lingering about whether the bank will make further acquisitions to bolster its U.S. banking business, investors are looking for clearer signals about CIBC’s strategy for the coming year. For now, CIBC’s stock continues to trade at a sharp discount relative to other large Canadian banks.

CIBC had already faced skepticism from some investors and analysts about whether the bank has put the right senior executives in the correct roles to chart a more profitable course, even before the expected management changes. “There are doubts about that and they are legitimate to some extent," Mr. Belisle said earlier this week. "But it’s up to them to prove that the market is wrong.”

Why Wall Street isn’t too worried about coronavirus
February 20, 2020 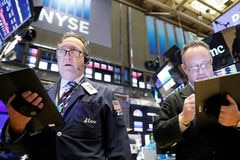 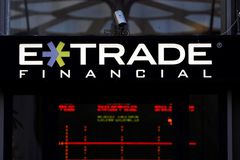 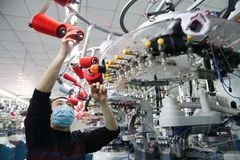