Benevity Inc., the darling of Calgary’s expanding technology sector, has added global star power to its investor group, including rock star Bono and former U.S. vice-president Al Gore, one of the world’s most outspoken critics of Alberta’s oil sands.

The celebrities are linked to two of the world’s leading social impact funds – private-equity giant TPG’s The Rise Fund, which Bono co-founded with Canadian Jeff Skoll, and Generation Investment Management, which is chaired by Mr. Gore. The two led a syndicate of institutions that includes Canadian pension-fund managers Canada Pension Plan Investment Board, Alberta Investment Management Corp. and Vestcor Inc., which invested between US$200-million and US$275-million in Benevity to buy a minority stake from controlling shareholder Hg Capital.

The investment, announced Thursday, follows a deal last fall by Hg, a British private-equity firm, to buy a controlling stake of Benevity in a deal valuing the company at US$1.1-billion. Benevity’s software allows employees to donate money or volunteer hours and is used by 19 million individuals at more than 650 enterprises, including Nike , Coca-Cola , Apple and Google.

The Rise Fund, one of the runners-up in the auction for Benevity that preceded the Hg deal, put in upwards of US$75-million in the secondary transaction, while Generation invested at least US$30-million. “We pursued and were quite interested in Benevity because we think it is one of the more powerful ways that an enterprise solution can further the delivery of good in the world,” said The Rise Fund managing partner Maya Chorengel, who joins Benevity’s board.

The Rise Fund and Generation “are the two pre-eminent names in impact and purpose investing in the world,” said Nic Humphries, a senior partner with Hg. He said that Hg and Benevity’s executive chairman Bryan de Lottinville and CEO Kelly Schmitt “felt they would be value-added partners and would represent the kinds of things the company really wants to represent societally with its clients.”

They invited the Canadian pension funds, all investors in Hg funds, to join “because there’s no better representation of Benevity’s mission to support millions of people around the world than millions of pensioners in Benevity’s home country of Canada.”

The new investors praised Benevity for helping companies engage and retain employees and help support social-impact initiatives. “We do think what Benevity is doing is very important in driving companies in their sustainability journey,” said Lucia Rigo, a partner with the growth equity team at Generation. “It’s a good fit with our investment criteria.”

Hg has been one of the busiest foreign investors in the Canadian software sector, snapping up four in the last year.

Benevity, which has 700 employees, is one of a group of emerging stars in Calgary as city officials have sought to diversify the economy. At least three have achieved billion-dollar valuations in the past two years; U.S. financial services giant Morgan Stanley bought software firm Solium Capital for $1.1-billion in 2019, while Genstar Capital bought RS Energy, a data and analytics provider to the oil and gas industry. Other Alberta-based digital companies including Neo Financial, Jobber and Symend have each raised tens of millions of dollars of venture capital in the past year.

After initially doubling down on the province’s ailing oil and gas economy, Alberta Premier Jason Kenney has recently shown interest in the province’s tech sector as a source of potential economic growth. Still, Mr. Gore’s Generation fund makes for a strange bedfellow in Benevity’s home province.

Mr. de Lottinville said: “I don’t think there are any binary elements to Alberta’s diversification. Building out the technology sector is an ‘and,’ not an ‘or.’” 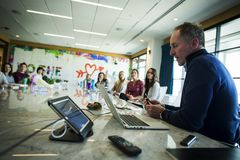 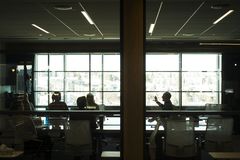 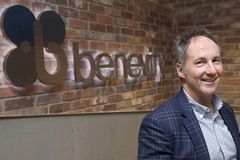